What Would You Swap the Toyota GR Corolla’s Turbo Three-Cylinder Into?

Tuners have already gotten the same engine to nearly 500 horsepower in the GR Yaris, so it’s good to go pretty much anywhere. 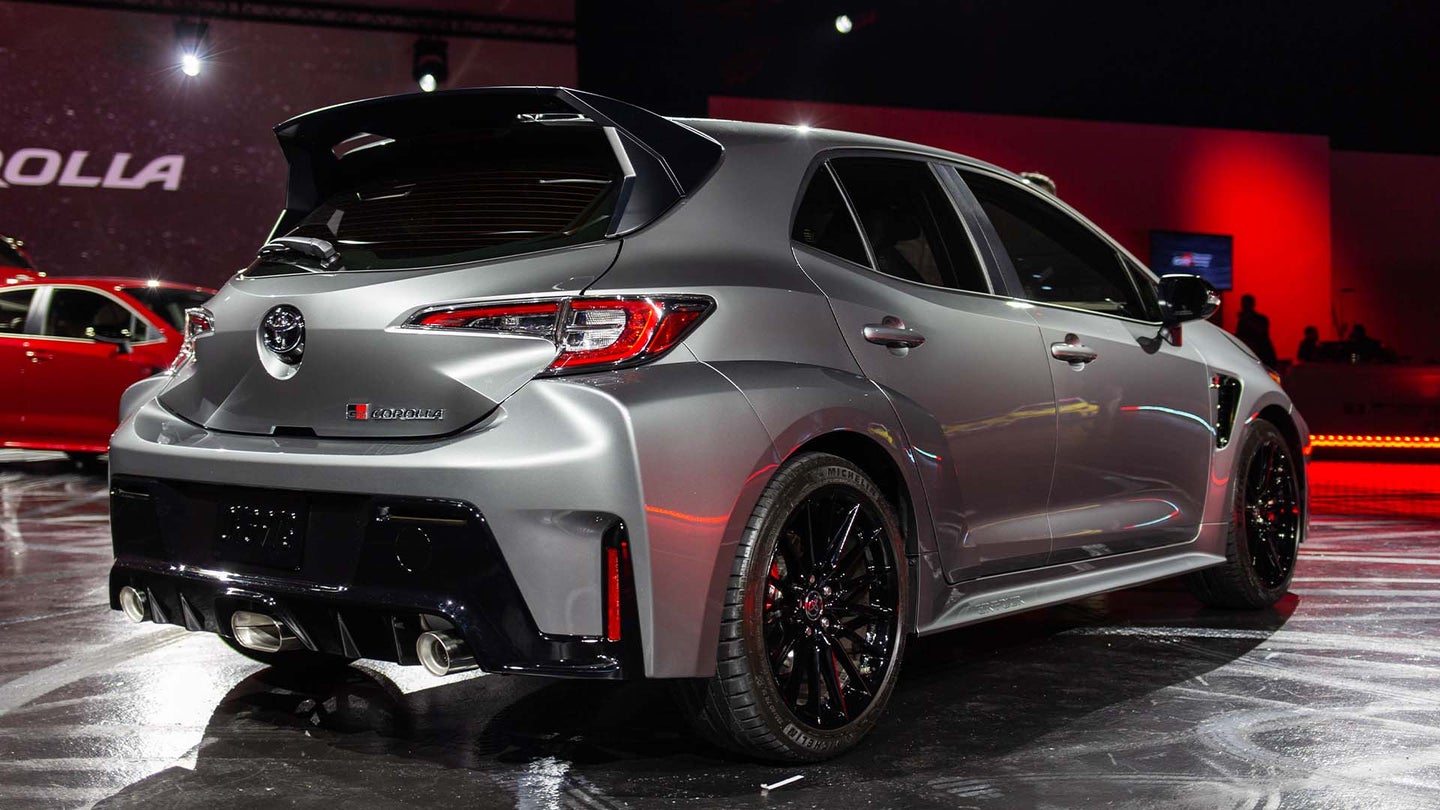 We Americans may never get the Toyota GR Yaris, but we are getting the GR Corolla, and it's one hell of a substitute. It's bigger and has a better version of the drivetrain in the GR Yaris, with the same six-speed manual, tail-happy all-wheel drive, and an angrier, 300-horsepower version of its 1.6-liter three-cylinder. Seeing as tuners have already proven the G16E-GTS is only a few bolt-ons from making 472 horsepower, it seems like the perfect engine for tons of other cars. So today, we invite you to share with us where you think it belongs.

Where would you swap the Toyota GR Corolla's engine?

Looking at the little G16E—which makes 187.5 hp per liter, or more than a Bugatti Chiron—it's hard not to feel it belongs in other modern Toyotas. It seems perfect for the GR86, making 72 more horsepower and 89 more pound-feet of torque than its current 2.4-liter four-cylinder. That would surely shut people up about the power problem once and for all. As it's an inline-three, it's also essentially half an inline-six, meaning Toyota's halfway toward the 2JZ-GTE successor the GR Supra has been waiting for.

This goes without mentioning the innumerable classic cars that would benefit from the GR Corolla's drivetrain, such as those haggard old Tercel All-Tracs we've all seen on Facebook Marketplace with 300,000 miles and more bumper stickers than a Route 66 gift shop. The possibilities are endless. It'd be just as fitting for a 1988 Toyota Pickup as it would be in an ST185 Celica, or if we're back to looking at performance cars, even an MR2.

Had I not paid for a swap in my SW20 before the GR Corolla was confirmed for us, I can guarantee you I'd be watching Copart for an engine donor.

Watch This Rotary-Swapped ATV Build Powered by a Snowmobile Engine

There’s a whole world of rotaries out there, just begging to be swapped in and revved out.