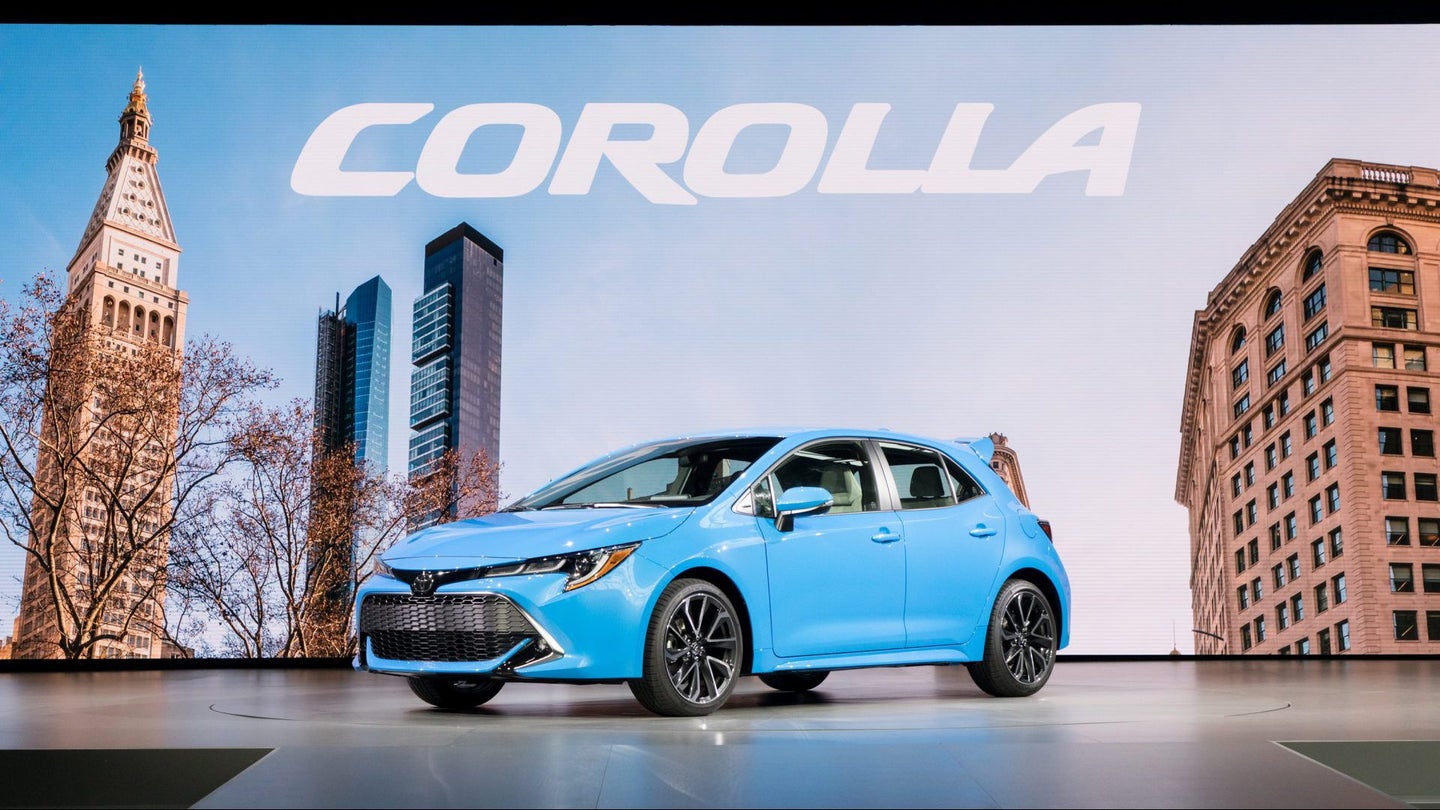 As part of its mission to shed its reputation as the most beige automaker of them all, Toyota may build a hot, "Gazoo Racing" version of the new Corolla hatchback. Speaking to Australia's CarAdvice at the redesigned compact's launch last week, Corolla chief engineer Yasushi Ueda said that while there are currently no concrete plans for a hot hatch version, it's a project he'd welcome with open arms.

And it's not just Toyota's engineers who are wanting to do a fun Corolla. The company's marketing brass are apparently game for a GR hatchback as well if the marketplace is right. "[There are] no plans right now, but you know, with Gazoo Racing and the opportunity that it presents I think in the future, and should some sportier car become available in the Gazoo Racing lineup, it would be a car that would be very interested in and we would certainly do all of our market research to support bringing that car to our market," said Toyota Australia vice president of sales and marketing Sean Hanley.

It's unclear whether a Gazoo Corolla would be positioned in the affordable Civic Si/GTI/Focus ST arena or take on the more serious Type R/Golf R/Focus RS set. Given rumors that the upcoming Gazoo-branded Supra will be offered in four different performance tiers, we're predicting two distinct flavors of Toyota hot hatch: a balls-out Corolla GRMN and a milder, more accessible Corolla GR.

We've reached out to Toyota for further comment and will update this story when we hear back.