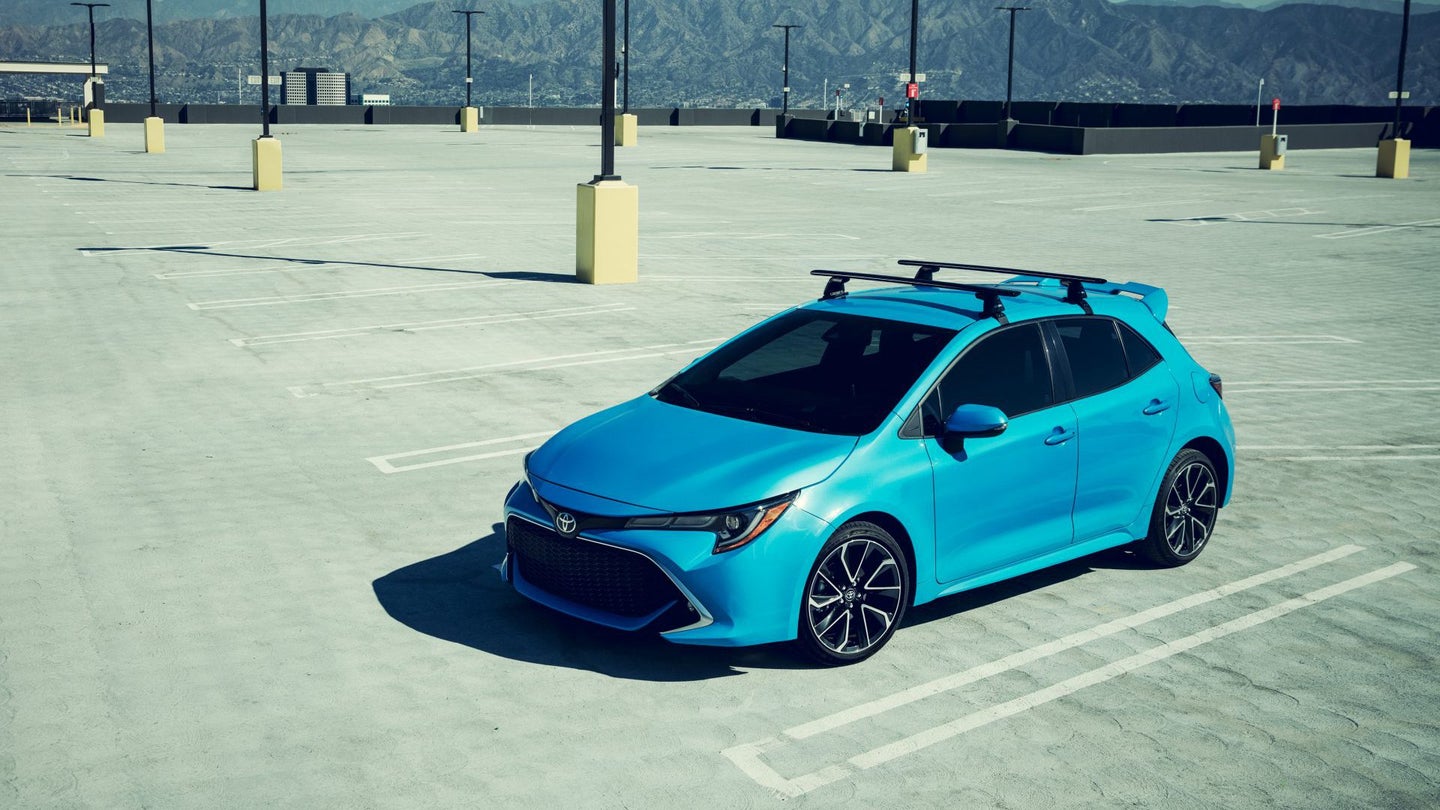 Toyota has filed for trademarks on the name "Corolla Cross" with the intellectual property bureaus of 13 countries plus Europe, as pertaining to "automobiles and structural parts thereof."

A total of 14 filings have been made, 12 in a six-day period in late August, with only those in Indonesia and Mexico falling outside this period. The dozen other countries include Brunei, Singapore, Malaysia, the Philippines, Cambodia, New Zealand, Australia, Chile, the United States, Canada, and Italy. A blanket filing was also sent in to the European Union Intellectual Property Office (EUIPO). 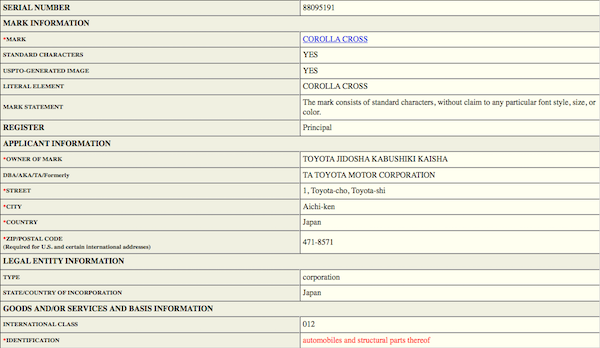 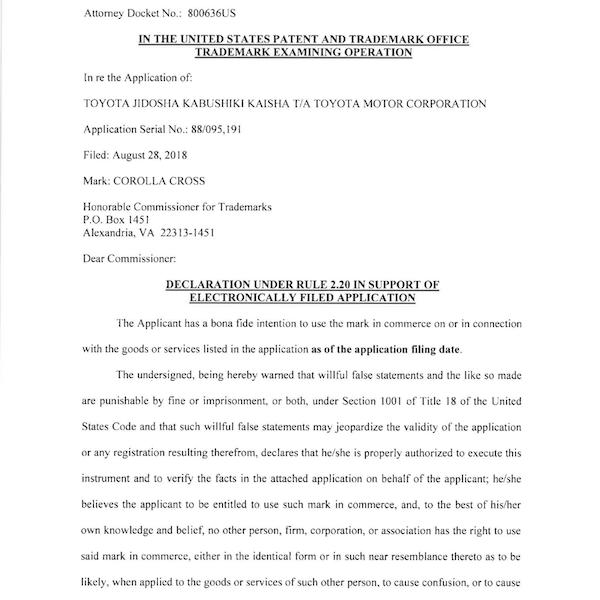 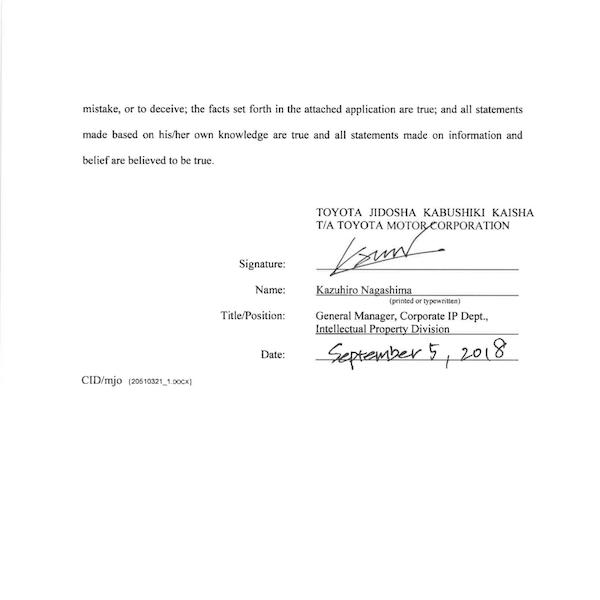 We speculate "Cross" as used is short for "crossover," a term that has come to describe unibody SUV-lookalikes that have become popular in recent years. Toyota has yet to get back to us about whether it intends to build another small crossover or one bearing the Corolla badge. We imagine such a vehicle could compete with its current CH-R or Rav4. However, Toyota's continental general manager Jack Hollis advised last November not to count out the possibility of multiple crossovers in the same segment.

"It's like the 90s again, we can have more than one vehicle in each segment if they are different enough," Hollis told Motor Authority. Hollis also stated that if a new crossover similar to the CH-R comes out, it will be based on the Toyota New Global Architecture platform, as the current Corolla is, and will offer all-wheel drive, unlike the CH-R.

Toyota theoretically has plenty of room for sales growth in the compact and subcompact crossover segment. Despite the crossover body style's popularity and the downward trend of sedans, the CH-R's sales have yet to take off and have been beaten every month of 2018 by the Corolla at least five times over. Furthermore, its name being similar to that of the larger Honda CR-V doesn't help, as it could send confused customers wandering toward Honda showrooms instead when searching for the tiny Toyota crossover.

Though Toyota may see a market for a Corolla-like compact or subcompact crossover and could build such a vehicle on either the same or a similar platform as the redesigned Corolla (and have made moves for the naming rights), these still amount to little more than circumstantial evidence pointing to the Corolla Cross being a reality. Toyota has a history of not necessarily turning trademarked names into models. Take for instance its bid for the Celica trademark as of September 2017 and the "Furia" and "Corolla Furia" names in the U.S. and Canada respectively.

The Furia did eventually arrive as a concept car at the 2013 North American International Auto Show, however, demonstrating the design direction for the now-outbound generation of Corolla. It's possible that the Corolla Cross is a concept vehicle like the Corolla Furia, and that its debut could come at an auto show later this year. The Paris Motor Show starts in early October and the Los Angeles Auto Show in late November. If there is a Corolla Cross on the way, one of these events could be its debut.