BMW Files For Trademarks on ‘CSL’ Models in US

Looks like North America is getting the CSL treatment for the M2, M4, and M8. 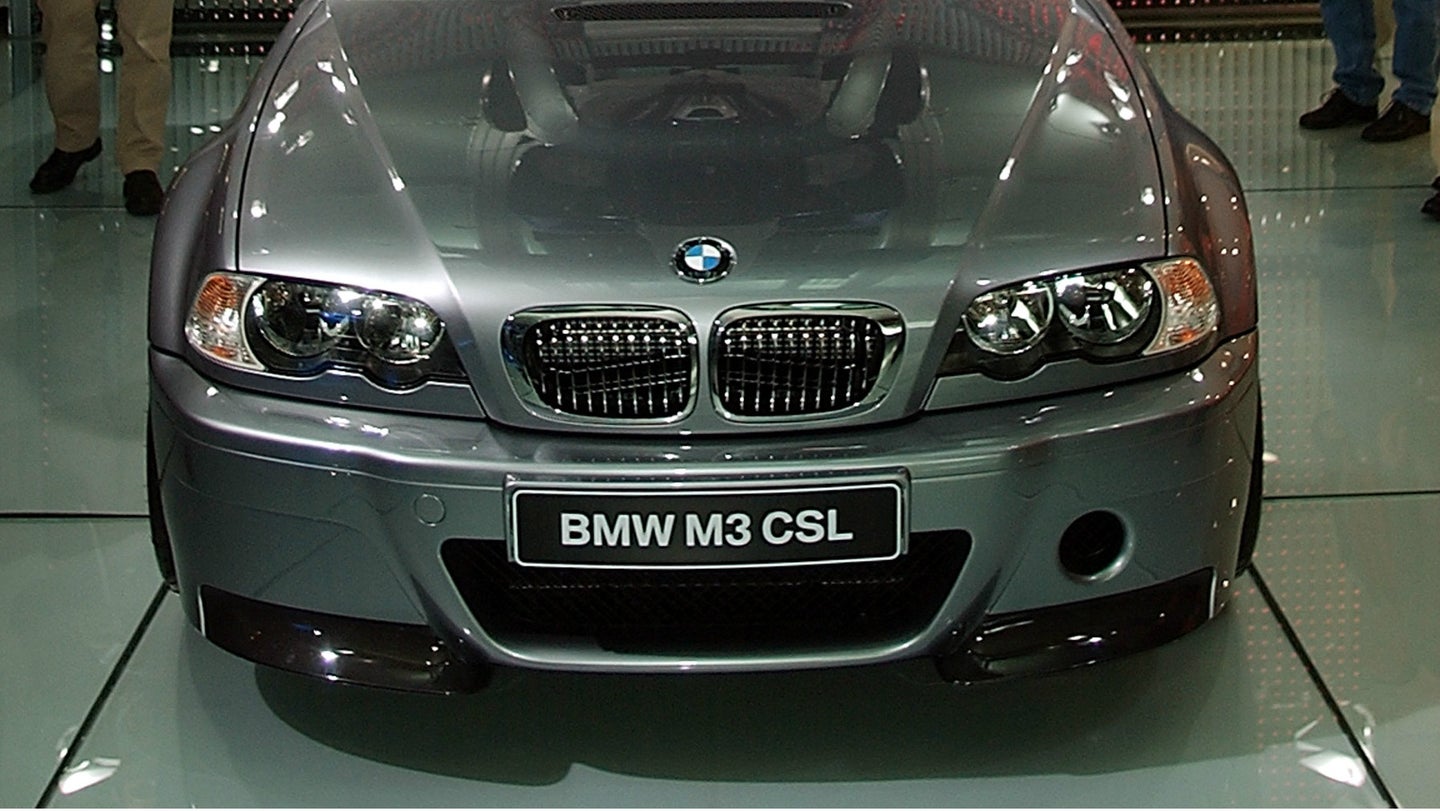 Trademark and patent databases serve, at times, as a vital weak link in the otherwise secretive internal workings of many an automaker. The Drive learned last month of a potential revival of the Toyota Celica via a trademark filing, and now, BMW's beans have been spilled for them by the World Intellectual Property Organization, which reveals through a database search for the term CSL in the United States that there are a trio of trademarks filed for by BMW, dating from April 19, for the M2 CSL, M4 CSL, and M8 CSL. Searching BMW's German home market yields M CSL variants of all eight coupes and sedans either in current or near future production by BMW.

The US Patent and Trademark Office's database returns the same trio of cars, serving to corroborate the trademark filings.

At present, BMW does not manufacture an M1—a name used only on the company's short-lived supercar—or M7, and the 8-series has yet to return from the hiatus it began in 1999, though it's due to return next year. We already have some idea of what it will look like, too, as an 8-series concept has been released to the public, and BMW is planning to campaign the M8 GTE in the 2018 season of the World Endurance Championship.

CSL itself stands for Coupe Sport Leightbau, or Coupe Sport Lightweight, and has not appeared on a BMW since 2004, when the M3 CSL spent a single year in production, and was limited to 1,400 units. The M3 CSL undercut the M3's weight by 240 pounds by sacrificing creature comforts and using a body made from CFRP, as well as a carbon fiber intake manifold.

If the same treatment given to 2004's M3 CSL is applied to future CSL models, they can be expected to sport either CFRP or carbon fiber bodywork and fewer luxury features found in their garden variety M counterparts.

The Drive reached out to BMW for comment, but none has yet been returned.