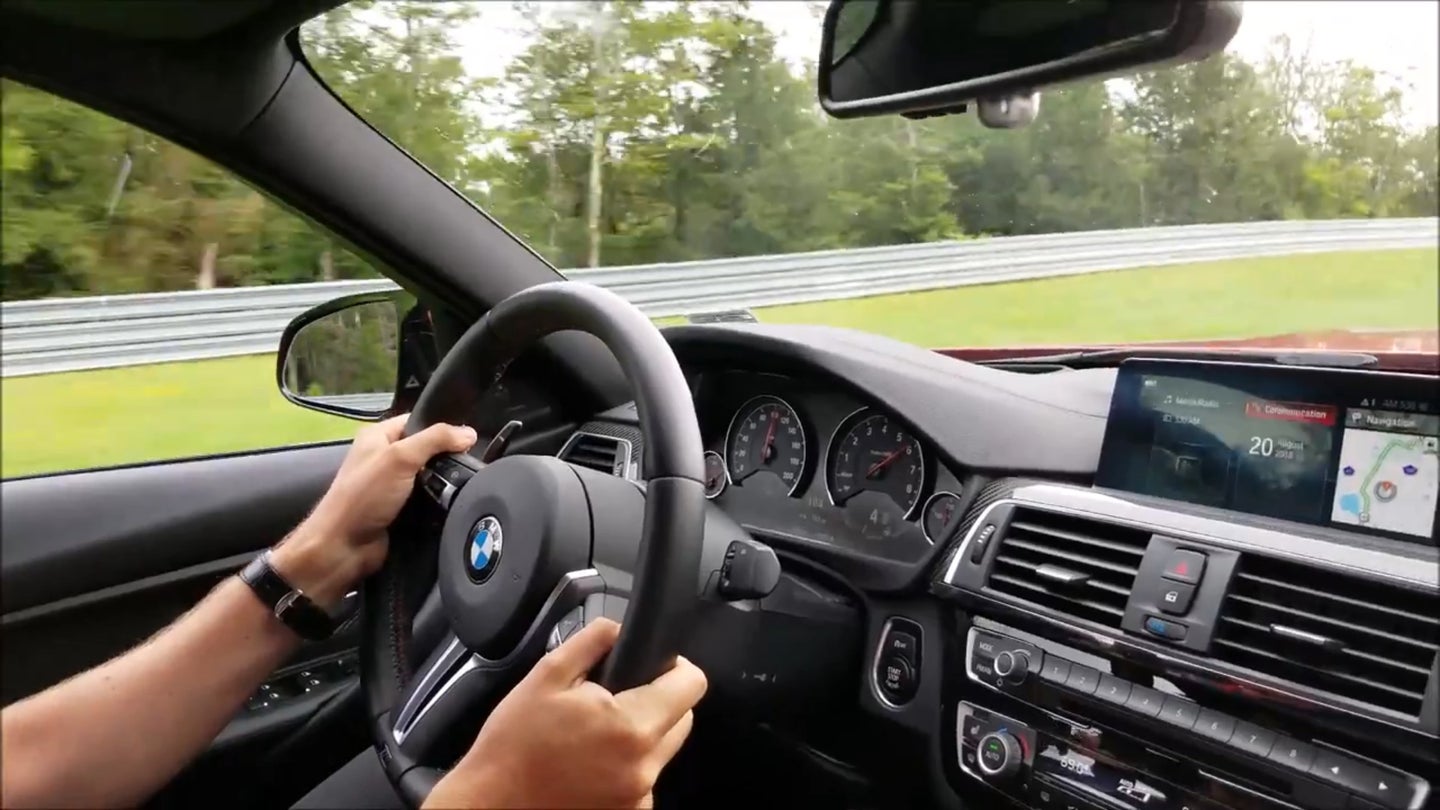 Since 2016, BMW has given general car enthusiasts and even more BMW M aficionados the chance to get behind the wheel of the newest BMW M vehicles at a track-day experience called BMW M Track Days. The high-performance event visits top-notch racing circuits around the country ranging from the FIA-approved Circuit of the Americas in Texas to the swanky Thermal Club in California.

As the owner of a BMW E92 M3 and all-around car enthusiast, I didn't waste any time when I found out that BMW M Track Days was coming to the Monticello Motorclub. After reading the details of both eight- and four-hour programs, I registered for the $250 four-hour gig (eight-hour is $750) and prepared to have a heck of a time.

When I arrived at the beautiful racetrack nestled in the forests of Monticello, New York I knew I was in the right place. BMW M cars of all generations adorned the parking lot while dozens of new BMWs lined up for the day's activities. Speaking of which, registration was silky smooth. All I had to do was show my driver's license in order to receive a lanyard and a light blue, dark blue, red, or white wristband. Oh, I see what they did there!

Before I was allowed to drive, I had to sit through an informative 45-minute classroom session. If you've taken part in organized track outings before, then you will most likely already know this basic information. Luckily, the presenter kept it interesting. My presentation was run by BMW Driving Schools Lead Instructor Adam Seaman, who before being an expert in thrashing M cars around a track he was a former Formula Drift Pro 1 license holder.

It's after the classroom session that the fun truly begins. My group, the red wristband, was scheduled to drive the BMW M2 first. The M2 is part of BMW's nationwide Ultimate Driver contest, which picks the best two drivers from each city the M Track Days visits and sends them to the BMW Performance Center West located in sunny Thermal, California. Everyone in my group had a chance at being the Ultimate Driver courtesy of two laps around Monticello's Go-Kart track in a BMW M2. If your not first, you're last—and sadly I scored a fifth place that day.

Once we were done with the M2, it was time to test out other M offerings in a drag-race/stop-box battle. I enjoyed some old-fashioned drag racing at the wheel of a BMW M5, M4, X6 M, and X3 M40i, which allowed me to experience their scorching zero-to-60 times and their beefy brake setups once I reached the stop box. Needless to say, they all performed effortlessly.

The last driving experiences during my visit were the lead-follow laps in the BMW M4 and M3, which pairs up groups of two per vehicle as they take turns leading the pack of cars behind the instructor. Marketing for the event advertises the ability to reach speeds above 100 miles per hour, but in all honesty, that depends on your running group's ability. You can only go as fast as the cars in front of you and passing isn't allowed. That being said, my speedo read 125 mph down the back straight at Monticello so I was more than fortunate to be in a speedy group. If speed is your thing, you will most likely get your fix.

While the lead-follow laps were the last driving experience of the day, that didn't mean the fun had come to an end. Now it was time for the instructors to get behind the wheel and shred some tires for our viewing pleasure.

"They have a lot of built-up frustration by the end of a day," said lead BMW M Track Days instructor Adam Seaman about the staff.

Lastly, here's a short video of instructor Robert Stout working his magic behind the wheel. Stout is a racer in his own right with off-road and Pirelli World Challenge racing experience.