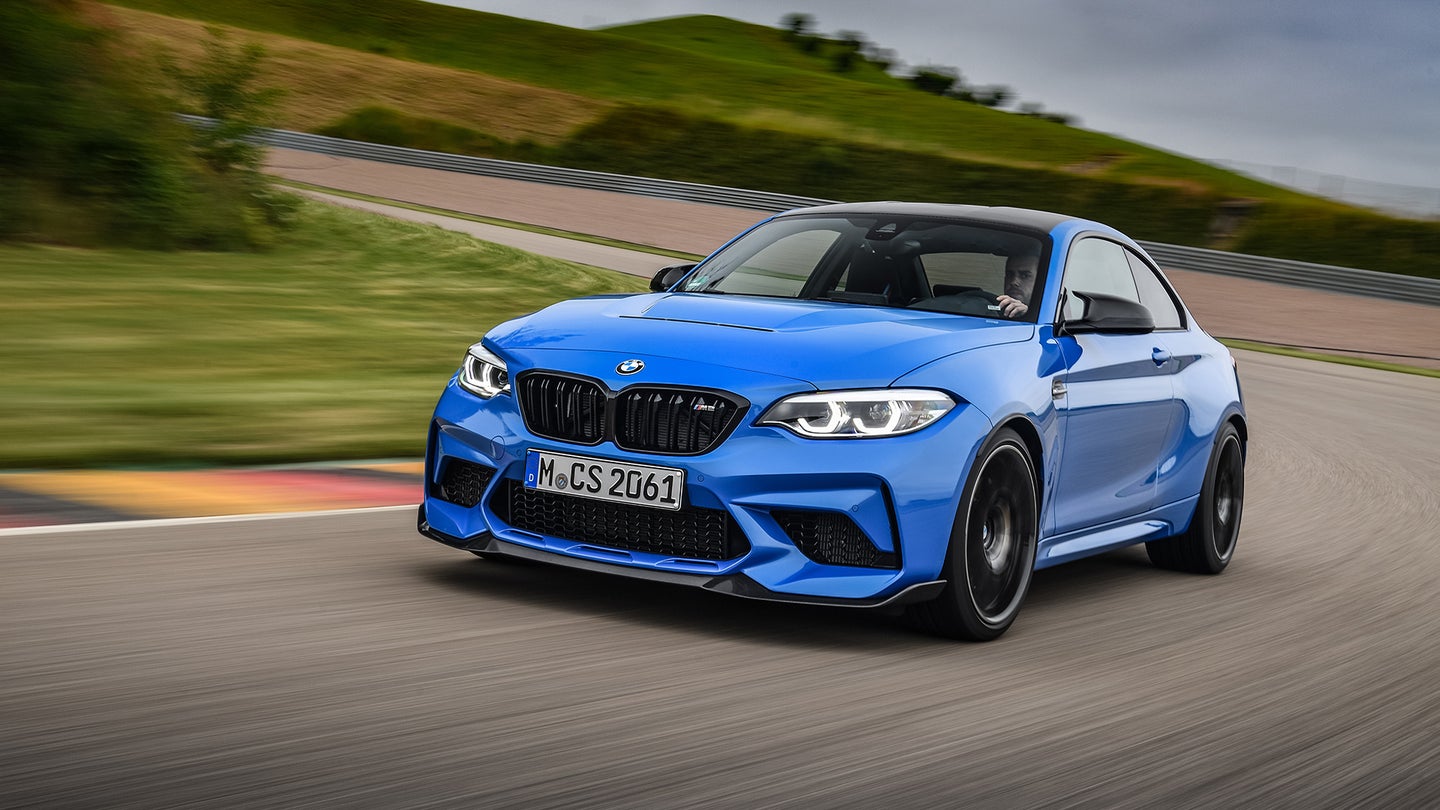 The BMW M2 is the enthusiasts' favorite Bavarian model for a number of reasons. For starters, with its compact size and sporty proportions, it's exactly what the M3/M4 used to be before the whole segment got bloated. The great impressions continue once you drive the thing. Regardless of if it's the standard M2, the succeeding M2 Competition or the M2 CS in question here, these M cars are a blast to use as intended. The M2 CS packs the 444-horsepower twin-turbo straight-six from the M4 Competition, and as such is the fastest of the lot.

Another plus for all three versions? No new-style BMW grille. Sure, the same can be said about the outgoing M4, but that car is bigger and heavier, as well as more expensive. Those really keen on driving are likely to continue choosing the manual M2 CS over its more grown-up siblings as long as this spec is available.

Germany's Sport Auto magazine is a regular at the Nürburgring and a huge fan of performance group tests. As such, the publication regularly puts two-time Nürburgring 24 Hours class-winner Christian Gebhardt behind the wheel of fast cars to see what it comes down to when it's not a manufacturer's perfectly set up Nordschleife ride.

With the same pro driver on the same empty track under similar conditions, Sport Auto's hot laps give pretty consistent results, confirming how outrageously capable standard road cars have become. With the M2 CS being a rear-drive car with an automatic here, as well as BMW's power-to-weight champion, Christian Gebhardt recorded a lap just under 7:43, which is almost a second faster than Honda's then front-wheel-drive Nürburgring record set in 2017 by a development Type R, which had a cage and its rear seats plus infotainment removed to compensate for that weight.

Five years ago with Gebhardt driving, the Porsche Cayman GT4 on Michelin Pilot Sport Cup 2s turned out to be slightly quicker around the Nürburgring than the M2 CS just now. On the plus side, the small footprint BMW also managed to beat Gebhardt's time in an AMG-powered Aston Martin V8 Vantage on Pirelli P Zero A6As from last year. Results may vary each hour on this bumpy stretch of tarmac surrounded by the woods, yet this drive should speak for itself:

Of course, hardcore BMW fans will know that the M2 CS is no new to the 'Ring. Not only in the sense that the brand uses the track for development as much as everybody else, but also since BMW M Motorsport is actively racing the CS there through the Walkenhorst Motorsport team.