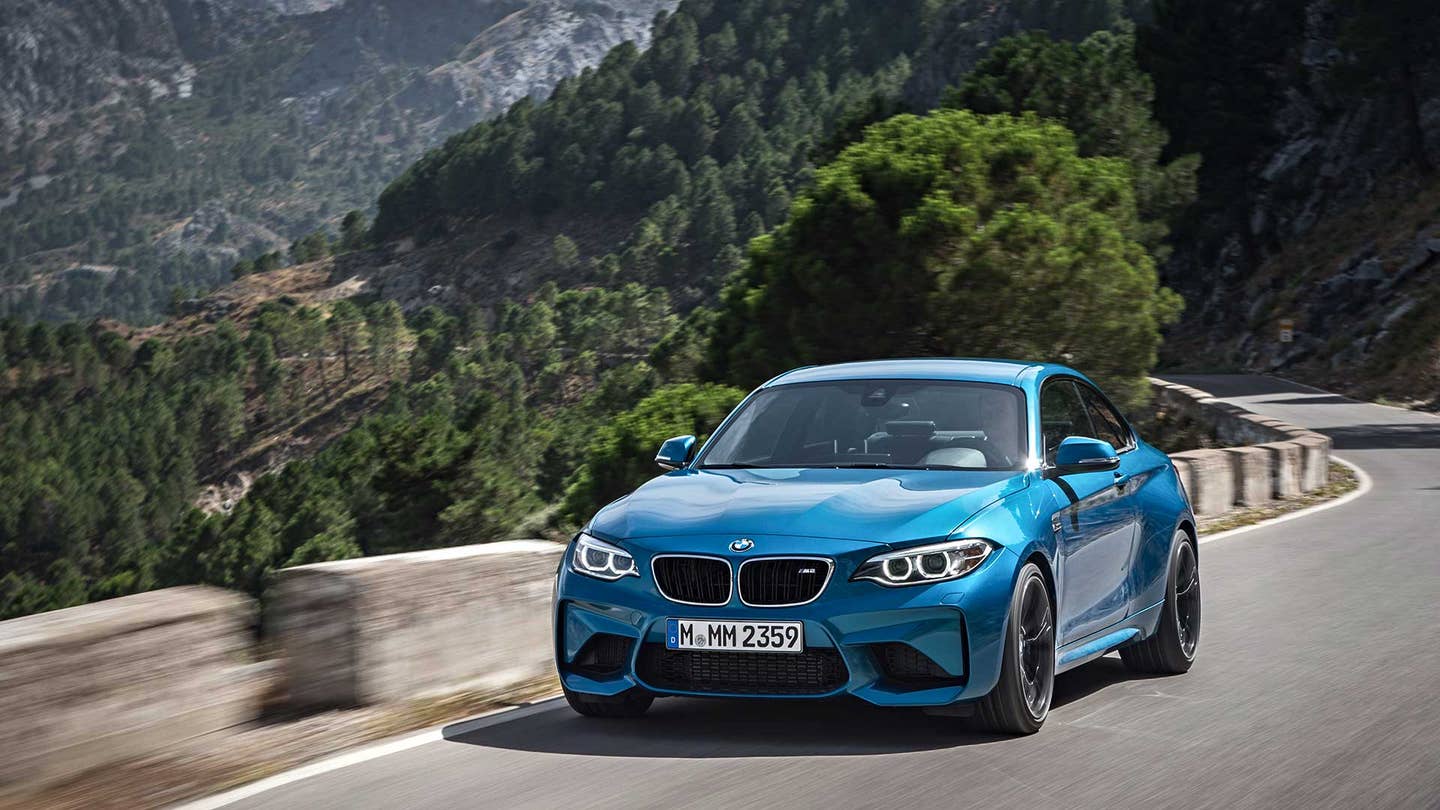 The BMW 3 Series is the size of the old BMW 5 Series. The 5 Series is as big as the old 7 Series. And the 7 Series makes a nice alternative to leasing an Imperial Star Destroyer. Does that mean the 2 Series is the new 3 and—be still our hearts—that the just-announced M2 could be the mythical 2000-2006 M3, known to fanboys by the internal code E46, reborn?

On paper, it certainly looks so. Compared to the E46 M3, this new M2 is just one inch longer and a half-inch taller, and width between the two cars is identical. So it’s the right size. The M2 is wider than the M235i—which, despite the misleading name, is not a true M car—and flares out the bodywork for bigger 19-inch alloys shod with Michelin Pilot Super Sports.

As with the current M3, two transmissions are on offer: a six-speed manual and a dual-clutch seven-speed automatic. The M2 also gains suspension similarities with the bigger M4, and gets the limited-slip M-differential for more rump-shaking action.

It's all putting us in mind of the deranged 2011 1M coupe, a sawed-off street brawler that surpassed the old M3 in excitement if not in outright pace. But wait, there's more. And unfortunately in this case, the more is not welcome

Cars equipped with the dual-clutch gearbox tip the scales at a girthsome 3,450 lb, with the manual coming in even heavier at 3,505 lbs. For comparison, that's only about 100 lbs lighter than a four-door M3. This will all surely come at an additional cost, with pricing expected to come in around $50,000.

Then there's the other sad trombone of the 2 Series, on which the M2 is based. BMW claims significant revisions to the source material’s electronic power steering, but the M235i's wan handshake made it less engaging than the old 1 Series. The M2 wouldn’t have to match the tingly tiller of the E46; we’d be satisfied merely with more precise, satisfying steering than the 2 Series delivers.