A casual enthusiast might tell you that BMW's M-badged models are the company's peak performance offerings. The true fans know that in reality, the rare CSL models are a cut above. In its latest video, BMW has given us a look at more CSL prototypes that show just what the Bavarians can achieve when they put their mind to it

The star of the video is the BMW M2 CSL prototype, built on the F87 model that debuted in 2015. It's a lithe, lean machine with bodywork the opposite of subtle. There's a wide red splitter up front, balanced by a GT-style wing at the rear. That wing sits on a pair of bionic-styled supports that were produced with a rapid prototyping process, similarly finished in red to catch the eye. The design plays heavily to the CSL theme of using advanced design techniques to save weight by using a minimum of material.

Inside, there's a red half-cage which adds rigidity in addition to rollover protection. It also serves as a mounting point for the four-point harnesses, which are paired with the racing buckets up front. The car was given a full working over to save as much weight as possible, including the usual lightweight center console seen in virtually all CSL model, and of course, a carbon roof.

As per the base model, the one-off M2 CSL prototype has a 3.0-liter inline ix good for 420 hp. In the end, BWM chose to build the M2 CS instead, which sported slightly more power but without touches like the GT wing, nor the coveted CSL badge. In a short clip, we see the M2 CSL is more than capable of laying down a sweet drift with BMW M Driving Experience instructor Ede Weihretter behind the wheel.

Next up, we get a close look at the upcoming BMW M4 CSL. It's the third CSL model ever to go into production, following the original 3.0 CSL and the E46 M3 CSL. To celebrate this fact, it's positively lathered in red trim, gaping vents, and even has glowing CSL badges in the bucket seats. Local car youths would describe it as "pretty fuckin' sick," even if that's a phrase likely to cause an aneurysm for the president of your local BMW club.

The hood is carbon, with the huge strakes left unpainted to create contrast and reveal the composite construction. The famous snorting nostrils get a coat of red eyeliner, as do the M4 badges on the fenders. In the engine bay lurks the beefiest strut brace you've ever seen. It's sure to add stiffness and improve handling, while also adding a good 5-10 minutes to a wide variety of service jobs that require it to be removed.

There's naturally a huge splitter up front, and a nice ducktail spoiler at the rear that work together to add downforce. The rear lights are a particular highlight, with the exclusive CSL parts looking resplendent in all red. Matching the color of the badging and trim, they do a lot to make the car stand out from every angle.

The M4 CSL puts out 543 hp from its 3.0-liter, twin-turbo inline six, up 40 hp over the M4 Competition. Weight-saving efforts shaved 240 pounds off the curb weight, bringing it down to just 3,640 pounds. It's available in rear-wheel-drive only, with just 1,000 units to be produced.

As The Drive covered previously, BMW dropped the companion part to this video last week, diving into other secret prototypes lurking in the garage. Overall, it's great to see that BMW is still intent on pursuing the CSL ideal of "Coupé Sport Lightweight." The prototypes and production models alike show just how great a sports car can be when you shave off the bulk and add some well-chosen performance touches. 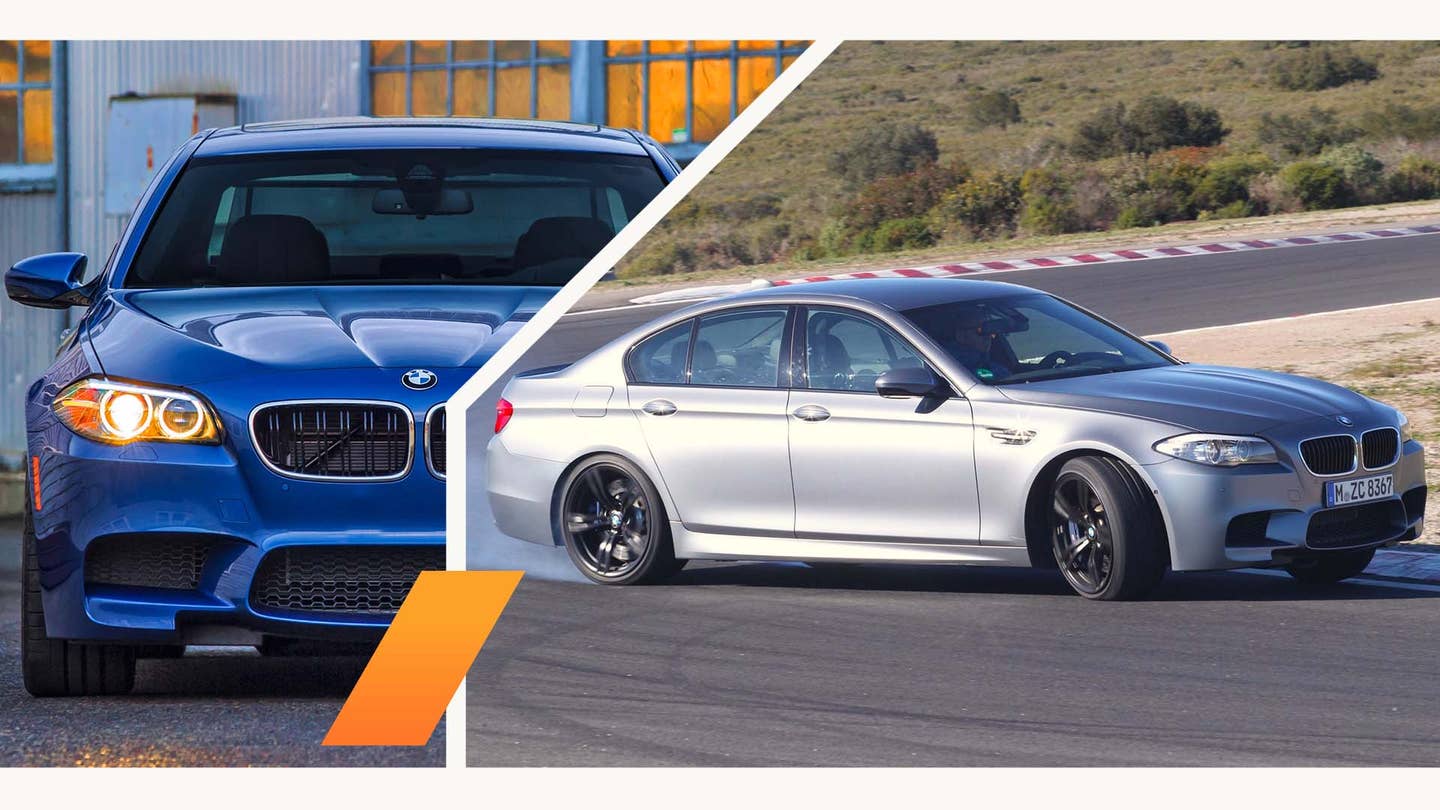 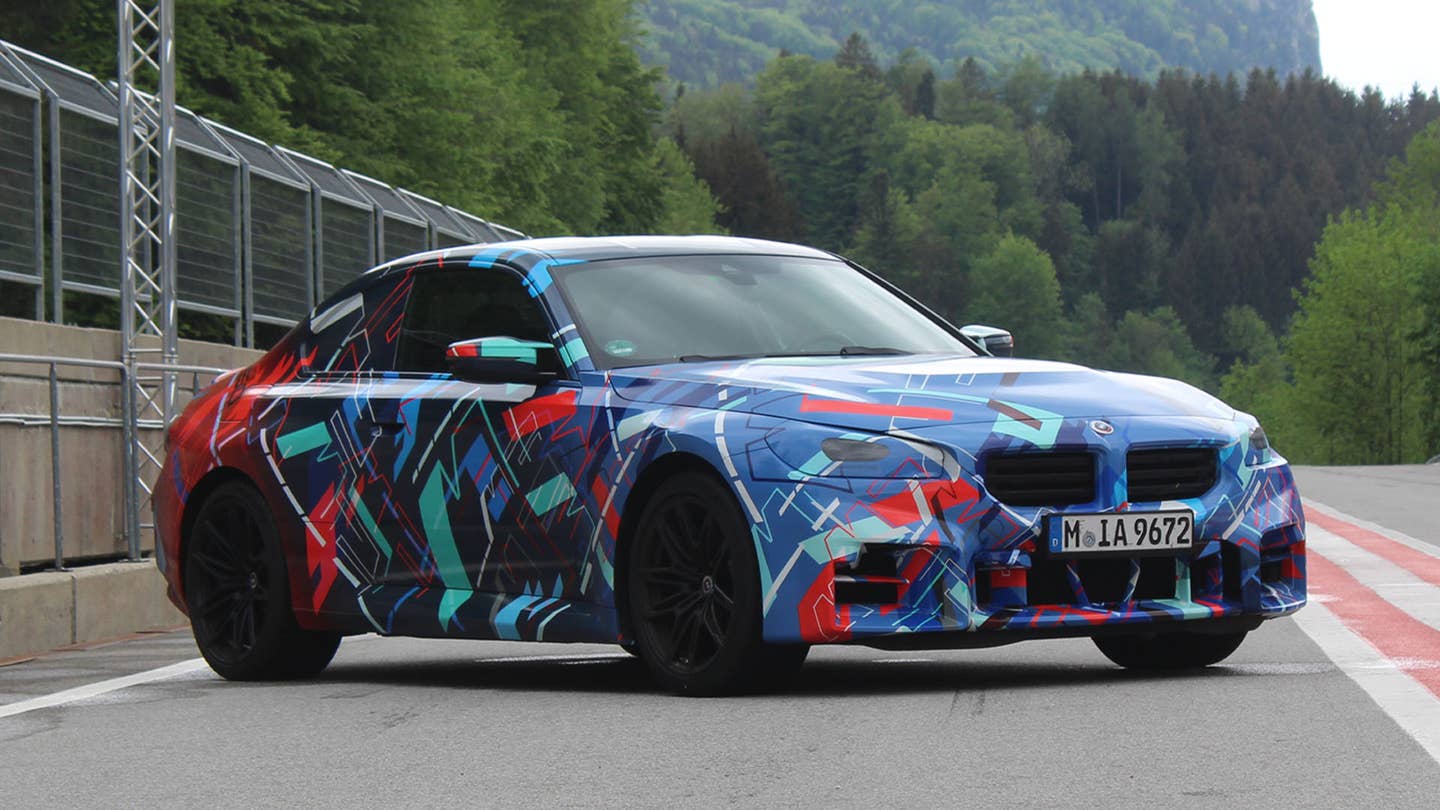 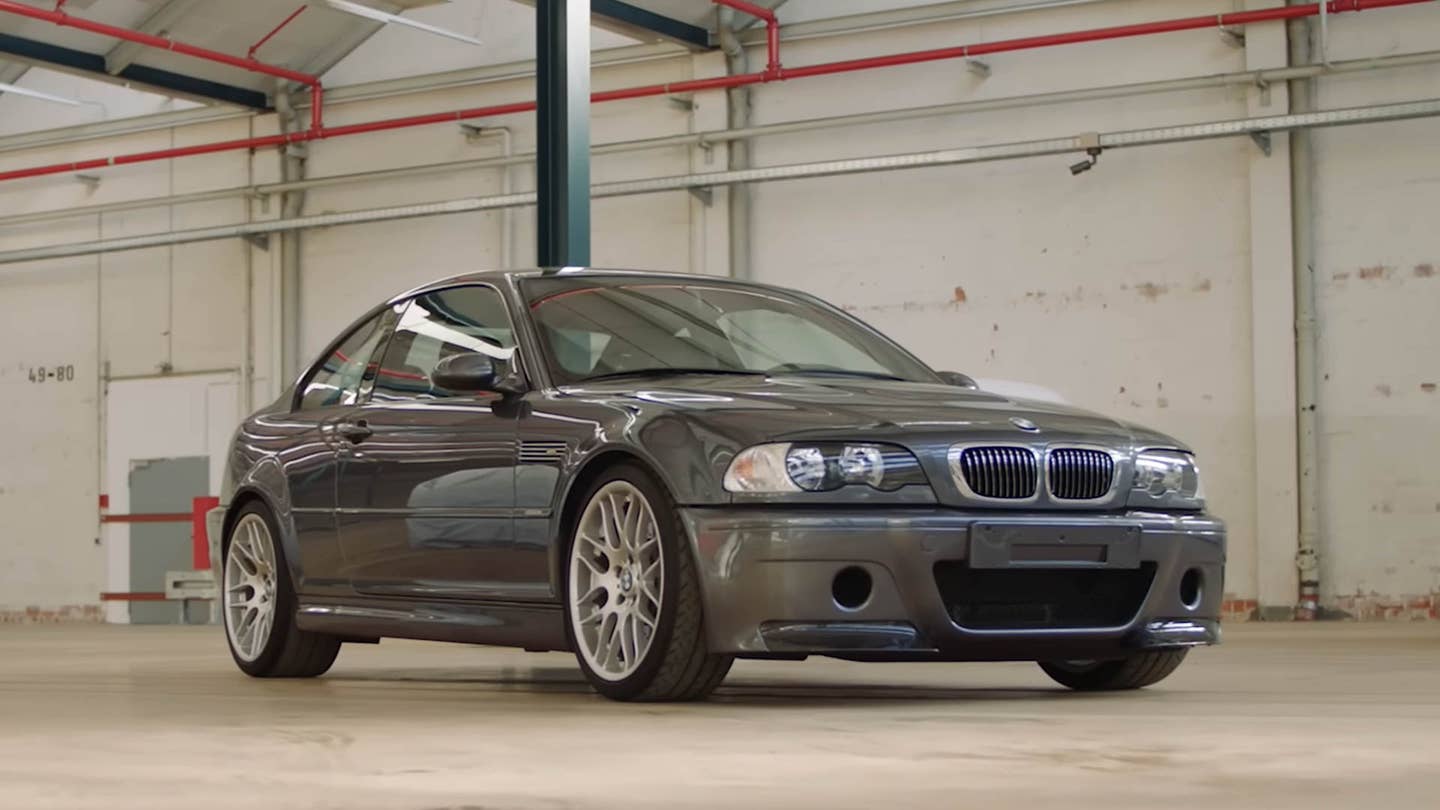