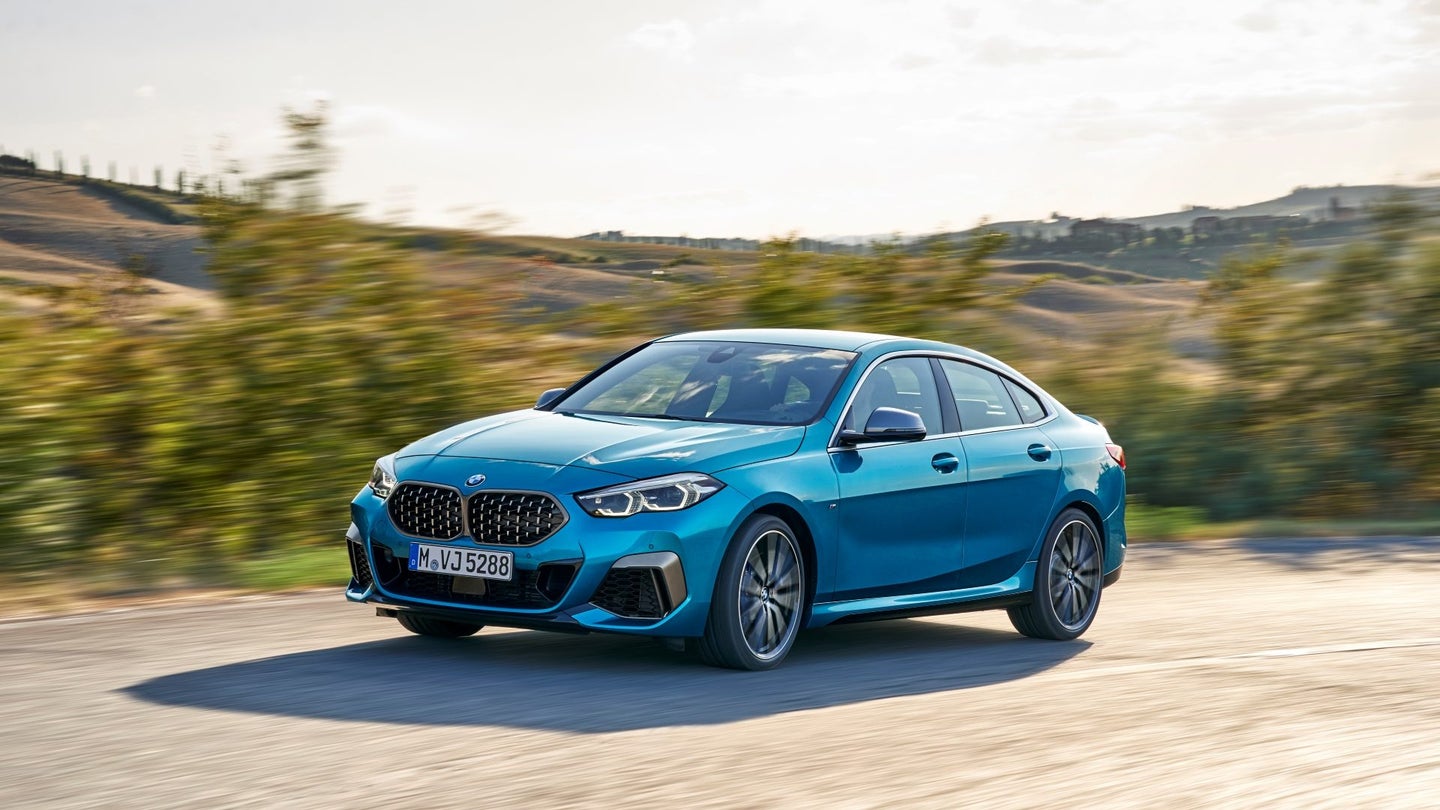 As far as four-door coupe BMWs go, there are gorgeous examples like 8 Series Gran Coupe, and then there's this: the 2020 BMW 2 Series Gran Coupe. Designed to be an entry-level BMW and the direct competitor to the Mercedes CLA, it aims to bring an air of sophistication and pricey design to an otherwise entry-level ride.

The 2 Series Gran Coupe aims to bring all of the classic "four-door coupe" styling elements to the relative masses. Frameless windows, sloping beltline, low slung, wide stance, it's all here. Mainstream cars have been doing better and better impressions of luxury fodder for years now, and this 2 Series GC seems to be converging towards those economical competitors in the middle of the segment in terms of the overall design. The BMW badges and bulging rear convince us that it's a real Bimmer, but other angles simply fall short. Beauty is in the eye of the beholder, of course, so if the aforementioned M8 Gran Coupe is a dream car of yours but you ain't got the money just yet, the 2 Series Gran Coupe just might be your bag.

Besides the polarizing styling, drivers can be drawn to a 228-horsepower, 2.0-liter turbo-four engine in the 228i xDrive model. In the M235i xDrive version, BMW tuned the four-pot to make 301 hp, which means it can hit 60 mph in 4.6 seconds when the optional overboost function is enabled. The 228i does the same run in six seconds flat. Power travels through an eight-speed automatic transmission to all four wheels.

The four-door also boasts a fancy near-actuator wheel slip limitation system called ARB that was apparently inherited from the company's i3 electric car. It improves traction on wet or icy surfaces using a controller placed directly in the ECU, making it react faster to conditions. A good ol' mechanical Torsen limited-slip diff up front is also standard on the M235i Gran Coupe.

Pricing has yet to be announced but we're expecting it to start somewhere in the low to mid $30,000s when it goes live in March 2020.