The grille is happening, people. 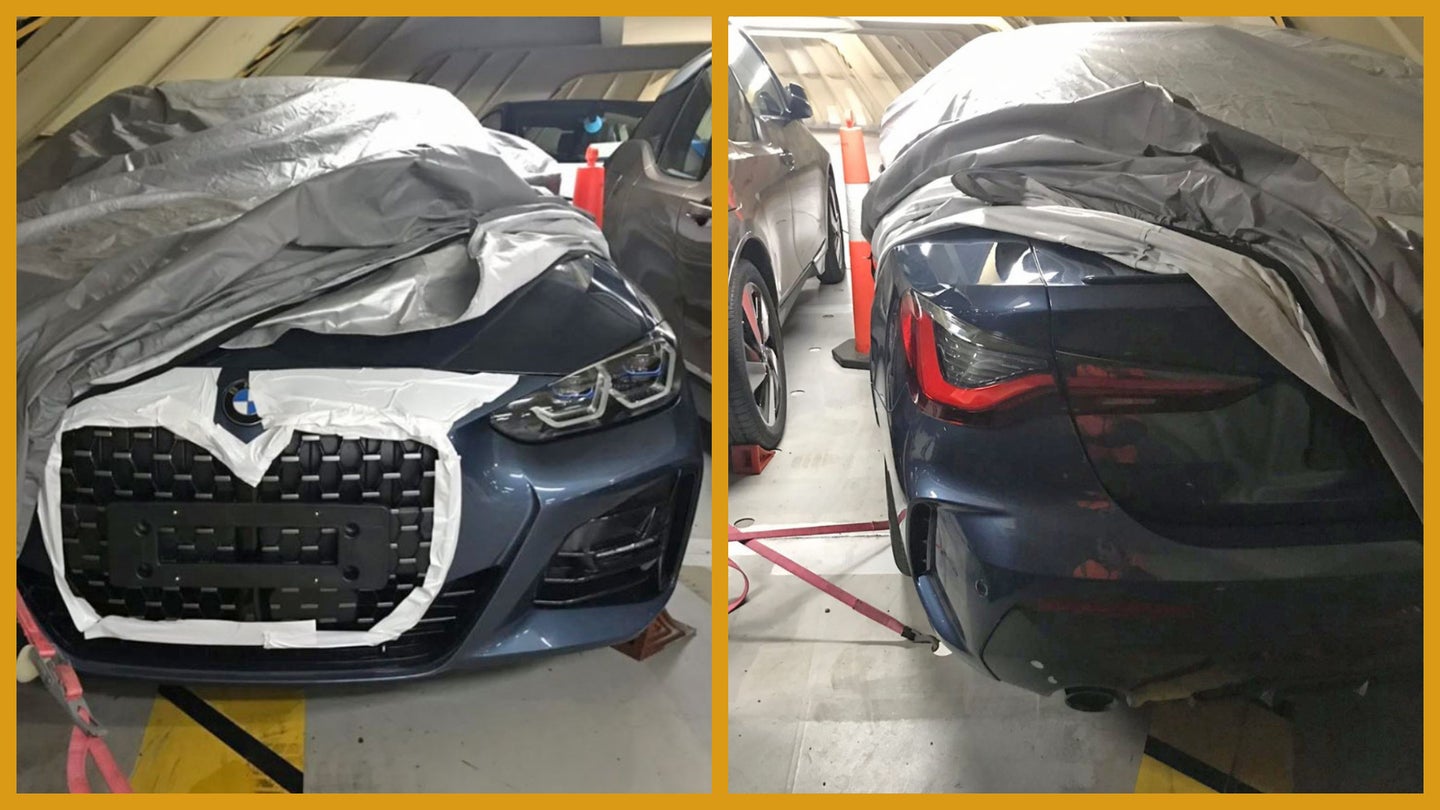 After being snapped making its way down the assembly line back in October, a car that's all-but-confirmed to be the next BMW 4 Series is showing its massive grille once again thanks to some sneaky photographers. Spotted on the Bimmerpost forums, the shots depict a partially exposed BMW sitting in what appears to be a cargo ship or container (peep the heavy-duty straps and wheel chocks) with a bucktooth-style kidney grille mirroring that of the Concept 4 and M4 GT3 race car.

While the previous leak only gave us a peek at the front of the next 4er (allegedly), this most recent leak includes a glimpse at the German coupe's production-ready rear end that's clearly Concept 4-inspired and unmistakably a BMW. Again, allegedly.

As for the specific caliber of 4 Series this happens to be, this doesn't look like it's the full-on M4 but a rather warmed-up M440i what with its sporty-but-not-too-aggressive front and rear bumpers.

Speaking of full-on M cars, previous reports have quoted BMW M boss Markus Flasch in saying the next-gen M3 won't launch until next year despite the car being ready since at least last October. Both the M3 and M4 are expected to get the same 3.0-liter turbocharged straight-six already employed in the X3 and X4 M crossovers making up to 503 horsepower.

The Drive has reached out to BMW for comment on this latest crop of leaked photos and will update this story when we hear back.