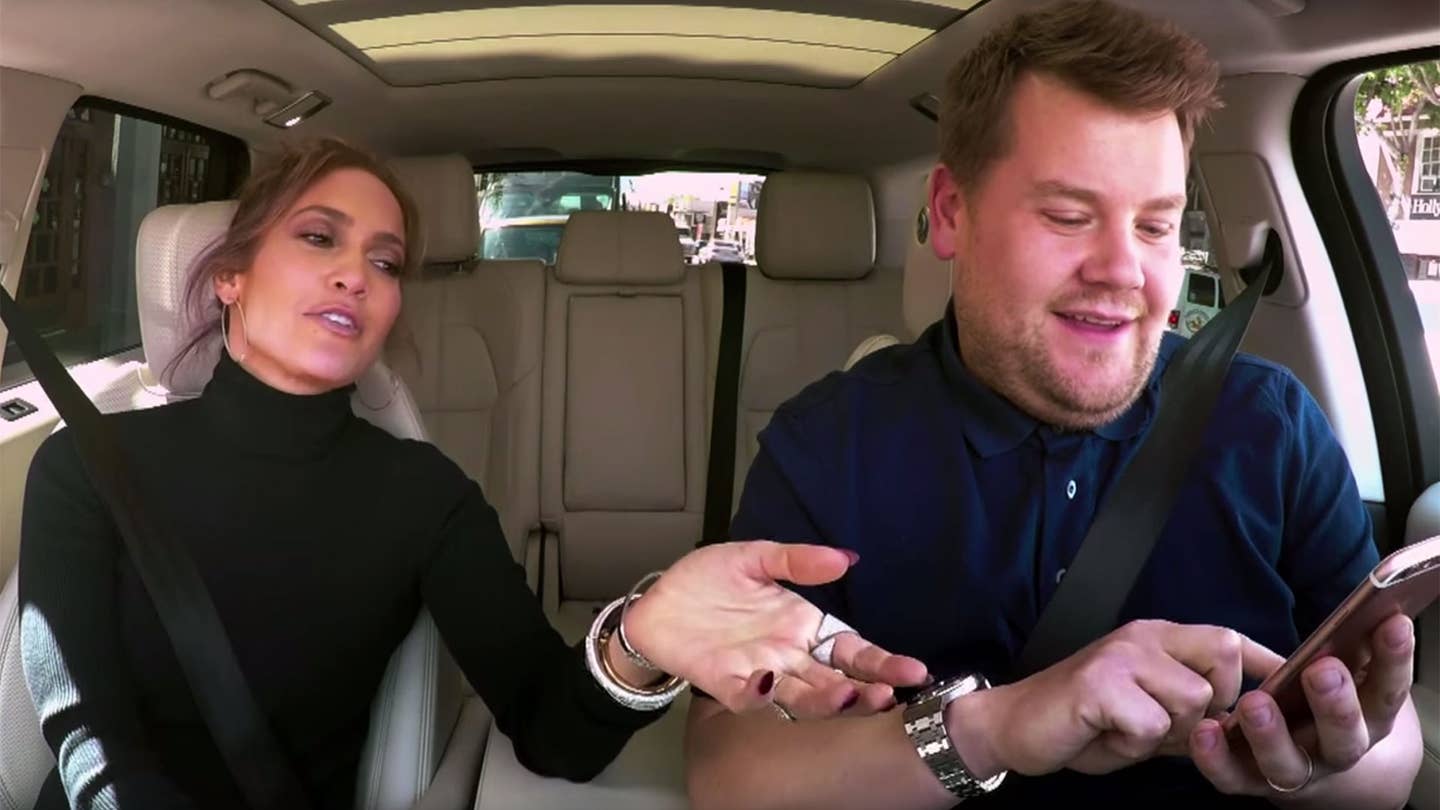 Jennifer Lopez, whom you may remember from Gigli, or perhaps “the block,” joined The Late Late Show host James Corden for the latest installment of the wildly popular franchise ‘Carpool Karaoke.’ While bopping around in a Range Rover, the duo belted out several inspired renditions of Lopez’s hits, including “My Love Don’t Cost A Thing” and “Booty” in between chats about the singer’s three failed marriages, two rejected engagement proposals and her ample hindquarters. (Lopez uses this opportunity to quash the belief that her bottom was insured. It is not.)

Pulling up to a light, they happen upon two fellows in a stanced BMW M4 with a body kit. Corden takes it upon himself to inform the gentlemen, “Jennifer says she’d talk to you, but that’s a terrible car.” Whoa, boy. Corden repeats himself while Lopez laughs and asks what kind of car it is. To be fair, she doesn’t strike us as a car person, unless a manufacturer is paying her scores of money to shoehorn their flop of a compact into a music video. (Cough, cough, Fiat.) Driving off, Lopez declares the Yas Marina blue hue to be “off,” prompting Corden to crap all over the spoiler and the tire setup. “I will not allow you to fraternize with someone on that level,” Corden smirks.

The rest of the video is comprised of a Bruno Mars cover, Lopez translating the lyrics of her Spanish album, and showing Corden how to act in a music video, which amounts to stroking your own face, smelling your armpit in a seductive manner and then breaking out your “O” face. The video concludes with Lopez flipping through her phone contacts while Corden reads the names of the famouses aloud - Bradley Cooper, Cristiano Ronaldo, Chris Brown, et cetera. (They didn’t get much beyond the Cs.) He hoots at Leonardo DiCaprio, snatches her device and fires off a missive, asking the Oscar winner for suggestions on where to cut loose. Moments later, DiCaprio’s reply comes through. “You mean tonight, boo boo? Club-wise?” ...Boo boo? That’s DiCaprio’s pet moniker of choice?

Jeep pulled the ad from its official channels after TMZ reported the charges against Springsteen earlier this month.