The seatbelt didn’t do him any favors, either. 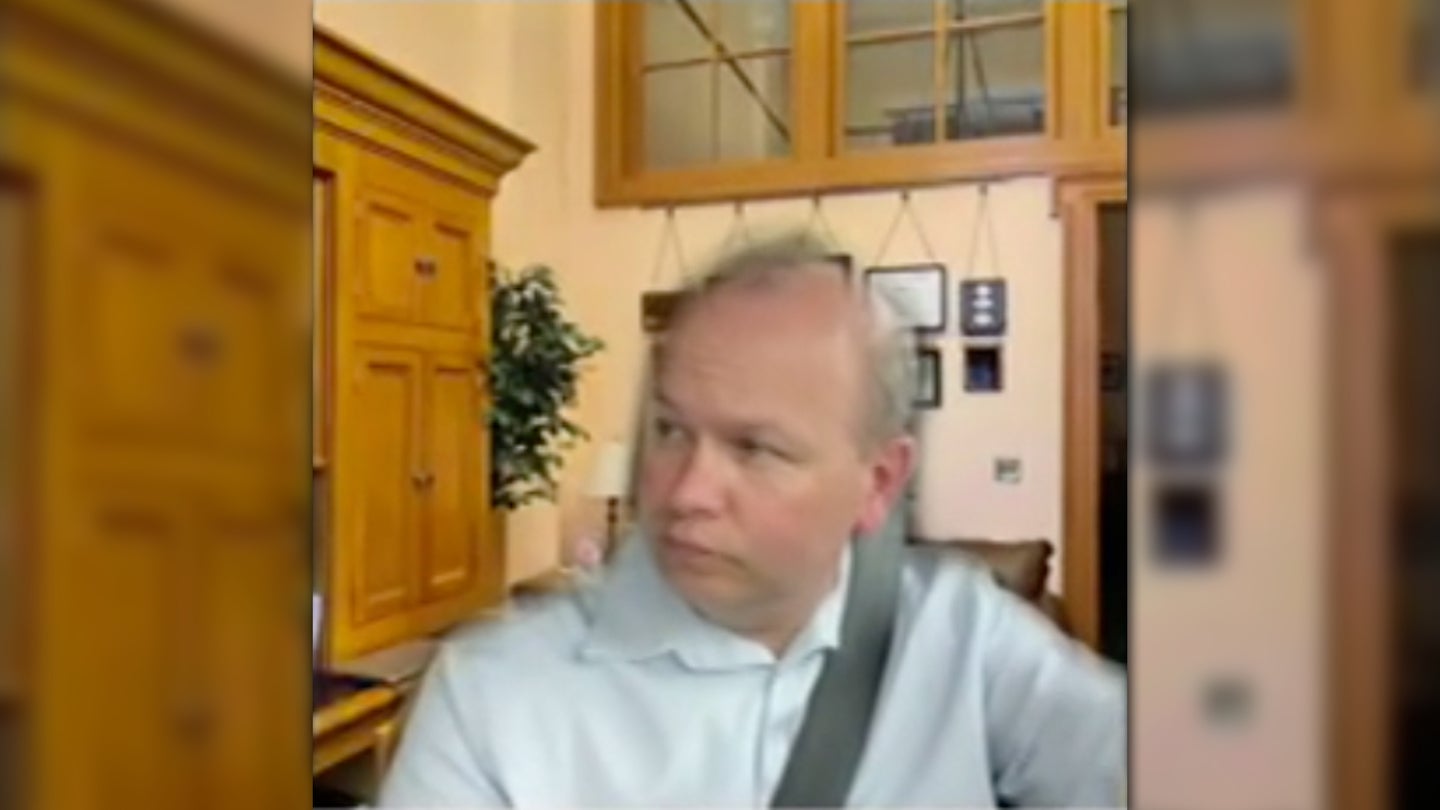 This past year, pretty much everyone struggled with one form of video call trouble or another. Forgetting to unmute oneself before talking, appearing on camera looking like a sewer rat (me), or using backgrounds that don't obscure your disheveled housemates. Or, in the case of Ohio state Senator Andrew Brenner, using a background that couldn't hide that he was splitting his attention between duties as a legislator and driving. Y'know, two things that deserve his undivided attention.

Brenner, a first-term Republican state senator, attended Monday's brief convening of the Ohio Controlling Board on a video call with his fellow legislators, most of whom called in from their homes. The Godwin's law-invoking Brenner, however, called in from his car which was initially parked, but after fiddling with his phone and activating an office-esque background, Brenner began to drive. Even if his background's faulty cropping obscured his moving surroundings, his main focus would've been given away by the presence of a seatbelt and the regular diversion of his eyes.

The state Senator's video call hijinks may have gone almost unnoticed, had he not that same day heard a bill introduced in the Ohio Senate proposing stricter limitations on distracted driving. If passed, House Bill 283 could ban almost all use of electronics while driving, and Brenner, who activated his camera with the background on the move before turning it back off within 20 seconds, would fly afoul of it.

Predictably, Brenner has been defensive of his behavior when questioned.

Whether or not Senator Brenner thinks of a video call like he does a phone call, though, he certainly didn't treat it like one. Nobody takes their eyes off the road to glance at their phone while on audio alone—not unless they're also doing something else they shouldn't be doing while driving.