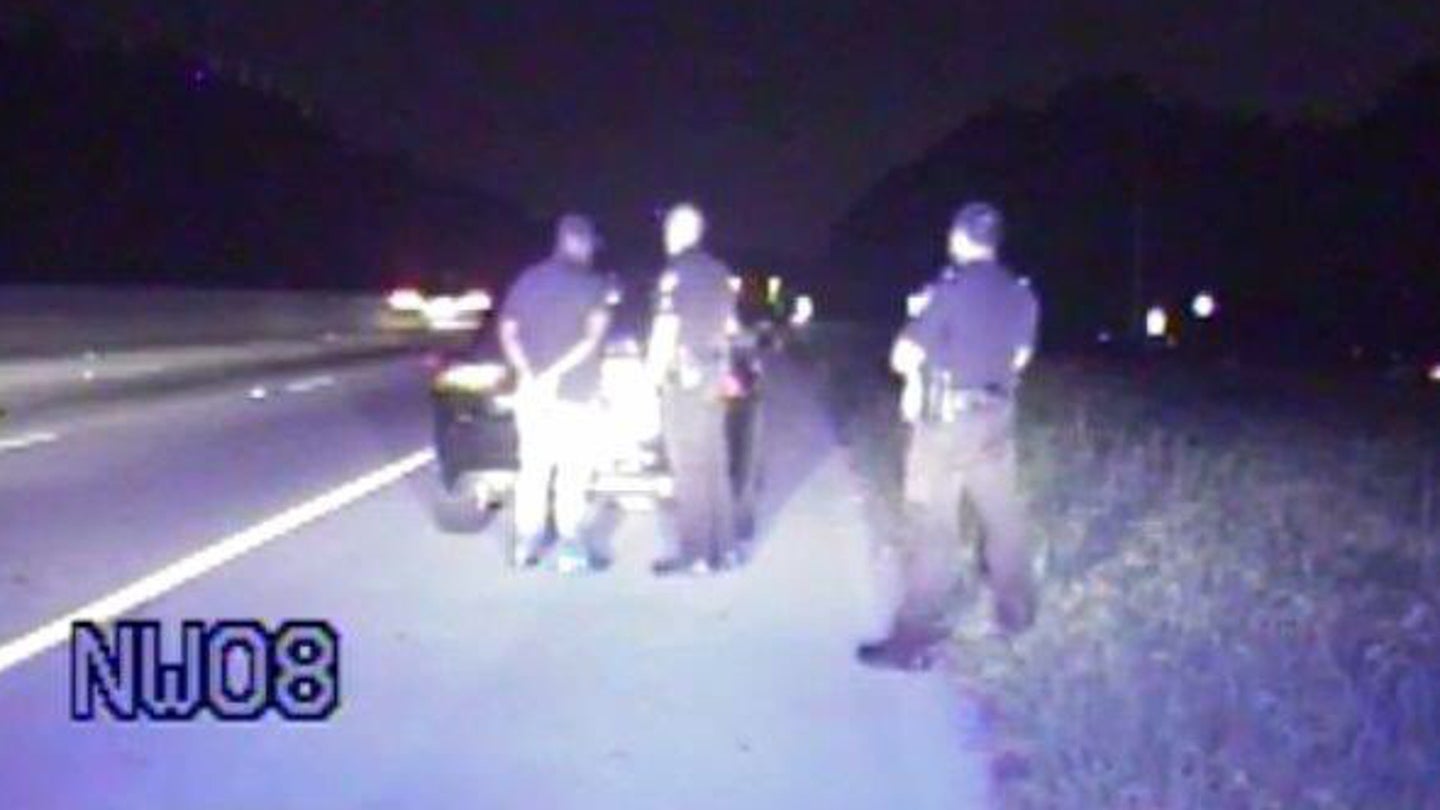 Here's a hot tip: if the police pull you over for doubling the speed limit, you're probably going to jail. Being honest and forthright in your answers about why exactly you felt the need to drive so recklessly isn't liable to spare you a night in the clink. And sometimes, it can backfire into a spiral of internet infamy.

Late Tuesday night, police in Alpharetta, Georgia spotted a black 2015 Dodge Charger move into the left lane and accelerate rapidly away from traffic on State Route 400, and a radar reading on the car showed it was traveling at approximately 112 miles per hour. Officers quickly caught up and pulled over the driver, a 24-year-old named Malon B. Neal.

Here's where the fun begins. When police asked Neal if he knew how fast he was traveling, Neal replied that yes, he did, and he was doing it "for Snapchat." In case you've never used the photo-and-video-sharing app, one of the available filters layers a speedometer (using your phone's GPS) over your disappearing missives. Hopefully that little "112" on Neal's phone screen was worth getting charged with reckless driving and having his car impounded.

This is kind of funny, but also deadly serious. Last year, five people including an innocent mother and two of her children were killed in Tampa when 22-year-old Pablo Cortes caused a horrific car accident after broadcasting a Snapchat video showing him accelerating to 115 miles per hour. But in January, a Georgia judge dismissed a lawsuit against Snapchat over the speed filter brought by a couple who was seriously injured in another crash caused by a young woman attempting to hit 100 mph and record it using the app.

According to the Atlanta Journal-Constitution, Neal has since been released. Hopefully he's learned his lesson.

Formula One Signs Deal With Snapchat

Formula One expands into new social media territory with Snapchat.