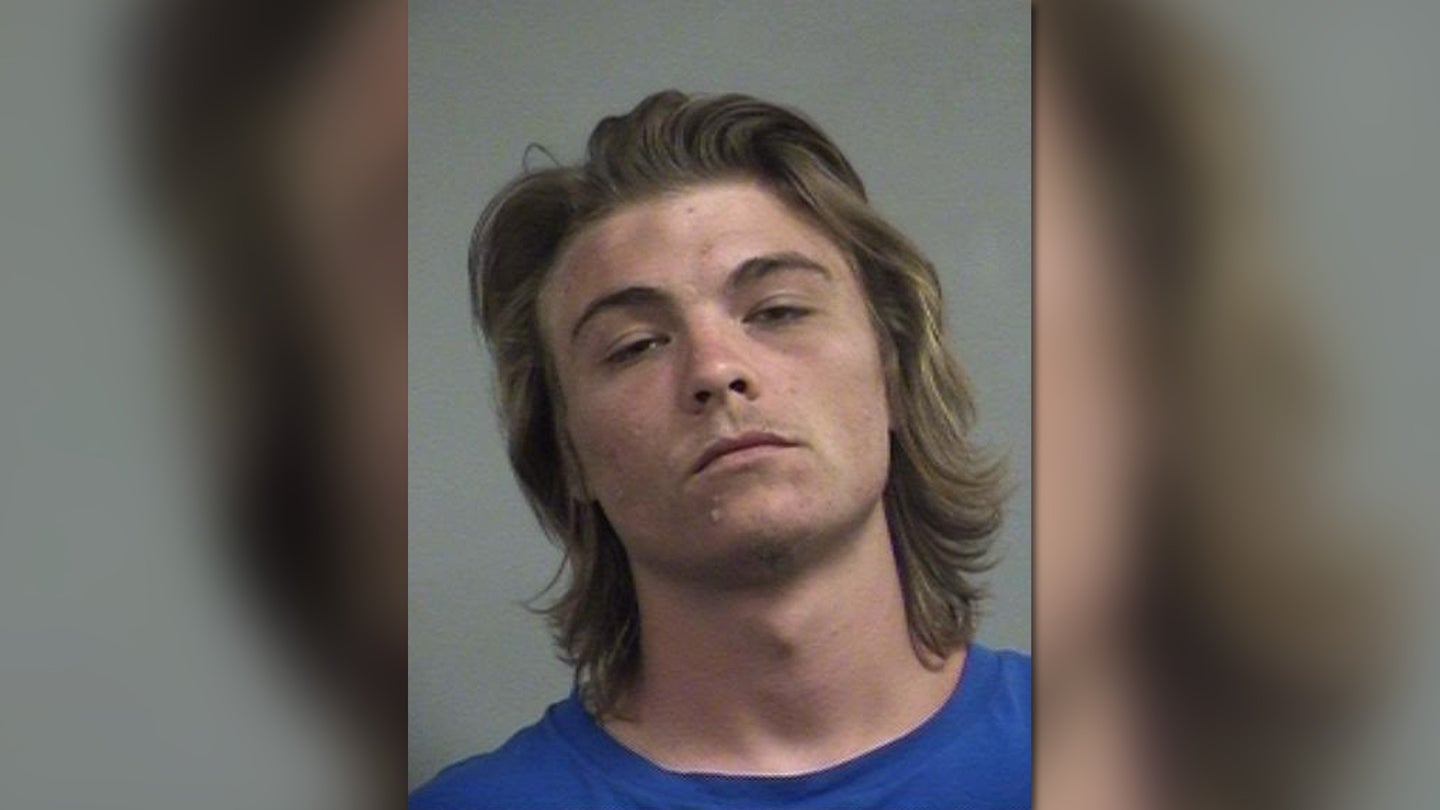 A man who allegedly stole a Chevrolet Corvette and almost ran over its owner before crashing while attempting to flee police in Louisville, Kentucky this weekend had a pretty novel excuse when it was all said and done—someone forced him to do it at gunpoint, police told WDRB News.

Police say 22-year-old Richard Goodman was in the process of hotwiring the Corvette when its owner came outside and tried to confront him. Goodman got the car started and accelerated into the man, throwing him up onto the hood and taking him on a short but terrifying ride before he fell off during a sharp turn.

Officers soon spotted the Corvette weaving through traffic and tried to stop him, but Goodman quickly lost control of the car while attempting to flee and crashed into a telephone pole and a fence. He admitted to having taken the Corvette, but claimed that someone had held him at gunpoint and forced him to commit the crime.

Similarly, he also claimed the meth that officers found in his pocket had been inside the car when he got in. Police bought neither excuse and took him to jail, where he was booked on charges of robbery, possession of a controlled substance, and fleeing or evading police. For what it's worth, WDRB News reports that investigators say they checked out his claim and found zero evidence of anyone else being involved.