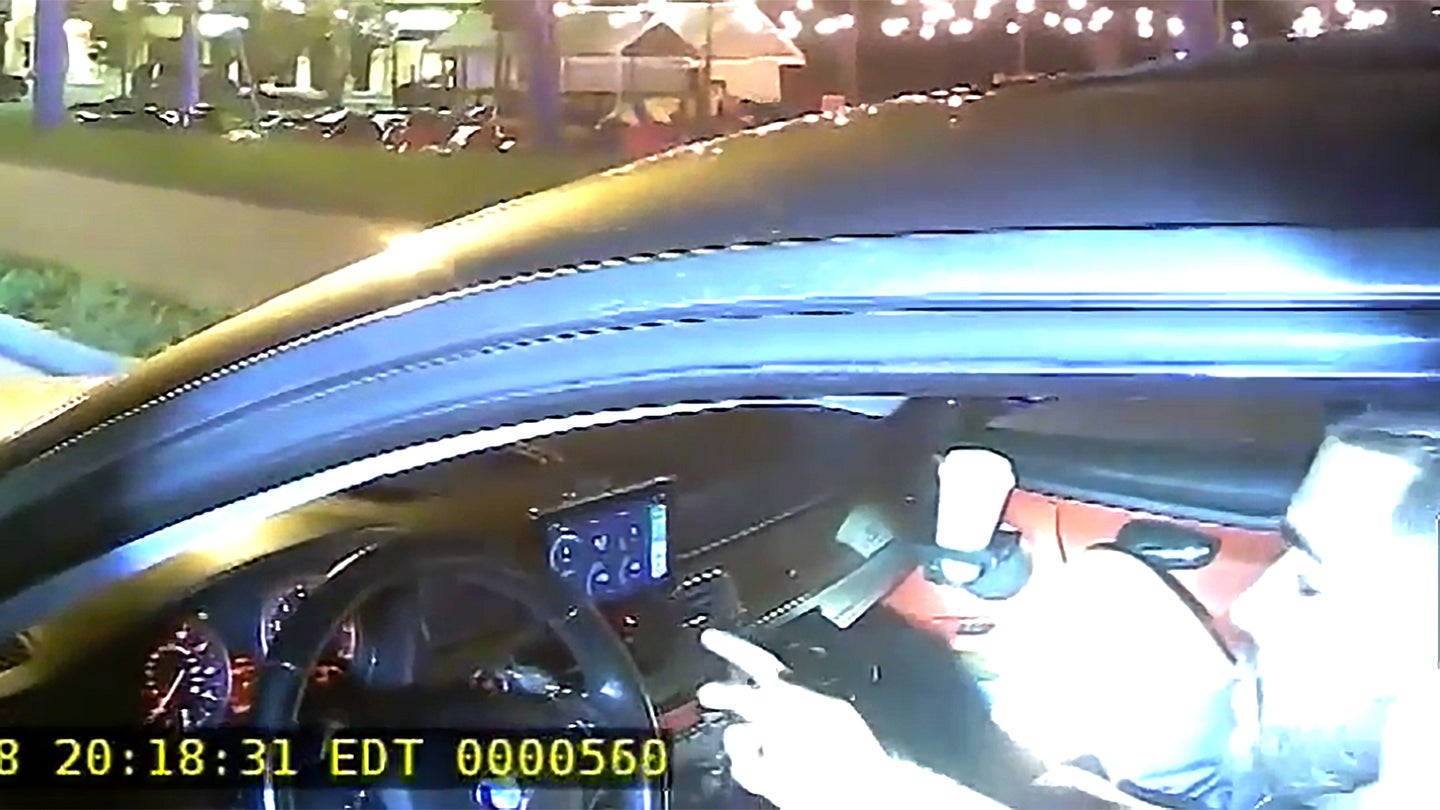 There's a new entry in the pantheon of bad excuses for speeding, right up there with the rental Ferrari driver who thought she was "only" doing 100. Police in Georgia have released body cam footage from a stop last month where the driver of a 2007 BMW 3-Series coupe claimed he was caught at 118 mph in a 45 zone because he had just fixed a part and needed to make sure all was well with the car. The part clearly worked—the excuse did not.

WSB-TV reports that a silver BMW was spotted weaving in and out of traffic at high speed on Peachtree Industrial Boulevard, a multi-lane thoroughfare lined with homes and businesses, at around 9pm on the night of October 17. In other words, it's exactly the wrong place and time for that sort of extralegal romp, even if the bit about fixing something on the car is true. An officer with the Duluth Police Department quickly stopped the car without incident.

The body cam footage shows the incredulous officer walk up to the driver's side window, shine a light in the cabin, and ask the ultimate rhetorical question: Any reason why you're going that fast? As anyone who's been stopped for speeding knows, unless you have a woman in labor in the backseat, the answer is Um, no. But the driver immediately starts babbling. We just fixed a part on the car, in the cooling, and we just wanted to make sure it wasn't leaking—

The officer cuts him off to ask him if he knew how fast he was going. The driver guesses 90 (again, just tell the truth here) and feigns shock when the officer replies with 118. The cop presses again, asking if there's any reason that kind of speed is acceptable. He finally admits that no, there really isn't.

WSB-TV identified the driver as Kenny Hemraj, who was arrested and charged with reckless driving. His public Facebook posts show a 2007 BMW 3-Series coupe with an increasing amount of mods over the years, along with the same aftermarket tablet gauges on the dashboard (caption: slow guy things). Duluth Police say it's one of the fastest speeding stops they've ever made.