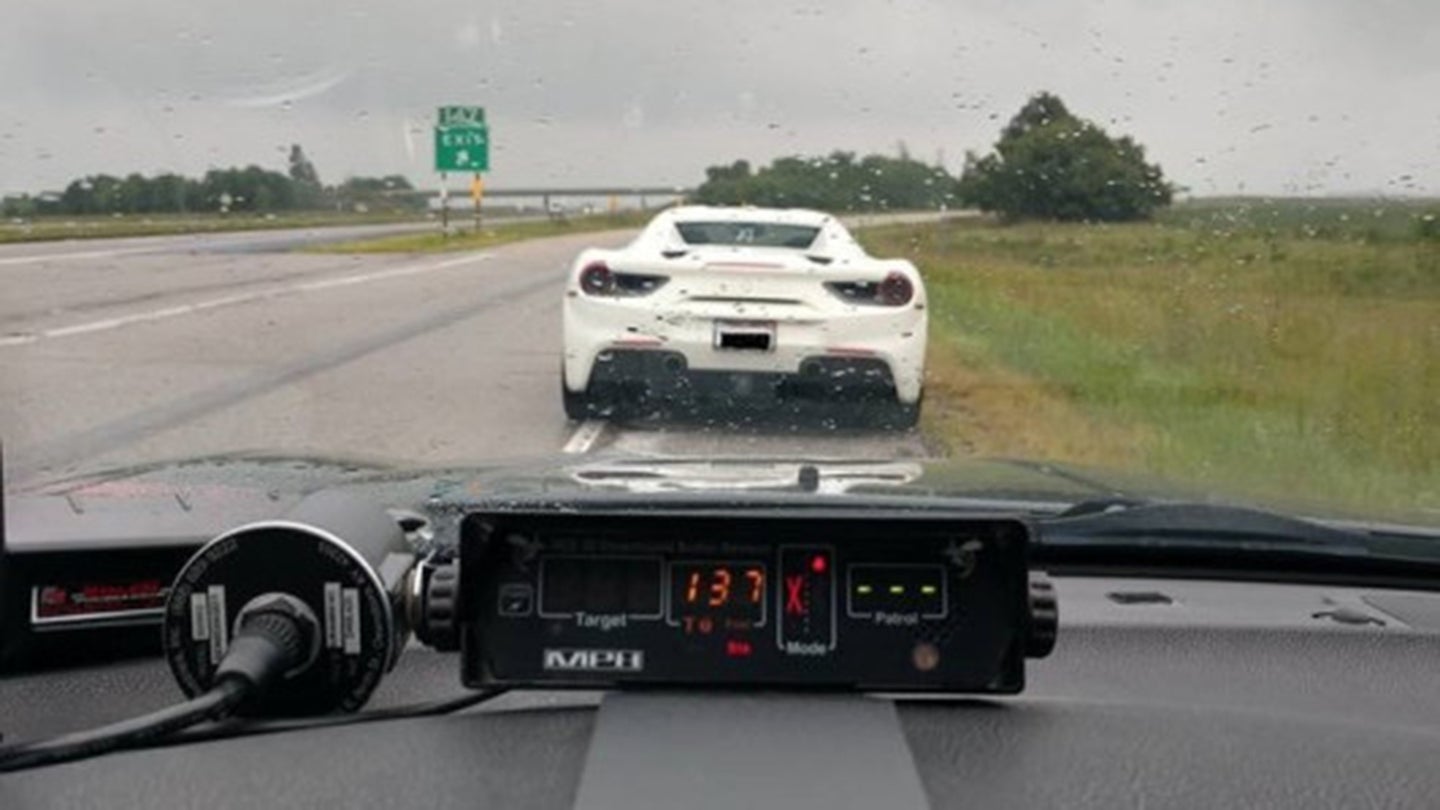 A rented Ferrari 488 Spider was clocked by the Iowa State Patrol going 137 miles per hour on Monday. Instead of apologizing for the infraction, the driver instead gave a questionable excuse to justify the court-worthy speed.

The Trooper was able to stop the Prancing Horse on I-35 between Des Moines and Minnesota, the latter being the driver's destination as Sergeant Nathan Ludwig, the Troop's public information officer, explained to The Drive. She told the trooper that she believed she was only doing 100 mph—not exactly what cops want to hear when they bust you for doing nearly double the speed limit.

In its post to Facebook, the Iowa State Patrol said, "Not a great idea to drive this fast in the rain."

The Iowa woman joins the ranks of other ridiculous automotive criminals who thought they had a better idea than following the letter of the law. Sunday night, an Aston Martin Vantage was stopped for going almost 100 mph, or quadruple the speed limit, in a school zone which ended with the Aston being impounded for seven days. Then, in the San Francisco area, a "sideshow" shut down the Bay Bridge to perform some drifts and ended when the California Highway Patrol pulled up and arrested the driver of a Mustang whose wheel had fallen off.

Additionally, a fleet of 10 supercars was reprimanded for congesting traffic in Connecticut, saying that they were filming a pilot for an upcoming television show.

A recently released list of the best and worst states for speeding infractions shows that Iowa ranks 16th. There's no word yet on the penalties charged in this specific case, but the ticket cost in Iowa for going 20 mph over the speed limit starts at $100 plus $5 for each additional mile per hour. Quick math indicates that the fine issued could equate to over $400 which will almost surely be dwarfed by court and lawyer costs.