The drag-inspired design looks the business, but its riding position leaves a lot to be desired. 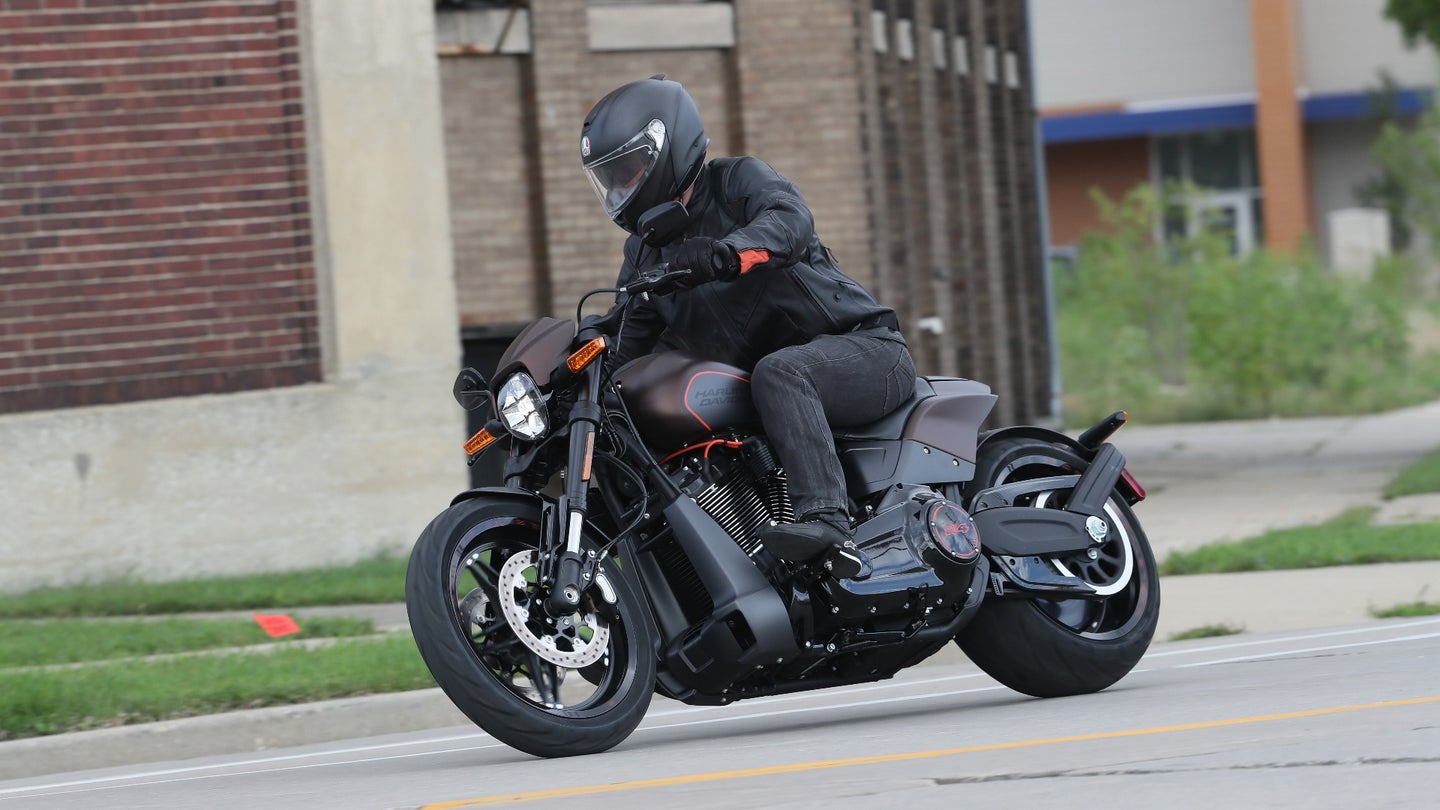 Quick Take: The recently unveiled Harley-Davidson FXDR 114 "power cruiser" is a strong performer, but it's pretty expensive and just plain awkward to sit on.

The Harley-Davidson FXDR 114 is an all-new bike for 2019. It’s a sort of spiritual successor to the recently discontinued V-Rod, serving as a muscular cruiser with a focus on performance. It has drag-bike-inspired aesthetics, a big fat rear tire, and an attitude that refuses to be ignored. I was recently in Milwaukee where Harley-Davidson invited me to check out its latest wares as the brand celebrated its 115th anniversary. As part of that celebration, I had an early opportunity to throw a leg over the newest Softail. Its goal is to pack in modern performance without losing any Harley-Davidson character, so how did it do?

The Harley-Davidson FXDR 114 is a strong, showy bike that unfortunately has downsides that are all-too characteristic of the H-D brand; too heavy and too expensive.

I can see this bike having a sort of cult following like the V-Rod does, but it's pretty cost prohibitive for now. I think it would make more sense if it was more affordable, but the FXDR is going to be bought by riders who already have a few Harleys in the garage and want to add this unique piece to the collection for occasionally blasting around town.

H-D added lightness to this Softail and it is fairly skinny for a Harley (I hate how often I have to say “for a Harley”), but it’s still kind of a heavy bike at 637 lbs—about 100 lbs more than an XDiavel. If the price tag and the curb weight of the FXDR were both a bit lower, it would be easier to recommend.

To Harley’s credit, the FXDR 114 is another Harley-Davidson that its chief domestic competitor Indian Motorcycle doesn’t have an answer to...yet.

2019 Harley-Davidson FXDR 114: The Muscular New Top of the Softail Range

This pricey cruiser is the closest thing we’ve gotten so far to a V-Rod replacement.

H-D is counting on more than just a few new bikes to turn itself around.