At Aston Martin, Design and Engineering Build Off One Another to Create Sports Car Magic 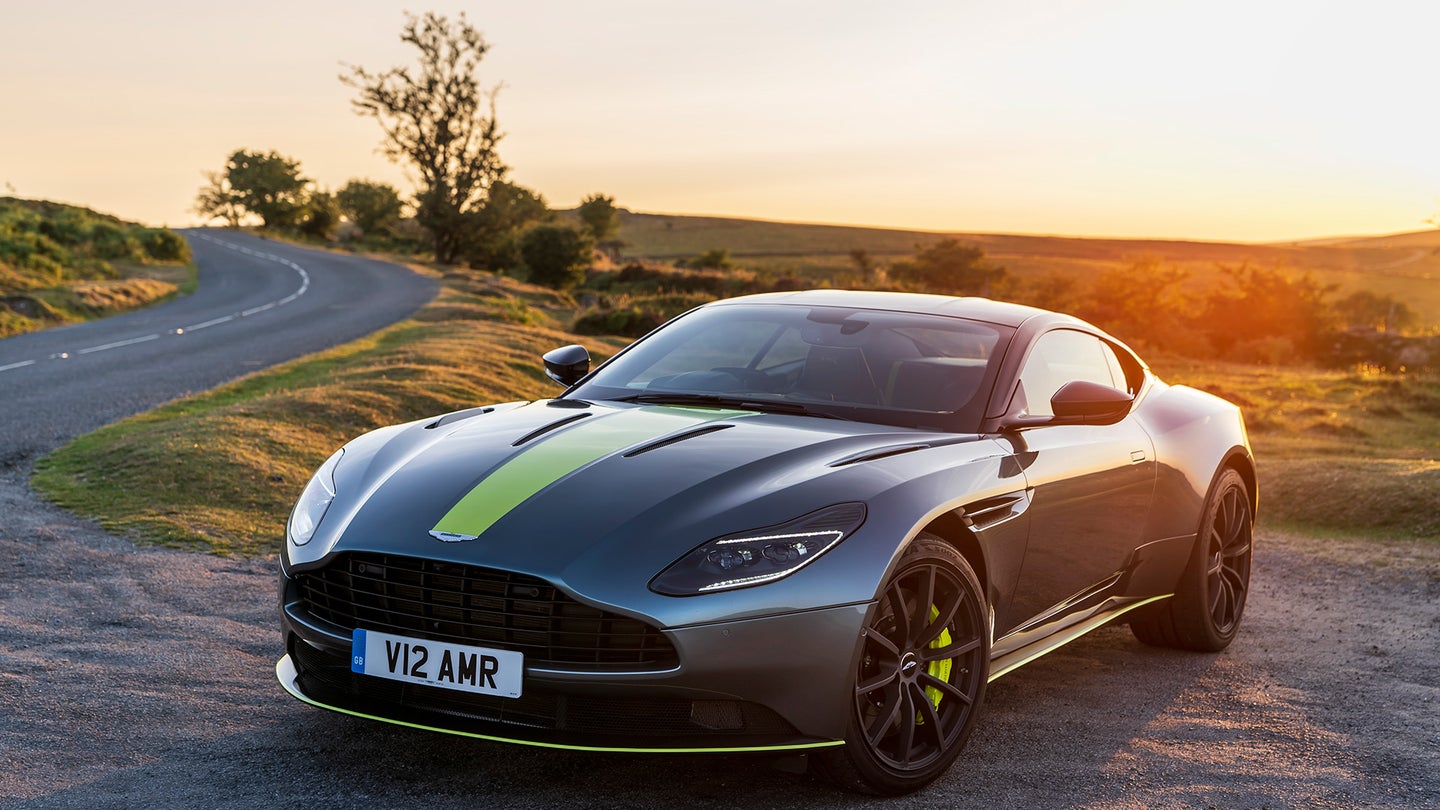 I’d come to Club 1913, Aston Martin’s hub during Monterey Car Week, thinking Marek Reichman and I would chat about projects like the gorgeous DBS Superleggera or the striking Vulcan track car. But while free-wheeling guests gushed over an array of Aston Martin’s latest products and concepts—most of them slurping through enormous Popsicles the company handed out, in a daring move sure to doom every vehicle on hand to a permanently-sticky interior—the Aston creative director was instead talking about Star Trek. Well, Star Trek, as well as the Supermarine Spitfire, aviation-based future mobility, and the evolution of design itself.

The query that prompted the digression, delivered over a white-linen tablecloth in a shady corner of the courtyard, was simple: Who comes first, designers or engineers? Not just with cars, but everything—tools, airplanes, electronics, buildings. Ultimately, the thread I was trying to tug—based on a door Reichman himself had opened during an opening salvo about the relationship between science and science fiction—was whether it was technological prowess or creative thinking that drives progress. Turns out that as a lifelong student of creative problem solving, with a background in both science and art, he’s given the subject a great deal of thought.

The short answer, of course, is: both. Engineers develop technologies that designers then adapt to beautiful products with the same regularity, it seems, that designers craft visions which engineers in turn make real. But understanding the natural problem-solving process itself, Reichman argues, can give everyone’s technical and imaginative visions a much better chance of succeeding.

First, though, you have to have that initial tickle of a solution to a challenge. That, he noted, requires a creative mindset, regardless of whether it’s an engineer or designer at the helm of the idea.

“Knowledge is meaningless without imagination,” Reichman said, immediately heading all the way back to the birth of the idea for a helicopter by way of example. “Leonardo da Vinci saw a maple seed fall out of a tree and gently lower itself to the ground through a helical motion. He then thought that might be useful, and he created a vision for a helicopter. If you can imagine doing it, as he did, someone will try to attain the unachievable because they’ve seen it’s possible through imagination. We’re not talking about dreams turning into reality, but about science coming in to remove barriers.”

Such creativity can come from any direction. He cites his own early enthusiasm for science fiction as the impetus for his own industrial-design studies, particularly in the way it approached problem-solving. The original Star Trek, for instance, saw the famous flip-up communicators function like cord-cutting cell phones long before we envisioned them, solving a communication problem compactly and elegantly.

“We industrialize art through science. We don’t have transporters like they did yet, but science is going through that discovery process right now,” Reichman said. “Similarly, in our own world, we want to know how we can use new materials like graphene to solve problems, or nanotech to make our lives easier. Or what’s the solution to a traffic jam, which is a pointless existence when you’re in one? In that case, we looked at helicopters, which are very difficult, but then drones came along. How can we utilize what a drone does to solve that problem? It takes some creative thinking to know how we can use one solution in another problem.”

As it so happens, Aston conveniently revealed one potential such solution to traffic jams at the Farnborough Air Show in July: its theVolante Vision Concept, the company’s own vertical take-off air mobility concept (don't call it a flying car) that uses wings to generate lift in addition to propellers. Reichman served as design director on the project.

Going to bat for his own team of design-minded problem-solvers, he says one of the advantages creatives possess is their ability to arrive at the best solution quicker than enginers, with the final product having its own natural aesthetic.

“A big part of the education of a designer is questioning things. You have to answer every design challenge with a brief that explains what you’re doing and why,” he continues. “When designing you want to improve something and make it good, and when you question the why of everything, over and over, that’s when you get to truly beautiful solutions.”

One of his favorite examples of the designer’s mentality questioning why before engineering digs into how is the Supermarine Spitfire, the iconic World War II fighter. Though it didn’t have a traditional “designer” at the helm the way a car would—it was, of course, a war machine, with priorities other than looking pretty—it still proves a point.

“Through creative solutions that asked why airplanes were designed certain ways, the Spitfire was born, and it’s a beautiful object. More so than Germany’s equivalent Messerschmitt, which is quite a different looking beast,” Reichman said.

As for how a creative mindset can pave the way for innovation going forward, Reichman brings up our built-in ability to communicate and act on these impulses. “It’s a really fine line between what is design and what is engineering, of course,” he said. “But great design is about the passion people have to deliver a product or a solution that is good and looks good. I really believe that we can all draw and communicate through joining lines together on paper, as we were first taught in school. The Spitfire and so forth represent us doing that for our whole lives, and it exists in all of us.”

The 1,900-HP, All-Electric Pininfarina PF0 Is Gorgeous—And It’s Coming to Slay Supercars in 2020