Only 19 models of the super-exclusive grand tourer will be made. 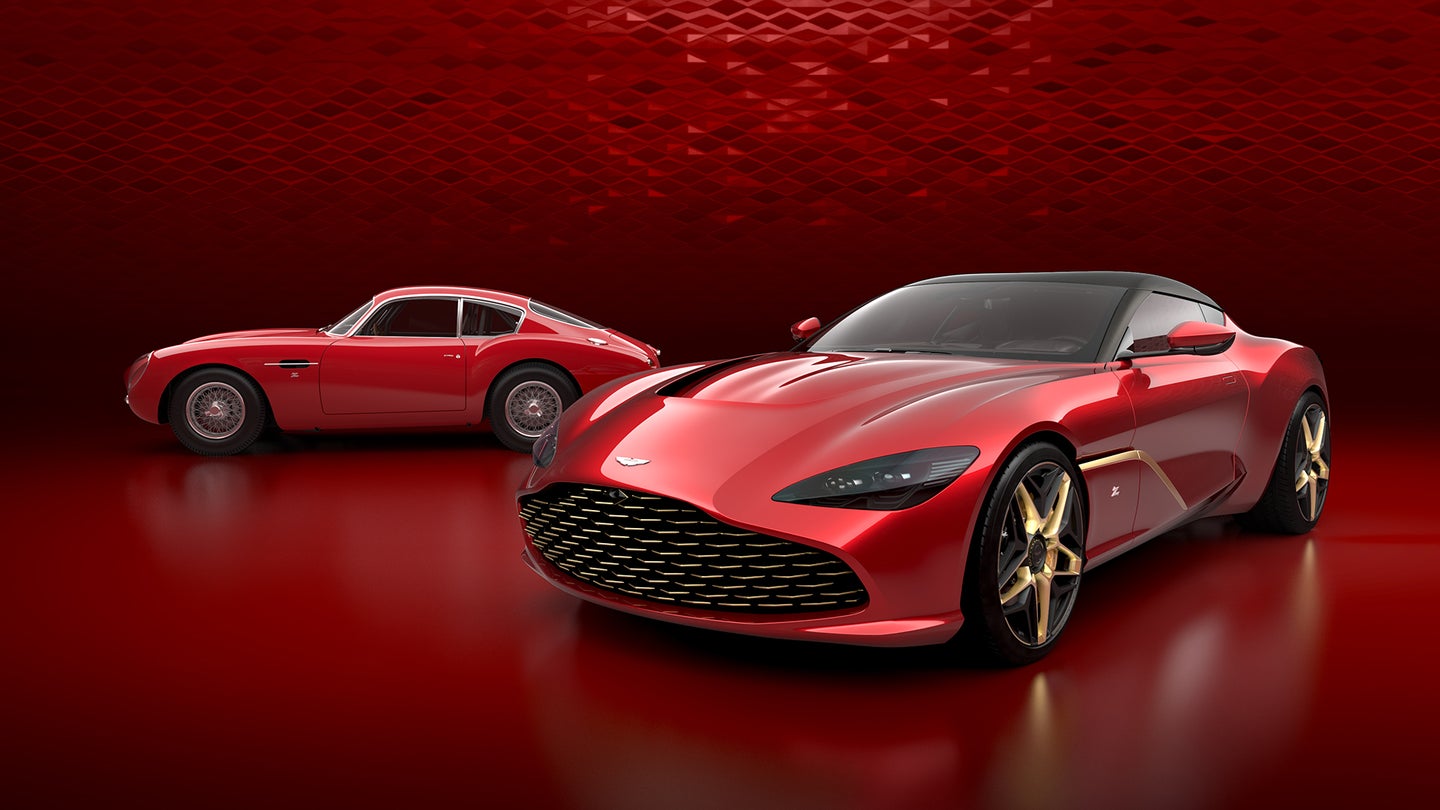 Aston Martin just pulled the digital wraps off of one of its latest joint creations with renowned Italian design firm Zagato. The all-new DBS GT Zagato not only pays tribute to the Italian outfitter’s 100-year anniversary in 2019, but also celebrates a long-standing tradition and relationship between the two countries and companies.

The DBS GT Zagato arrives as the second addition to Aston Martin’s DBZ Centenary Collection, which also includes the historic DB4 GT Zagato continuation model, as in the most expensive “new” Aston Martin ever built at a cool $8 million per ride. Only 19 examples total of each model will be built.

“This is a car that is not only focused around beauty, but drama too," said Aston Martin Lagonda’s chief creative officer Marek Reichman. "Our dynamic grille gives us an opportunity to provide the car with two very different identities. When parked, DBS GT Zagato will almost look like it’s resting, but with the rear of the car still appearing muscular and primed for action.”

“Only on start-up will the car truly become alert and ready to perform, delivering both an aural and visual treat for onlookers."

The DBS GT Zagato starts off as a standard DBS Superleggera, the company’s flagship and “most potent series production car” built to rival the likes of the Ferrari 812 Superfast. It’s then sent off to the legendary Zagato design firm, who then applies its unique and signature exterior design appointments to make it unique super sports grand tourer. Helping to separate the DBS GT Zagato from the standard DBS Superleggera is a grand total of 108 diamond-shaped body trim bits made entirely of carbon fiber. That’s on top of the various other changes to the front and rear fascias of the car that give the Zagato model a truly unique look.

Majority of the upgrades are cosmetic, however, as the DBS Superleggera’s 5.2-liter twin-turbocharged V12 remains unchanged. Given that Zagato’s ethos has always consisted of lightweight and aerodynamic construction, we bet that the DBS GT Zagato offers slightly improved performance, reduced weight, and better driving experience than the standard car.

Aston Martin didn’t disclose pricing for the DBS GT Zagato, but we don’t imagine it being anything less than eye-watering. Production is said to be slated for 2020 via Aston Martin Works, the company’s specialized sub-division.