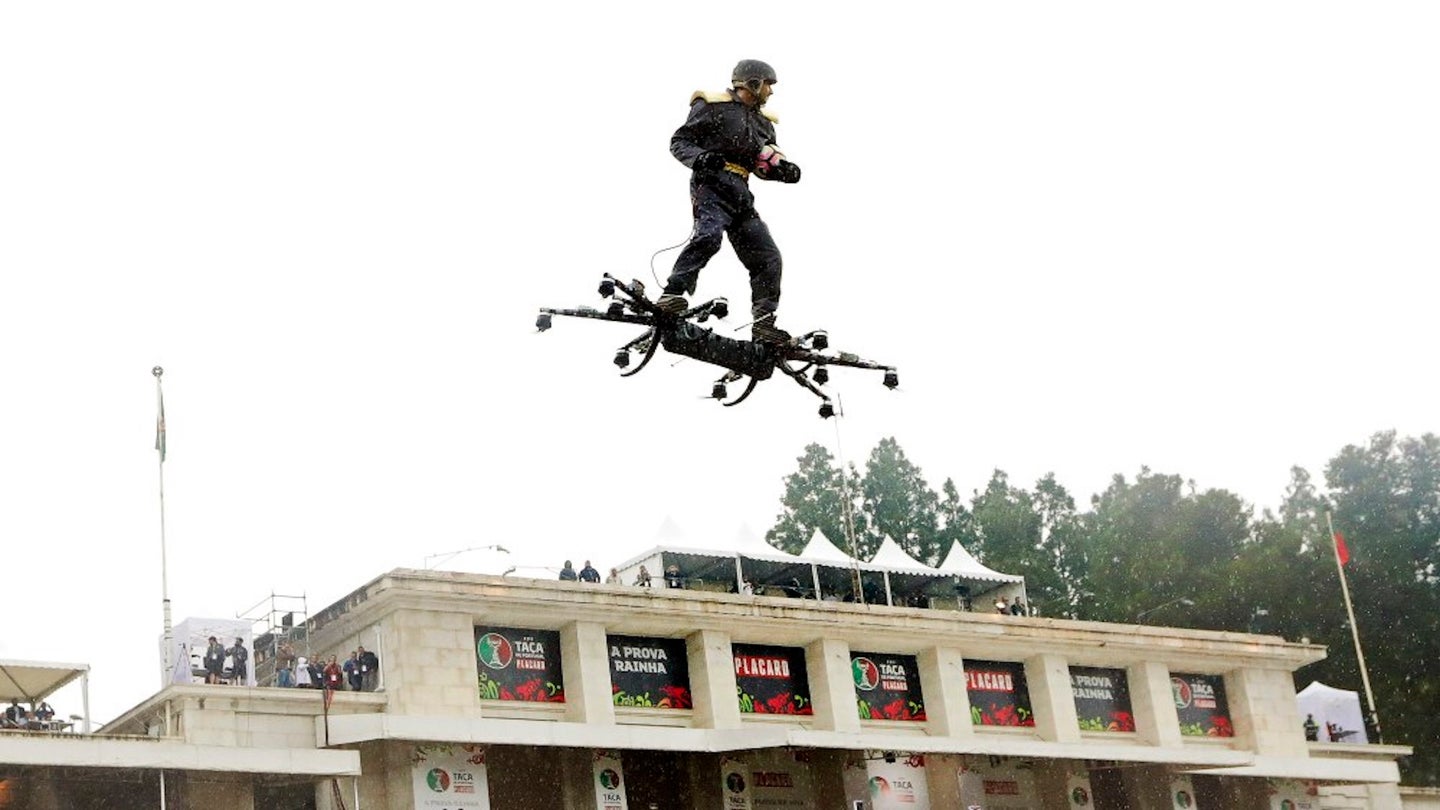 While most of us were having a fun, classic Memorial Day weekend replete with barbecues and friends and a few cold beers, soccer fans in Portugal's capital were treated to something far more futuristic—an actual, flying hoverboard being ridden. And no, we don't mean these little things that became trendy last year and arrived with all sorts of controversy. This thing is the real deal—a multi-rotor drone flying through the air being piloted not remotely, but from atop it. For those of you thinking Back to the Future right now, you've nailed it. We've reported on similar drones and attempts of producing actual hoverboards before, where pilot and drone are not separated by distance, but are instead traversing the skies together.

This seems to have raised the bar, regarding ways of how to commemorate a soccer cup final. How can you beat a man flying through the air on a machine straight out of your childhood dreams? As you can see from the video below, the unnamed pilot zipped through Lisbon's National Stadium to kick off the Portuguese Cup Final between Benfica Lisbon and Vitória de Guimarães by hand-delivering the match ball to the ref after an admirably smooth landing aside the pitch.

According to DigitalTrends, Benfica Lisbon won the final match by a 2-1 margin, securing the cup for Portugal's capital team. Take a look at the spectacle for yourself, and let us know in the comments section what you think. Is this the coolest thing you've ever seen, regarding drone-use? Or does this feel like a gimmick and contrived? Chime in below once you've watched this impressive and momentous act of drone piloting play out.