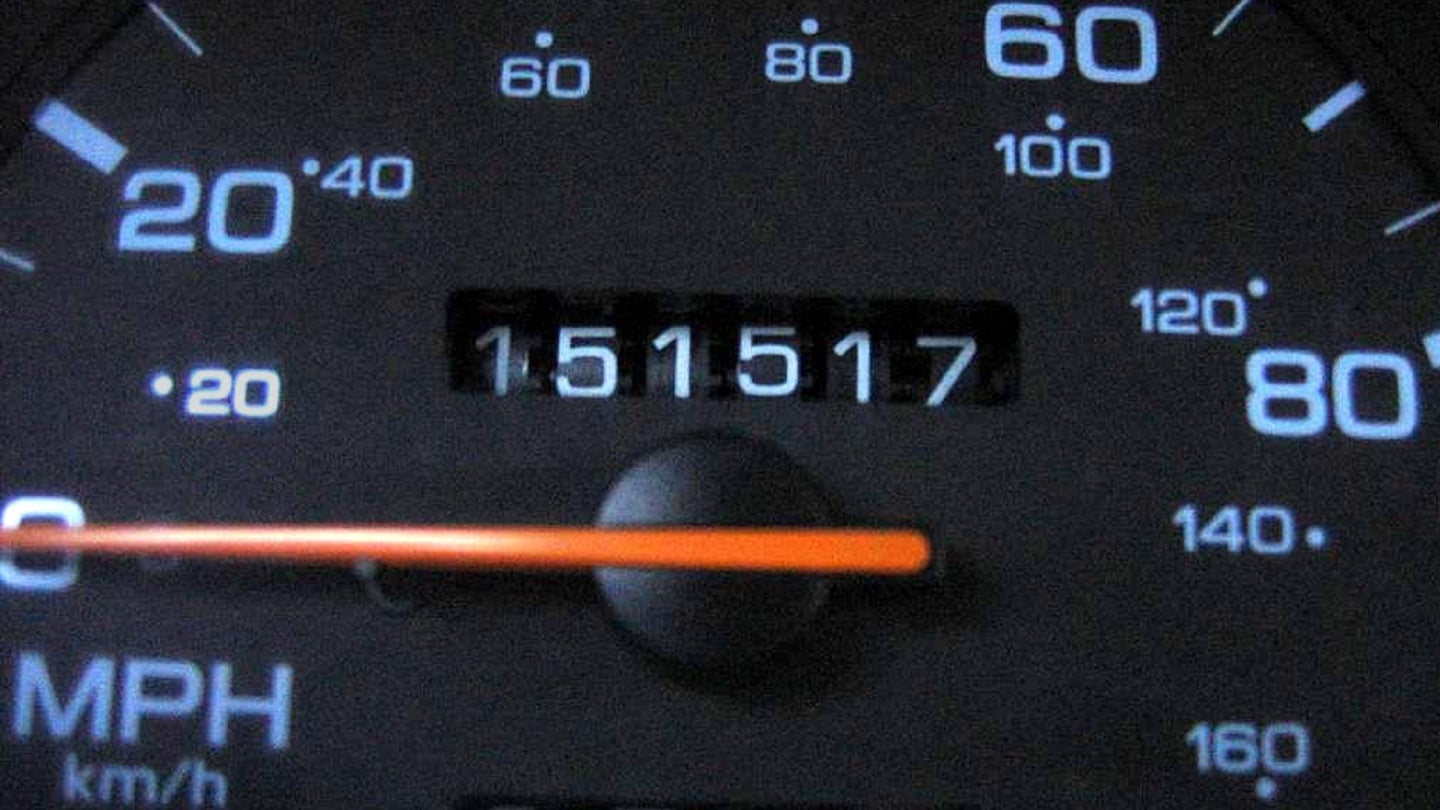 Cars built during the 1970s and 1980s didn't last. They died so comparatively young, the odometer only had five digits—most cars never made it to the 6-digit club. Take my mom's 1972 Ford Maverick (please!): It was a lemon before the Lemon Law existed. Purchased new, it literally fell apart at just 40,000 miles. Modern cars—fron, say, around 1995 onward—routinely make it past 100,000 or even 200,000 miles. Our own VW Jetta Smyth Ute donor currently shows 240,000 miles on the odometer. That's the average distance between the Earth and the Moon. But a friend recently showed me an article from the July 1962 Popular Science that seems to refute the "common knowledge" that older cars had a short lifespan.

Robert Marx bought a new 1956 Chevy. Today it would be unthinkable to try to run one of these classics over 100,000 miles, but at the time it was just another car—one many considered disposable. Marx bought a basic six-cylinder model, with no options except a heater (that was an option?), for the sake of simplicity and reliability. "I kept the car in good mechanical condition, but didn't baby it," wrote Marx. The car lived outside, not in a garage, and needed repainting in 1959. Imagine that: a factory paint job that failed in just three years.

Like any high mileage car, the '56 Chevy had some issues along the way. Marx describes a distributor problem, as well as a transmission failure. Neither of these problems are out of the ordinary, nor are any of the other parts he repaired or replaced during the six years between purchasing the car and writing this article. His tires lasted 40,000 miles. This is nothing for today's steel belted radials, but was quite a big deal for the bias-ply tires of the time.

Classic car values aside, would you trust a 1956 Chevy with over 100,000 miles to be your daily driver? Marx did. "With trade-in value almost nil and insurance costs at a minimum, it will pay me to keep the car as long as it runs smoothly and no major breakdowns occur—even if it costs me a few hundred dollars a year for repairs." Change "hundred" to "thousand" in today's dollars, and Marx's thinking remains true. It is usually less expensive to maintain an older car that's paid off than to make payments on a newer car.

Everyone has a little tale about a car that they owned which managed to last well beyond its expiration date. What’s yours?