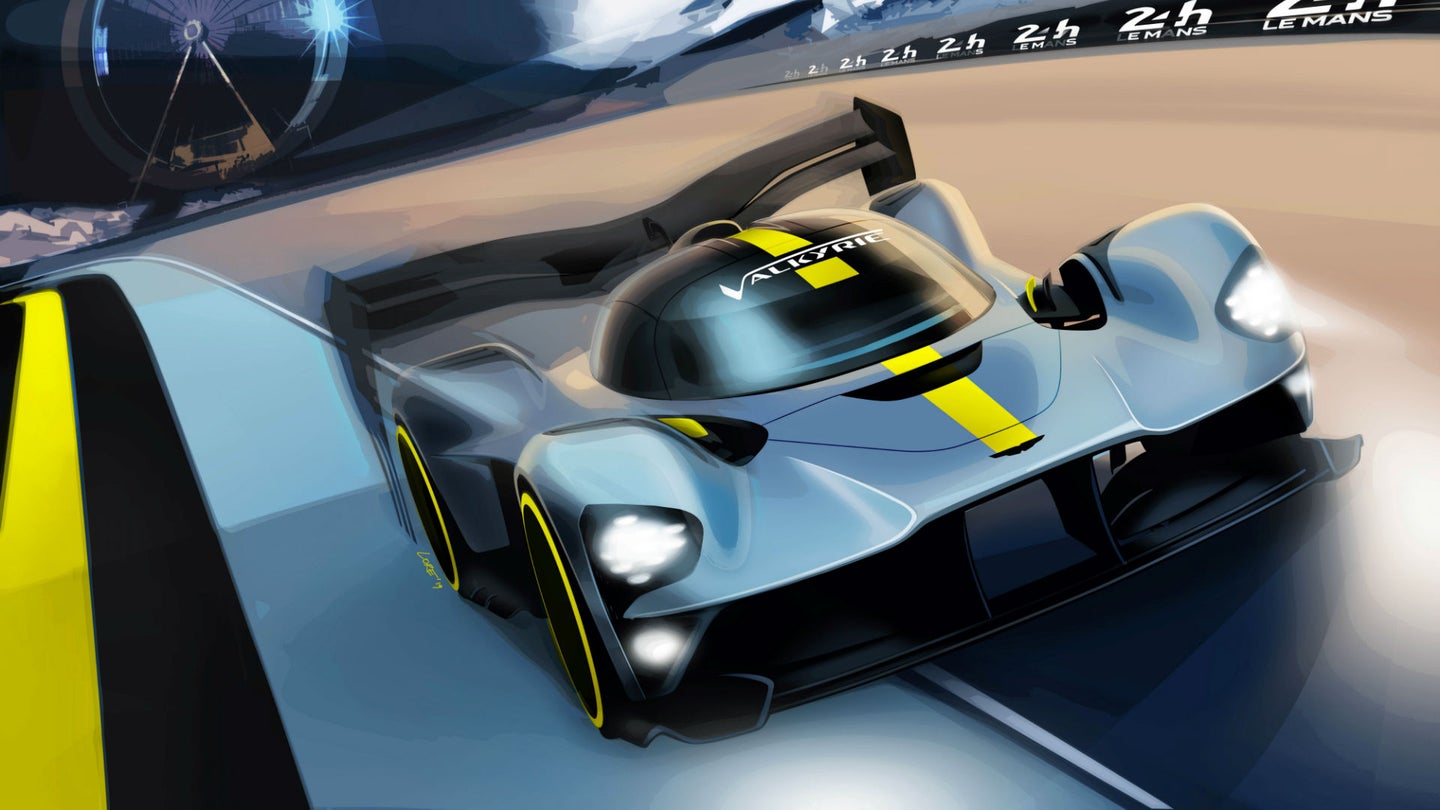 On the eve of the 87th annual 24 Hours of Le Mans, Aston Martin announced that it will be back next season to take on the prestigious endurance race with its new sweetheart, the Valkyrie hypercar. Aston Martin's factory motorsport team, Aston Martin Racing, will field two Valkyries in the 2020-2021 FIA World Endurance Championship, with the primary goal of winning Le Mans outright in 2021.

AMR's announcement follows the FIA's decision to introduce the Hypercar class rulings for the 2020/21 WEC season, allowing manufacturers to build endurance prototype race cars based on their top road-going performance cars. With the road car-based GT classes taking the spotlight in recent years at Le Mans, these new prototypes will maintain that street-car familiarity fans love but rival the performance of the purpose-built LMP1 cars.

Aston Martin says that the Le Mans-ready Valkyrie will comply with these new regulations, taking pages from both the street-legal model and the track-only Valkyrie AMR Pro. With a naturally-aspirated, 1,160-horsepower V12; Formula 1-derived aerodynamics; and an ultra-lightweight carbon fiber chassis, the Valkyrie is already a potent platform for a racing prototype- maybe even too potent. In an interview with DailySportsCar, Aston Martin CEO Andy Palmer said that the Le Mans Valkyrie will need to be de-tuned to meet FIA's soft limit of 750-horsepower for the hypercar class.

“We have always said that we would one day bring Aston Martin back to Le Mans with the intention of going for the outright win when the time was right—now is that time," Palmer said. "The Aston Martin Valkyrie is primed for such a challenge and sits perfectly within the ACO’s new ‘hypercar’ rule framework. Bringing to bear all of our previous experience and knowledge of competing at the top levels of motorsport, we embark on this most ambitious project with the necessary ingredients for success. What could be more evocative than the wail of an Aston Martin V12 leading the charge into the night on the Mulsanne straight? ”

This will be a welcome change of pace for AMR, whose current crop of Le Mans cars consists of the Vantage AMR in the GTE Pro and GTE AM classes.