The telcom giant wins a long bidding war for a company that holds short-range FCC spectrum—presumably for autonomous vehicles. 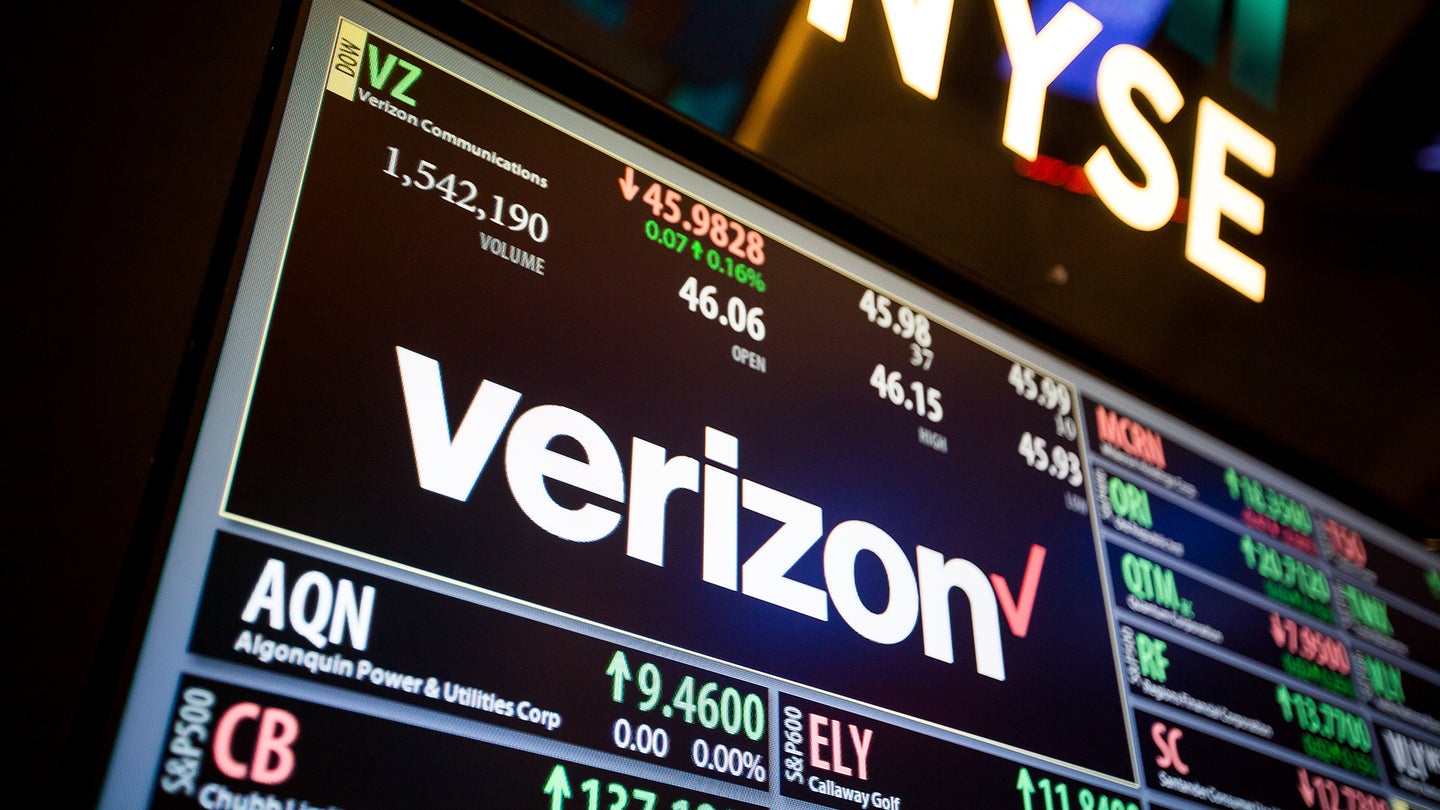 Last week Verizon invested a small, undisclosed fortune in autonomous vehicle systems designer Renovo. Key automotive players believed that Verizon, being a telecommunications company, bought into Renovo as part of a bigger move in their industry. Today, as Verizon finally outbid AT&T on a company that holds valuable FCC spectrum space that is ideal for Vehicle to Vehicle (V2V) short range communication, the move appears to be part of a broader play in the self-driving sector.

Earlier this year, AT&T agreed to buy Virginia-based Straight Path for a cool $1.6 billion. This sparked a bidding war between the two and ultimately resulted in Verizon offering nearly double AT&T's offer. Today, AT&T has declined to match the highest offer to Straight Path, leaving Verizon's $3.1 billion the winning bid. Why so much money for a company most people haven't heard of? Simple: licensing.

This company owns the FCC licensing for key millimeter wave (mmWave) spectrum from 28GHz to 39GHz. It was believed that AT&T and Verizon were duking it out to purchase rights to the band for fabled 5G wireless coverage, which would push mobile speeds into the gigabit territory. But Verizon may have had ulterior motives when bidding; namely automation. With stake in Renovo and access to the mmWave spectrum, Verizon has positioned itself in a way that would enable it to become one of the architects for the unregulated V2V communication system.

Before we talk about why this spectrum is important, we should take a moment to understand frequencies transmission relative to wavelengths. Higher frequency means that each wavelength is narrower, forcing cycles to occur much more quickly. The faster a cycle can occur, the faster data can pass from one source to another. The trade-off for faster cycle speeds is that in order to travel the same distance, both the radio and the client require more transmit (Tx) power in order to communicate effectively. If a client can receive (Rx) the signal and not transmit it, it becomes ineffective.

In order for wireless carriers to make use of such a high frequency, they would need to implement more towers to create a much more dense coverage area. This will be valuable in the future, however currently, such a scenario could only occur in large cities after infrastructure rehashing. It is believed that Verizon may want the licensing for this band for V2V communication. It is perceived that the regulatory commissions for vehicles would require dense mesh networks between vehicles, traffic control devices (such as traffic lights), and anything else it sees fit. The potential exists for a large amount of data to pass between vehicles, and it would need to pass very quickly in order to be effective. Because of this, gigabit speeds become a necessity in order to transmit from a source, be received by a client, and then transmit onto another client to provide real-time data to autonomous systems.

The National Highway Traffic Safety Administration has concluded that all vehicles must contain some sort of Vehicle to Vehicle communication in the future. Though regulatory requirements are still required to be put in place, the agency is adamant that this will assist in saving lives.

Verizon's reasoning for this acquisition is currently all speculation by the public, but given its sudden interest in autonomy, it is very possible that the telecommunications provider may very well be the one which drives V2V adoption. Early stakeholders such as GM may have already started to pave the way down this road, but unless a set of standards is put in place, V2V will never reach its perceived potential. Verizon has not yet commented on its recent winning.

Cars talking to one another could mean less traffic related fatalities.

Sure, it’s a publicity stunt. But damn if we don’t want to drive it.