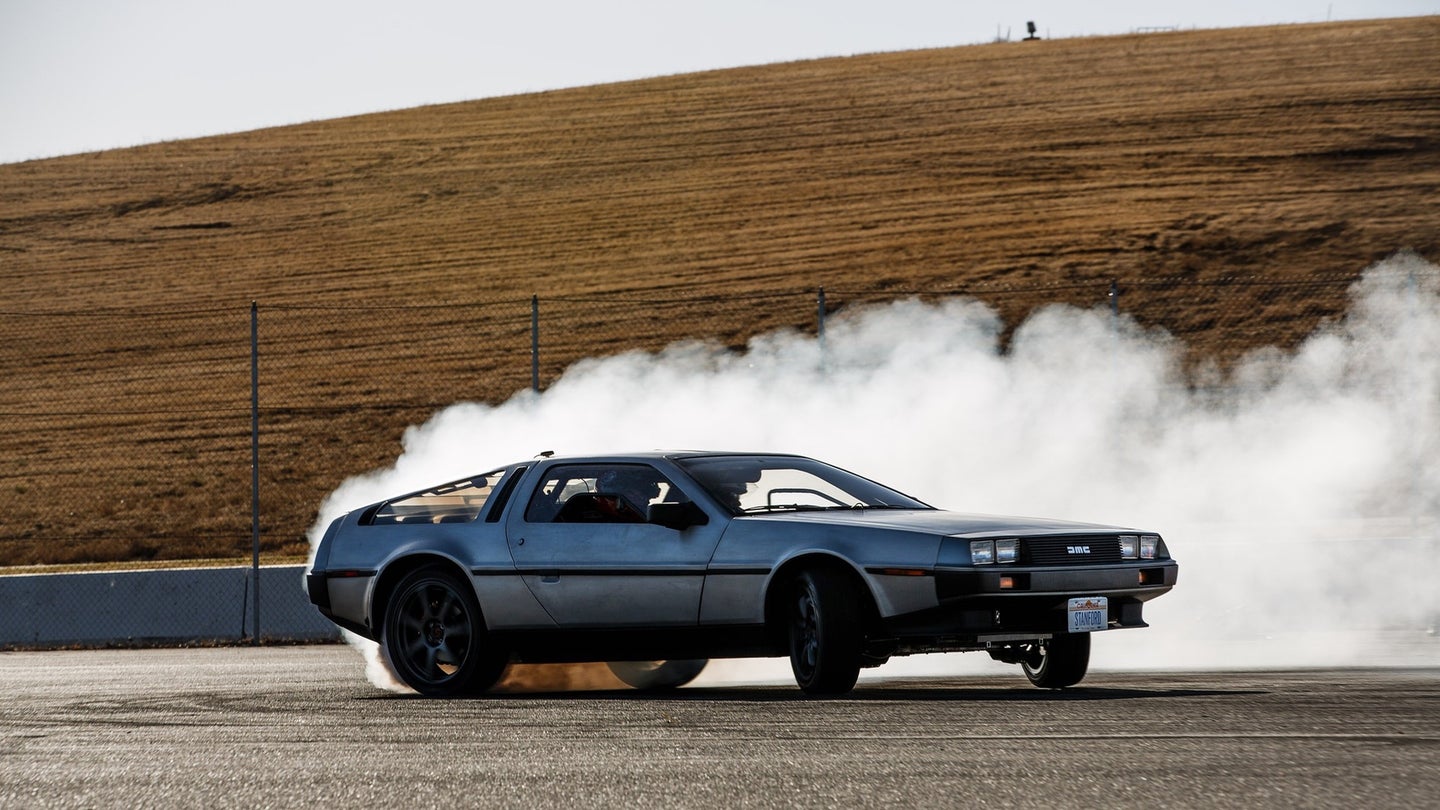 Verizon is the latest company to stick a toe into the self-driving car waters. The telecommunications giant has invested in Renovo, a startup that hopes to develop technology to control fleets of autonomous vehicles.

The company did not disclose how much it invested in Renovo, but its contribution is part of a larger $10 million funding round, according to The Wall Street Journal. The move makes strategic sense for Verizon, as people would have more time to use their cell phones if they didn't have to drive, and autonomous cars could leverage embedded cellular connections and Wi-Fi to a greater degree than existing cars.

Renovo is probably best known for collaborating with Stanford University on a self-driving DeLorean DMC-12 aptly nicknamed MARTY. It provided the electric powertrain from its own Renovo Coupe, a 500-horsepower, $529,000 homage to the Shelby Daytona Coupe. That allowed MARTY to not only drive itself, but to do epic donuts.

While these projects are the kinds of things that can make car enthusiasts swoon, Renovo, which has been around since 2010, sees more banal tech as its main mission. It wants to develop so-called "automated mobility on demand," using fleets of self-driving cars for ride-sharing services. The company believes this will dramatically cut the number of vehicles on city streets, potentially reducing pollution and traffic, and improving safety.

Renovo isn't expected to build its own autonomous cars. It will likely apply its tech to cars supplied by a partner manufacturer, or possibly work with a ride-sharing service to manage its fleet and the massive volume of data individual cars produce.

Many companies view self-driving cars and ride sharing as a potentially transformative and lucrative combination. Self-driving cars could stay on the road longer, increasing the amount of money raked in by each vehicle. Services wouldn't have to pay drivers, or worry about having enough to maintain adequate coverage. Ford has said the autonomous car it plans to release in 2021 will be used exclusively by ride-sharing services, and Elon Musk has discussed giving Tesla customers the opportunity to essentially rent out their future autonomous cars in a sharing scheme.

Crucially, though, Ford and Tesla actually make their own cars. While the idea of applying technology to someone else's vehicle is obviously attractive to tech companies with no automotive experience, it hasn't worked out that well so far. After eight years of testing self-driving cars on its own and making no headway on commercialization, Waymo, the former Google self-driving car project, finally partnered with Fiat Chrysler Automobiles on a fleet of autonomous minivans.

Verizon's investment in Renovo is a signal that the company is interested in autonomous cars. But it's unclear whether Renovo will actually let Verizon capitalize on that interest in a substantial way.