Cars talking to one another could mean less traffic related fatalities. 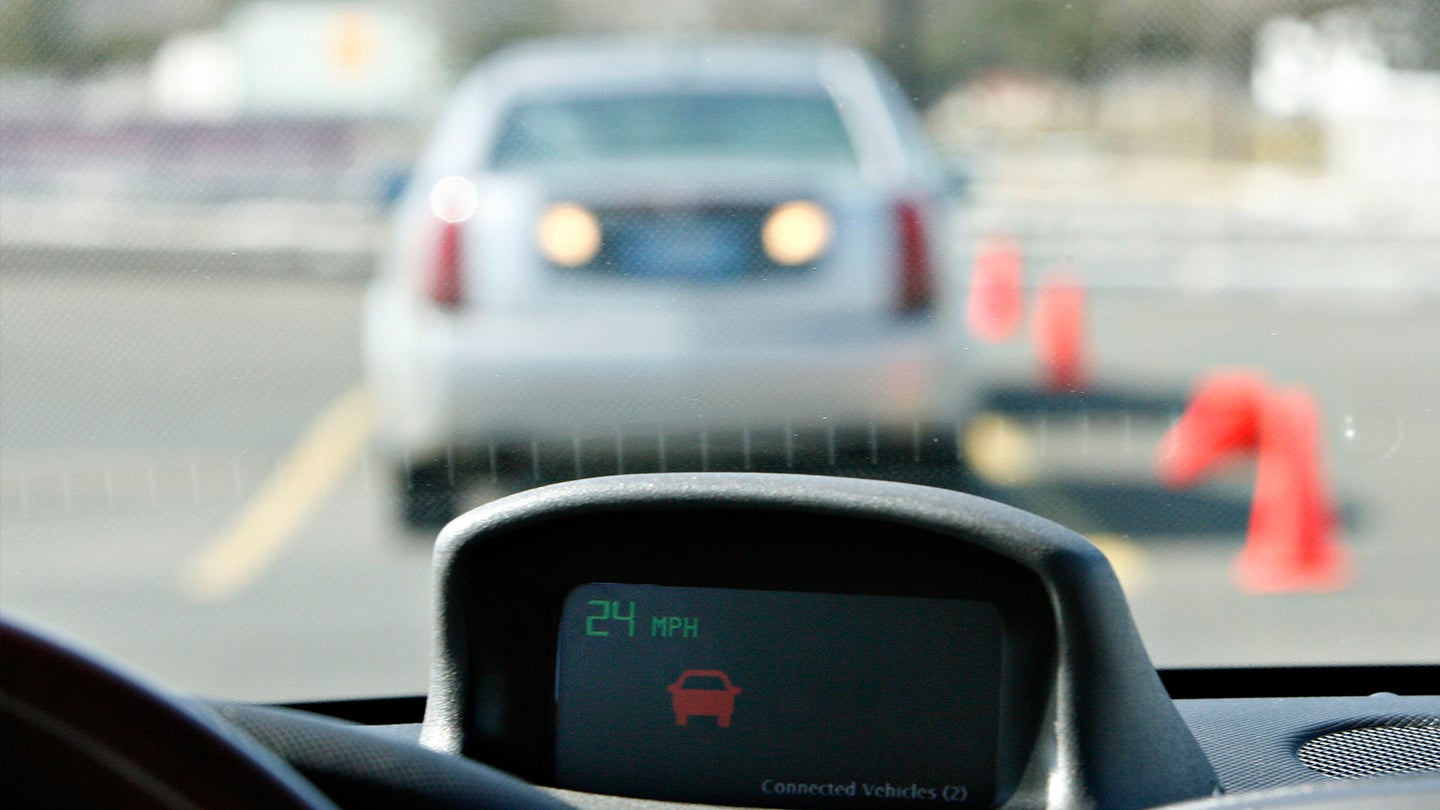 Self-driving cars are on their way to becoming more and more popular in North America, especially thanks to increasingly stringent regulations due to Big Brother's close watch on highway safety. The National Highway Traffic Safety Administration (NHTSA) has announced that it wants to end traffic deaths within 30 years, and it hopes to accomplish it by using autonomous cars, stricter safety regulations, and more advanced technology.

Mesh communication is something that has been used for some time now in computer networking. In December of 2016, U.S. courts ruled that smart vehicles must speak with each other using a standardized protocol known as "Vehicle to Vehicle" (or, V2V). This particular protocol—although still in largely unregulated and rudimentary stages—is designed to help save lives by allowing vehicles to talk to each other in the same language.

GM has implemented this as a standard feature on the 2017 Cadillac CTS in hopes of taking the lead in the industry. Realistically, being the first to market means are greater chance that their implementation could likely become the standard in a market that is currently unregulated by the FCC and the ISO.

The technology, which uses short range microwaves (like the kind in your cell phone and wireless router, not the kind you make food in), will allow consistent communication to vehicles within a certain range. This may include speed, braking, and other sensory details about the car or environment. The idea is that a vehicle one-fifth of a mile up the road will be able to provide feedback to another vehicle to help it avoid an accident.

Eventually, as more new cars get this technology, it will be able to help more and more vehicles avoid accidents by creating a large enough mesh of coverage to link most cars on the road together.

Recently, a bill was introduced to seek better cyber security for cars to prevent hacking critical systems. If the NHTSA plans to include V2V technology in all new cars by 2023, it will need to ensure that the car is properly secured from outside attack vectors, especially if vehicles begin talking to each other.