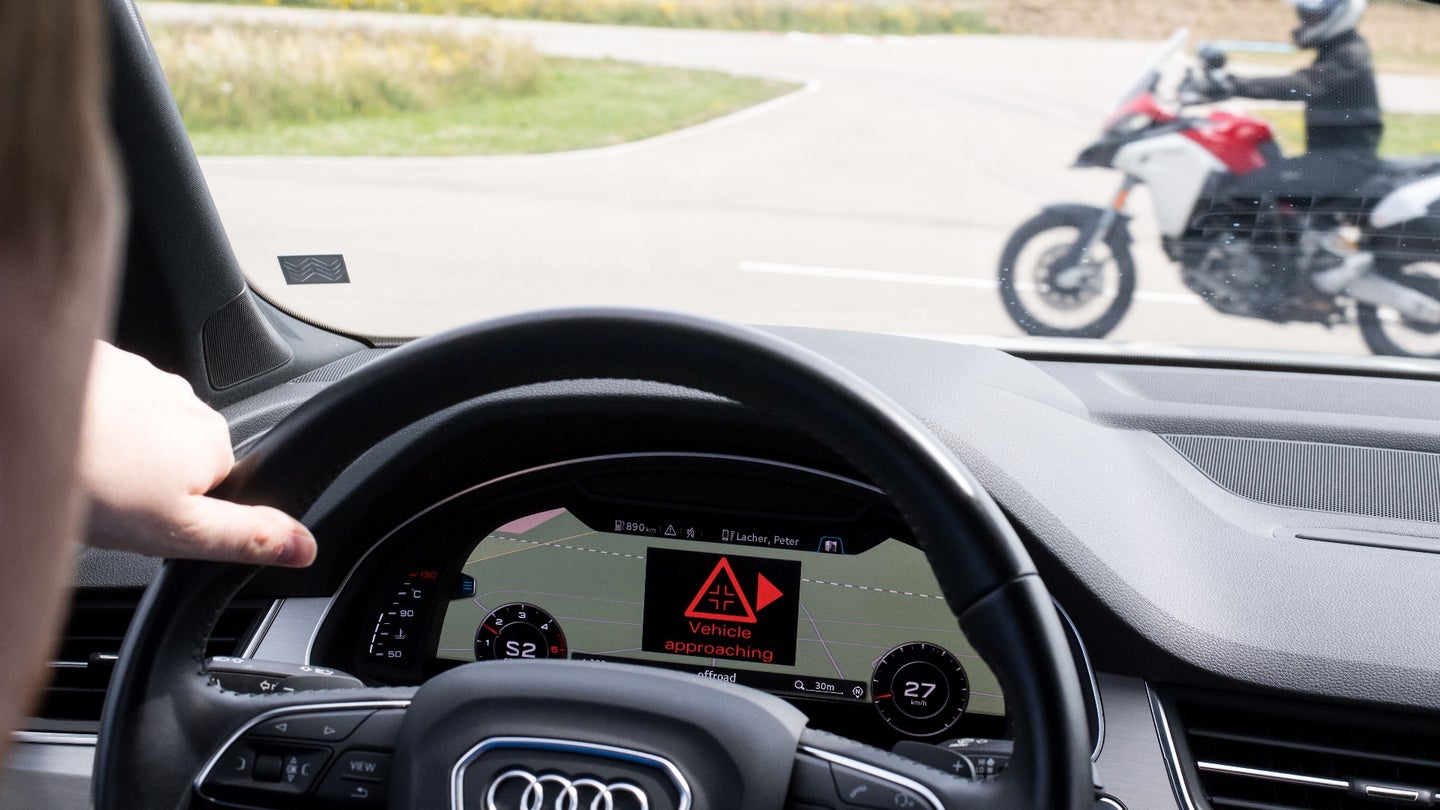 We’ve heard a little bit in the past about V2V technology being applied to motorcycles and now another step has been made in that direction thanks to a partnership between Audi, Ford, Ducati, and tech firm Qualcomm. The result of this partnership is ConVeX (Connected Vehicle to Everything) or C-V2X technology being demonstrated at the 2019 Consumer Electronics Show.

V2V or vehicle-to-vehicle communication technology is basically cars talking to one another when they’re in range to alert those around them of what they’re doing. For example, with this technology, if one car encounters a road hazard and slams on the brakes, it can alert the car behind it of what it’s doing and the driver and/or the car’s semi-autonomous safety systems can react accordingly.

So, how can that be applied to motorcycles? Safety tech like autonomous braking and pedestrian detection don’t really exist yet in the bike world despite becoming almost ubiquitous in the car world. Ducati sees some real potential for similar safety tech in motorcycles that can result in safer riding. Although we couldn't find any videos of this year's CES demos, it's similar to what you see here.

Multiple demonstrations were made at CES using Audi, Ford, and Ducati vehicles. One of the key takeaways that are advantageous for motorcycles is non-line-of-sight awareness. That means your car can give you a notification if another vehicle you might not be able to see is approaching in a perpendicular direction. It can be hard to notice motorcycles if trees or buildings are in the way and this can create an extra line of defense between a motorcycle and an accident just by making other drivers aware of your presence.

What about market viability? When can we expect this tech to hit the street? Ducati has expressed a strong commitment to safety recently and so far, the bikemaker is sticking to it. The Italian brand is in the process of making cornering ABS standard on every model and its next step is to launch the first-ever radar-equipped motorcycle in 2020. Ducati has called C-V2X “one of the key projects of the Ducati 2025 safety road map” so we could see a production Ducati motorcycle equipped with the technology as soon as in the next six years.

Ducati Is Planning a Radar-Equipped Motorcycle for 2020

We’re about to live in a world where you can get a motorcycle with adaptive cruise control and blind spot monitoring.