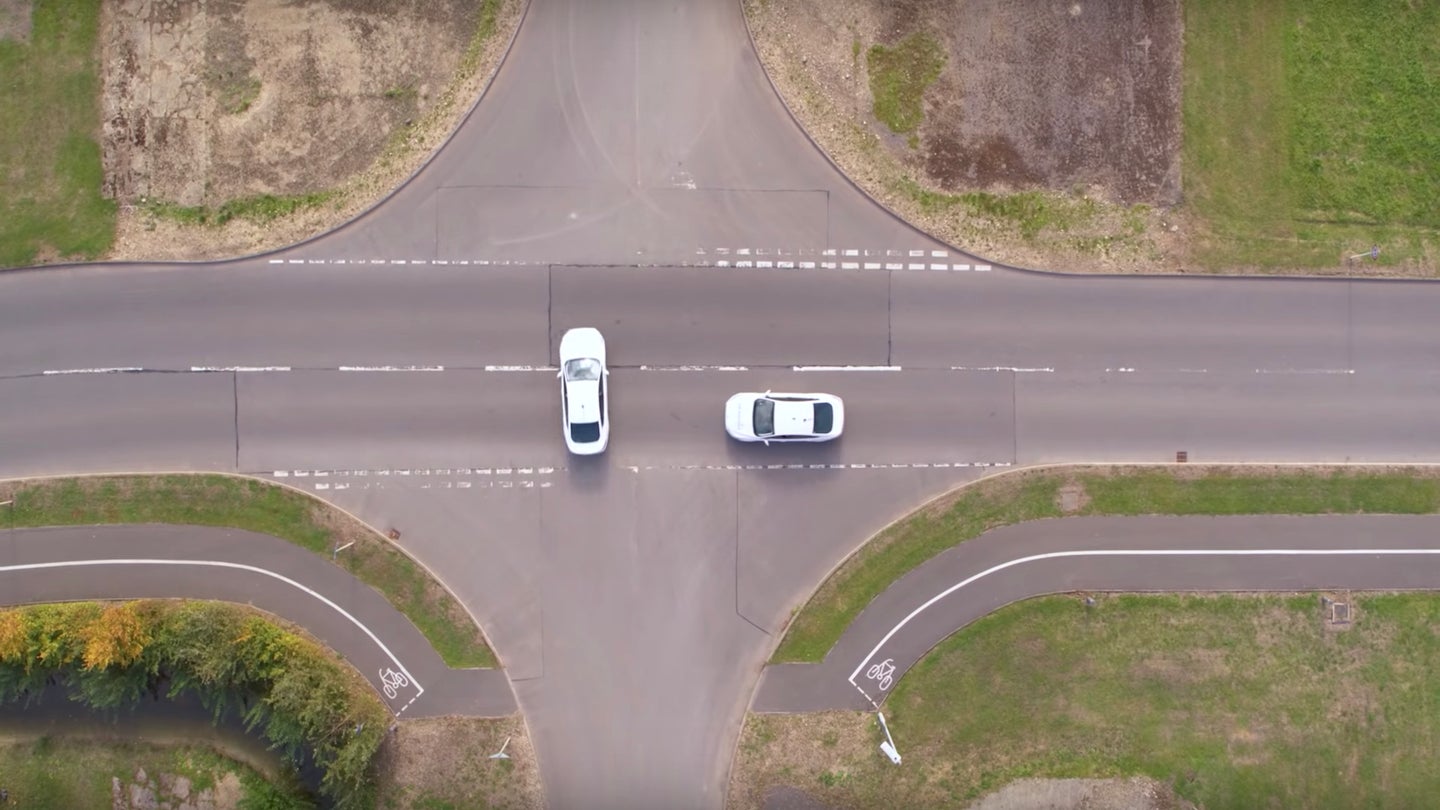 Ford announced Wednesday that it will trial an Intersection Priority Management system in England to analyze how much more efficient intelligent speed reductions would be instead of forcing cars to come to complete stops at traffic lights or intersections, Motor Authority reports. The IPM will use Ford’s vehicle-to-vehicle technologies to communicate the necessary information between nearby cars.

Vehicle-to-vehicle tech allows cars in an area to communicate with each other, and transmit data in short-range such as location, speed, and direction of travel. It essentially gives all cars a complete overview of who is nearby, how fast they’re going, and where they’re headed. Ford’s IPM intends to use that data in order to give drivers informed suggestions on reducing or increasing their speeds to avoid collisions while eliminating the need to come to complete stops.

The premise for Ford’s IPM is reportedly rooted in the way we as human beings navigate crowds. We don’t usually come to complete stops when we notice another person in our path, instead, we simply shift our speed or direction and continuously adapt to new encounters. In other words, Ford wants to develop a more refined method of collision avoidance than our current standard of stop signs and traffic lights at intersections to synchronize everyone on the road to make the flow of traffic more efficient.

Since the IPM can analyze every surrounding vehicle’s location, path, and speed, it can make an intelligent assessment for each driver to reduce or increase their speed so each of them can cross an intersection without coming to a halt or colliding with another driver.

Realistically, of course, only a fraction of cars would have V2V technology like this, rendering the system imperfect since not every car would be sharing data integral to Ford’s IPM functioning as intended. Ideally, Ford said the IPM could help the autonomous vehicle tech industry substantially allowing self-driving cars to come to complete stops only once—when they’ve arrived at their destination. While it’s an exciting notion, the automaker’s current IPM tests will have actual drivers behind the wheel.

Ford’s promising IPM system is the result of two years of work on new safety technologies. The company has previously developed an intersection collision warning system, as well as the Green Light Optimal Speed Advisory, which helps cars adapt to traffic light patterns in order to avoid red lights. Clearly, the automaker is keen on packaging all of these independent systems into one cohesive system, which it intends on doing with the IPM. Stay tuned.