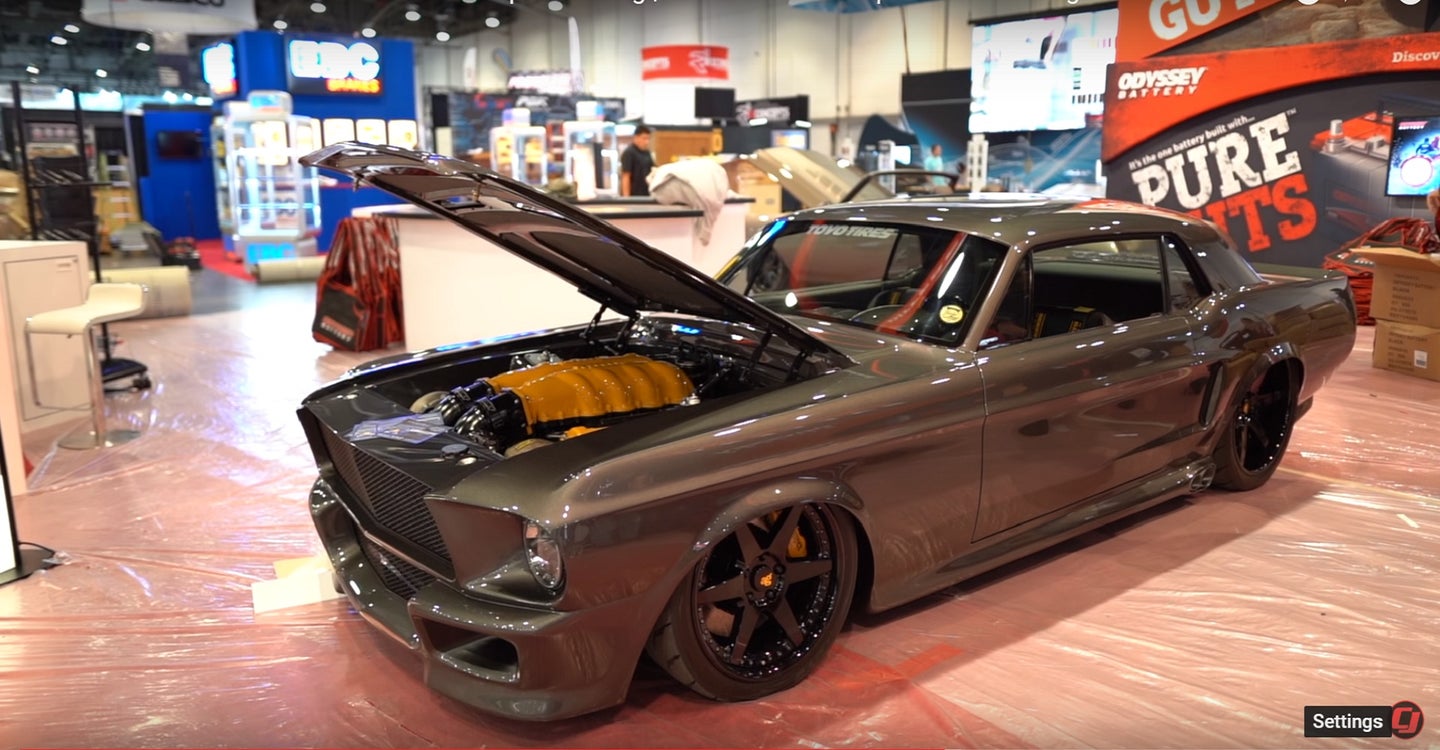 In a typical case of "hold my beer," hot rod builder American Legends went all out for SEMA 2018 and stuffed a Ferrari V8 engine into a 1968 Ford Mustang and dubbed "Corruptt". To make matters even more corrupt, it then twin-turbocharged the Italian motor to the tune of approximately 700 horsepower.

The engine was transplanted from a Ferrari F430, which was in production from 2005-2009 and featured a 4.3-liter V8 with 483 horsepower and 343 pound-feet of torque. The 430 was replaced by the 458 and eventually the 488, and famous owners include John Cena and President Donald Trump.

Under the hood, the Ferrari V8 boasts a Nelson Racing Engines twin-turbo setup. The builder didn't release specific power or torque ratings, but it estimates 700 horsepower to be a solid number. We’re not sure that the F136 engine really needed any boost, but when you consider a Coyote V8 in a new Mustang GT makes 460 hp and 420 pound-feet of torque, we're glad that this old-school build with an Italian heart will be able to challenge its younger siblings.

Other mechanical modifications include a Ferrari California custom intake manifold, Ride Tech Shockwave air ride suspension, and a Tremec T56 six-speed transmission with a sequential shifter. As for aesthetics, this Mustang has 2.5 inches chopped off of its roof, Avant F461 wheels, custom side-exit exhaust, custom acrylic bumpers, a carbon fiber floor pan, and some 3D printed parts inside and out to fill in the blanks of all of the custom bodywork.

This car might be a disgrace to hardcore Mustang fanatics, but we think it's simply marrying the best of two different car cultures.

This Straight-Piped Ferrari F430 Will Make You Squeal

There’s no better argument for naturally aspirated engines than this.