This Unassuming 1972 Ford Econoline for Sale Is Packing a Built 5.0L V8

Who knew a Mustang engine and shag carpeting would be such a good combo? 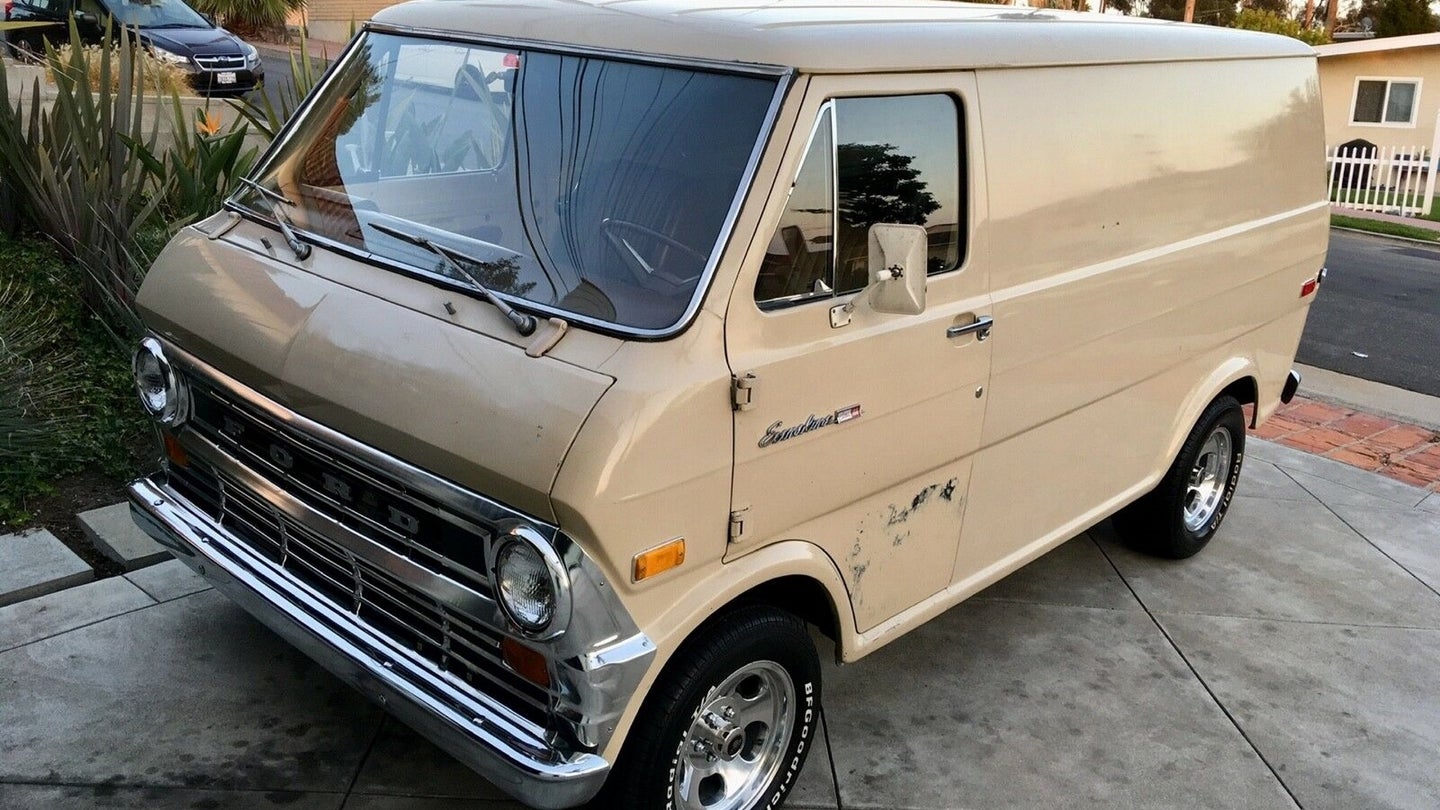 The Ford Transit has unfortunately killed the old Econoline van that was around from the early 1960s through the mid-2010s. Sure, you can still get an E-Series cutaway and the Transit is arguably a better vehicle, but it’s just not the same as the good old fashioned, body-on-frame, truck-based van that soldiered on for more than half a century. If you need an E-Series in your life but don’t think the more modern ones have enough charm, there’s one on eBay right now that might be what you’re looking for.

It’s a 1972 Ford E-100 windowless cargo van hiding a secret under its stubby little hood. This second-gen Econoline was available with one of two inline-six engines or a 5.0-liter Windsor V8, and this one has a 5.0, but not the original one. Instead, it’s a more modern high-output V8 with electronic fuel injection that’s been built by L&R Engines in Santa Fe Springs, California. You may recognize L&R as the shop that built the engines on the TV series Overhaulin’.

The 5.0-liter HO is a Windsor engine in the same vein as the one that might have originally powered this Econoline, but it's considerably newer. The HO variant saw duty in a wide range of Ford products from the '80s through the early 2000s including the Mustang, Explorer, and Thunderbird. The version in this van has the GT-40 head option which was standard on the 1993-1995 Mustang Cobra and made 390 horsepower. Modifications include Hooker headers, dual exhaust with Porter mufflers, and more.

This custom engine is linked to the good old Ford AOD automatic transmission with a shortened driveshaft sending power to the rear wheels. The power and torque ratings aren’t specified in the ad, but we’ll conservatively guess that this unsuspecting old van is making at least 400 hp.

As for the aesthetics, this van has original (except for the hood) tan paint with a few imperfections here and there, but no rust. However, the chrome looks great and it’s actually pretty clean overall. The interior is an ocean of brown which is in exceptional shape and it has the tasteful addition of brown shag carpeting that looks right at home.

As of this writing, this van has a high bid of $11,400 with the reserve not yet met. It’s located in Dana Point, California and you have until the evening of Saturday, Feb. 2 to place your bid.