'What this Wrangler needs is a 500-plus horsepower Dodge Viper V-10.' 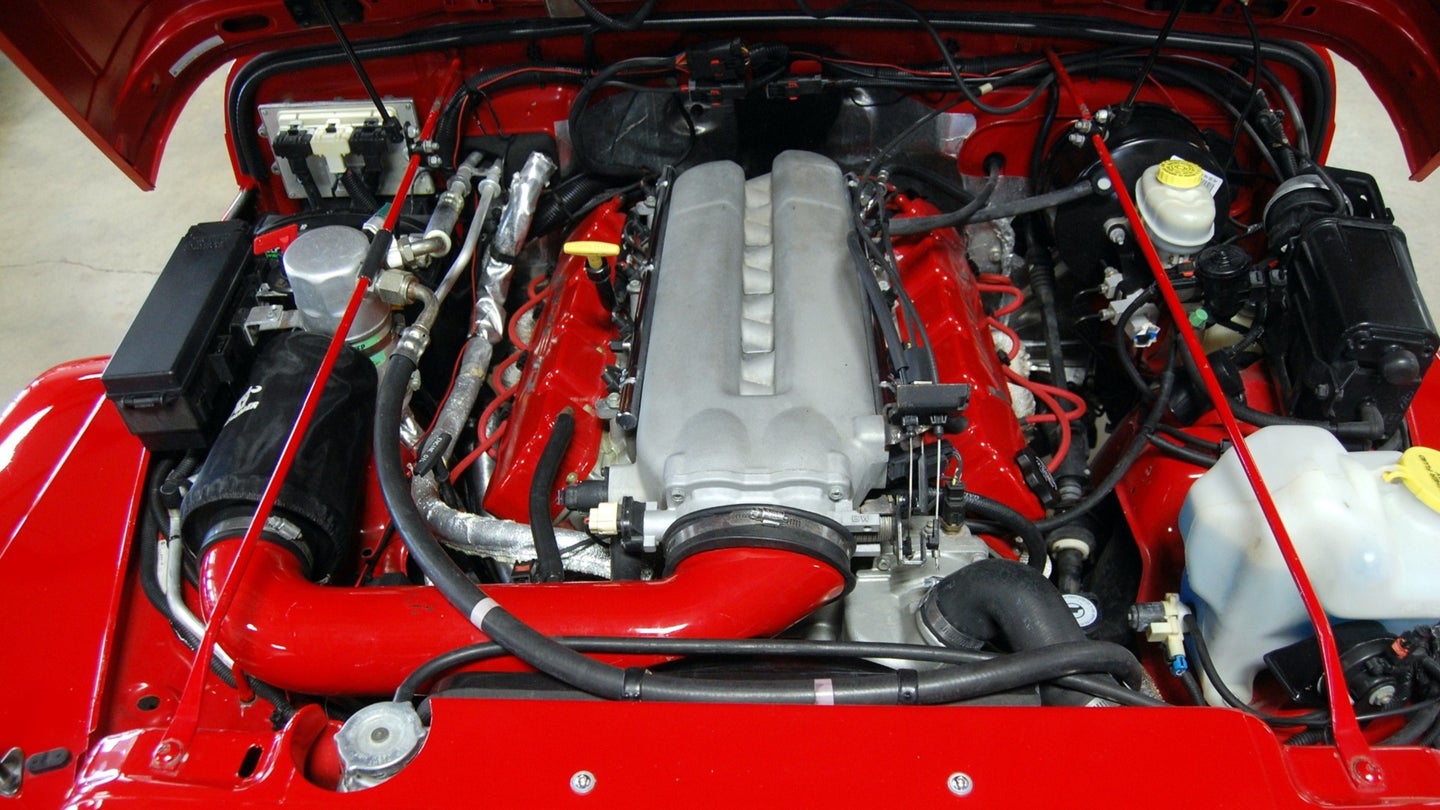 The Dodge Viper SRT-10 was an even more gonzo version of the already wonderfully crazy Viper. It packed a huge 8.3-liter V-10 engine pumping out 600-horsepower. Dodge, being Dodge, also put a version of this engine, detuned to a mere 500-hp, into the Ram 1500 pickup truck. But Chrysler wasn't crazy enough to drop a huge engine into a Jeep until the Hellcat-powered Grand Cherokee Trackhawk. But The Last Detail has built the ultimate answer to a question nobody asked; a 2005 Jeep Wrangler powered by the huge SRT-10 engine.

From the outside, the Jeep looks like any other tastefully modified Wrangler. It's lifted, wears Mickey Thompson off-road tires, and retains live axles at the front and rear despite the additional horsepower. It's a great looking Jeep that provides no visual hints whatsoever about what lies under the hood.

But pop the hood, and the Viper engine looks like it was meant to be there. Granted, the Wrangler was designed for a straight-six engine, so an engine with two banks of five cylinders each isn't a stretch. The air intake looks a little pinched to clear the radiator, which may help explain why the Wrangler produced a puny 500-hp compared to 600 in the Viper. "The Jeep needed a one-inch body lift to help with getting it all in there," Brian Dunton of The Last Detail told The Drive. "The hard part was getting all the accessory and air conditioning components to all fit around it. The builder spent a lot of time getting this one just right and the owner swears he never had any issues with it."

The engine sends its power to all four wheels through a beefed-up 48RE automatic transmission and custom built RockTrac transfer case. Custom driveshafts with Tom Woods U-joints hook up to custom Currie axles, a Dana 60 rear and a modified Ford 9-inch in front with F-450 outers, both with 35-spline shafts. As with the rest of the build, it looks like it could have come out of the factory this way, despite the addition of some Blue Oval products in the front end.

The back gets some nice touches as well, such as the round LED tail lights and a Congo roof cage that rotates out of the way to put the soft top up and down. With a Superlift long arm suspension, matching Warn bumpers, and rock sliders, this Jeep looks ready to tackle the trails.

The attention to detail extends to the full custom interior as well, with Alcantara front and rear seats. A custom center console houses the shift lever, two cup holders, and a locking center console. A large storage box replaces the rear cargo area, including a drawer that slides out when you open the back door.

Although it may seem foolish to do so with over 500-horsepower on tap, the Jeep is supposed to drive like a dream. "I was truly amazed at how well it drives," said Brian Dunton. "I thought it’d be all over the road, especially in corners, but it’s just not."

This custom Jeep can be yours for just $52,000. That's a pretty pricey Wrangler, but considering the quality of the custom work, as well as the Viper engine, it seems like a really good deal.