The 2018 Jeep Wrangler Will Come With 368 Horsepower, According to JL Wrangler Forums

Yes, the 2.0-liter turbocharged I4 engine will make 83 horsepower more than the current Pentastar V6. 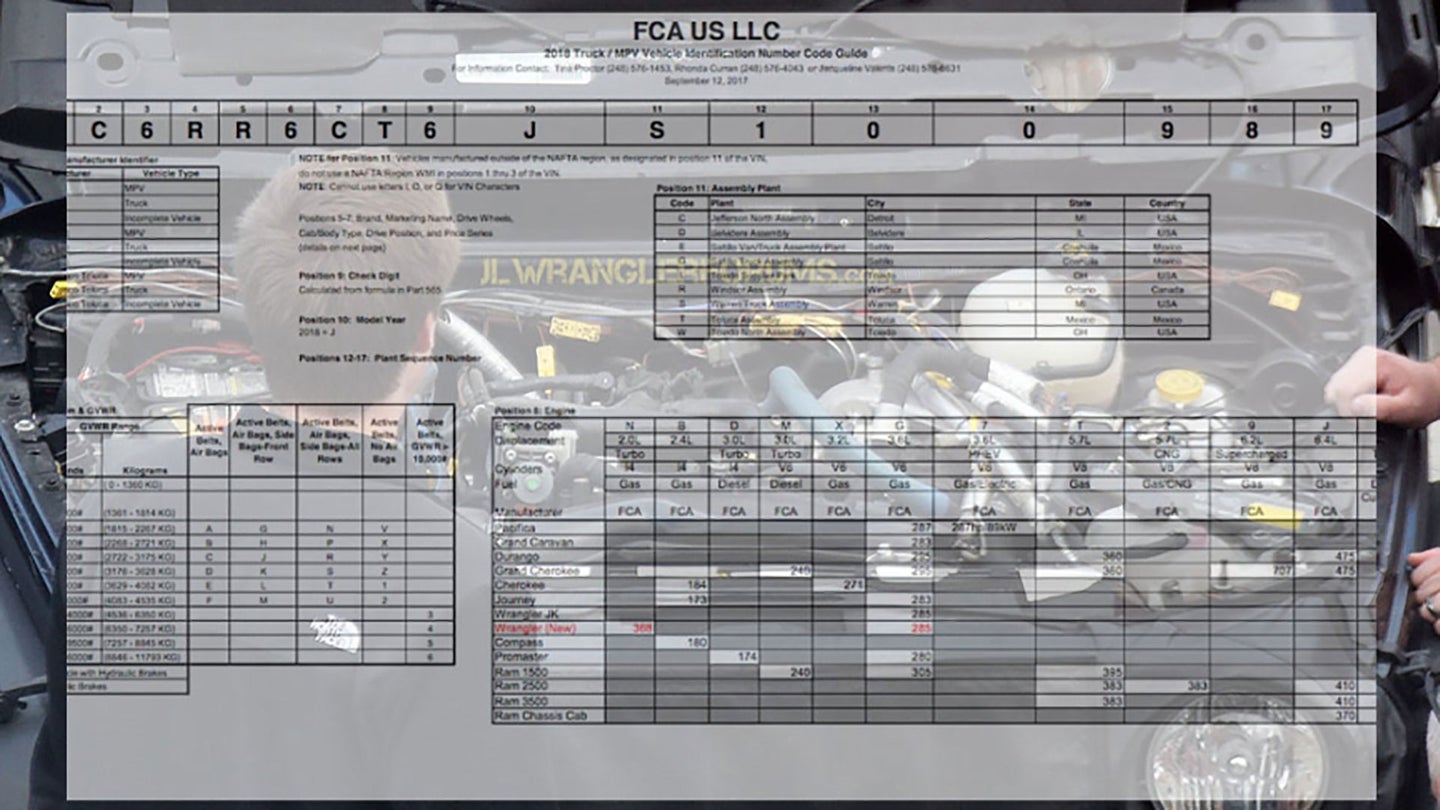 Hold the phone, we were excited about the possibility of the 2018 Wrangler cresting 300 horsepower, but 368 horsepower is like winning the lotto. According to exclusive information obtained by JL Wrangler Forums, the "Hurricane" 2.0-liter turbocharged I4 engine will be packing more than we all expected. Right now you can buy a 2017 wrangler with the 3.6-liter Pentastar V6 engine. Although this is plenty sufficient, a nearly 90 horsepower jump is much welcomed, especially for those owner who are looking to lift their Jeep.

We apologize in advance for jumping the gun, but since the 368 horsepower is coming from the optional 2.0-liter "Hurricane" turbocharged four-cylinder engine, we can only imagine we will see tuning packages offering a 400 horsepower Wranglers just weeks after they debut. We are also curious to see how the turbocharged 2.0-liter is tuned and how that torque curve translates to off-road/crawling capabilities, but whatever the case may be, we look forward to starting and build with a 350+ horsepower Wrangler.