CEO Sergio Marchionne is planning on cranking out 300,000 units a year of the iconic SUV starting in 2018. 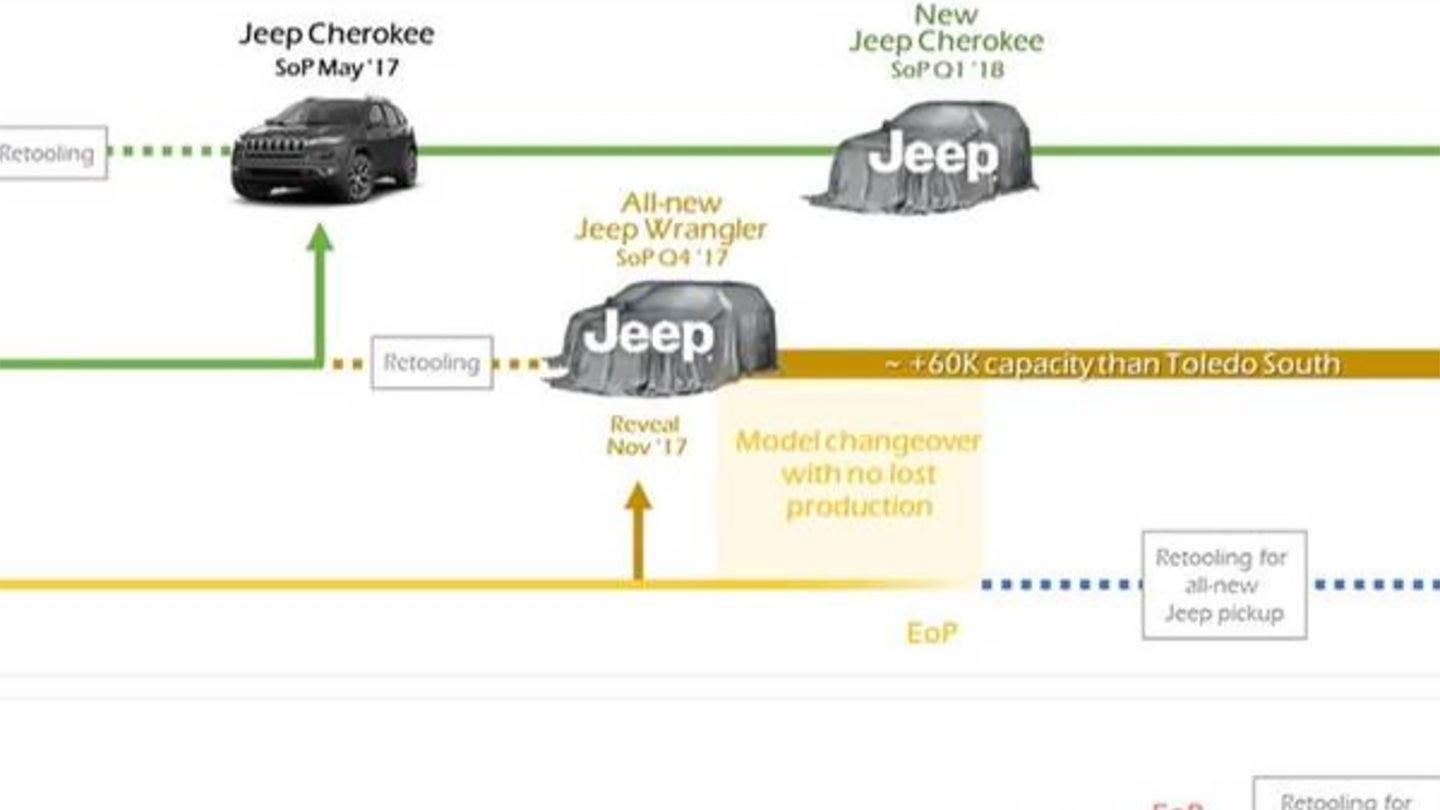 For years, Fiat Chrysler Automobiles has struggled to keep up with the production demand of the beloved Jeep Wrangler. Luckily, adequate production numbers may finally be in sight for the iconic off-roader. According to CEO Sergio Marchionne's comments during an investor conference call as reported by The Toledo Blade, FCA's Toledo Assembly Complex should be able to produce 300,000 Wranglers a year as of 2018.

He went on to say that one of the assembly lines will be reconstructed to produced the heavily-anticipated Wrangler-based pickup. Due to the similar design of both vehicles, Jeep may be able to produce nearly 400,000 Wranglers a year when all is said and done.

In order to get ready for 2018 Wrangler production, FCA has spent $700 million in factory line reconfiguration, hired 700 new employees and provided 2,200 employees with additional training. According to reports, the Toledo Assembly Plant produced 245,000 Wranglers in 2016 and it has produced 150,142 Wranglers by the end of this September.

On Tuesday, an FCA investor presentation was released online revealing the all-new 2018 Jeep Wrangler will debut in November; production should begin within the first quarter of 2018, according to our friends at JL Wrangler Forums. The new Wrangler will reportedly come with three new engines and a flurry of design upgrades. However, going against earlier rumors, Jeep will apparently not simultaneously produce the old Wrangler and the new-for-2018 version for several months during transition. Marchionne made it clear that it isn't the right move for the company to produce both. Which is understandable—and all the more reason why current Jeep Wrangler fans should do some new-car soul searching before production switches over.