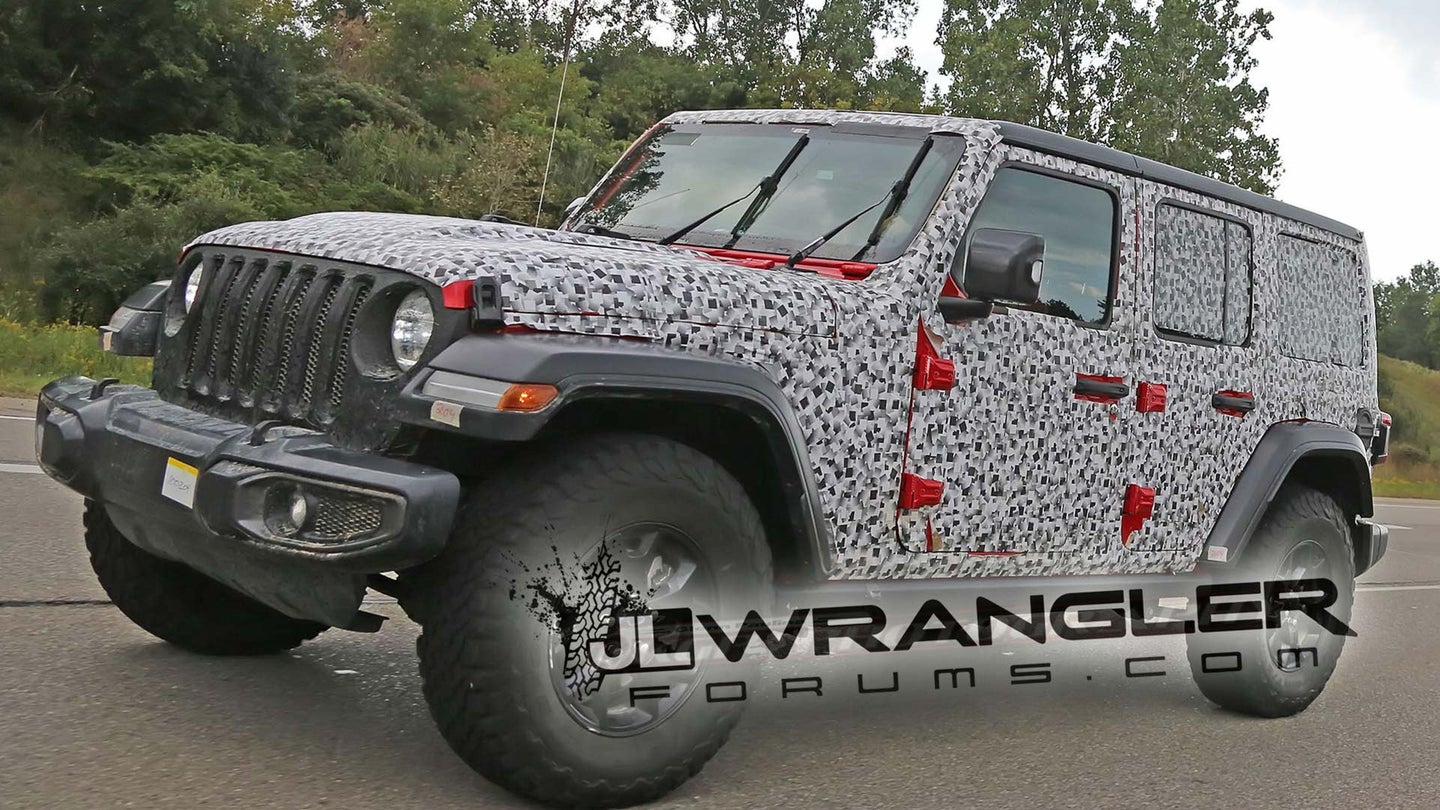 The 2018 Jeep Wrangler has been a huge topic for nearly a year now and production is quickly approaching. Through a series of articles on The Drive you probably already know a lot about the heavily anticipated vehicle, accept you haven't had the opportunity to get a clear picture of it.

Although the pictures below feature a 2018 Wrangler still rocking camo, it is by far the closest we have gotten to a naked version of the vehicle. The camo on the vehicle is just film so you can get an accurate idea of the lines and dimensions without leaving too much to the imagination. In no way do we fancy ourselves Wrangler experts, but through our careful monitoring of JL Wrangler Forums we have been able to catch the differences between the 2017 and 2018 models.

The most noticeable difference would be the front and rear bumper design. Both the front and rear bumper appear to be more minimal in profile, most likely for improved clearance and offroad capabilities. Diverting our attention to illumination, the fender lighters are new of the wrangler and have been a large point of interest throughout various design renders. The headlights and taillights both appear to be LED, and option in the past but possibly standard now. One of the test mules appears to have true rails, similar to the ones we saw on the all-new Chevrolet Colorado ZR2.

As far as the main body is concerned, the grill and windshield appear to be slightly more angled than previous models, possibly to improve mpg. The windshield and windows appear to be slightly recessed and flush with the body, give the Wrangler a more polished look than generations prior. Although we can point out obvious differences, we really look forward to putting the 2017 and 2018 Jeep Wranglers side-by-side and going over the differences with a fine-toothed comb.