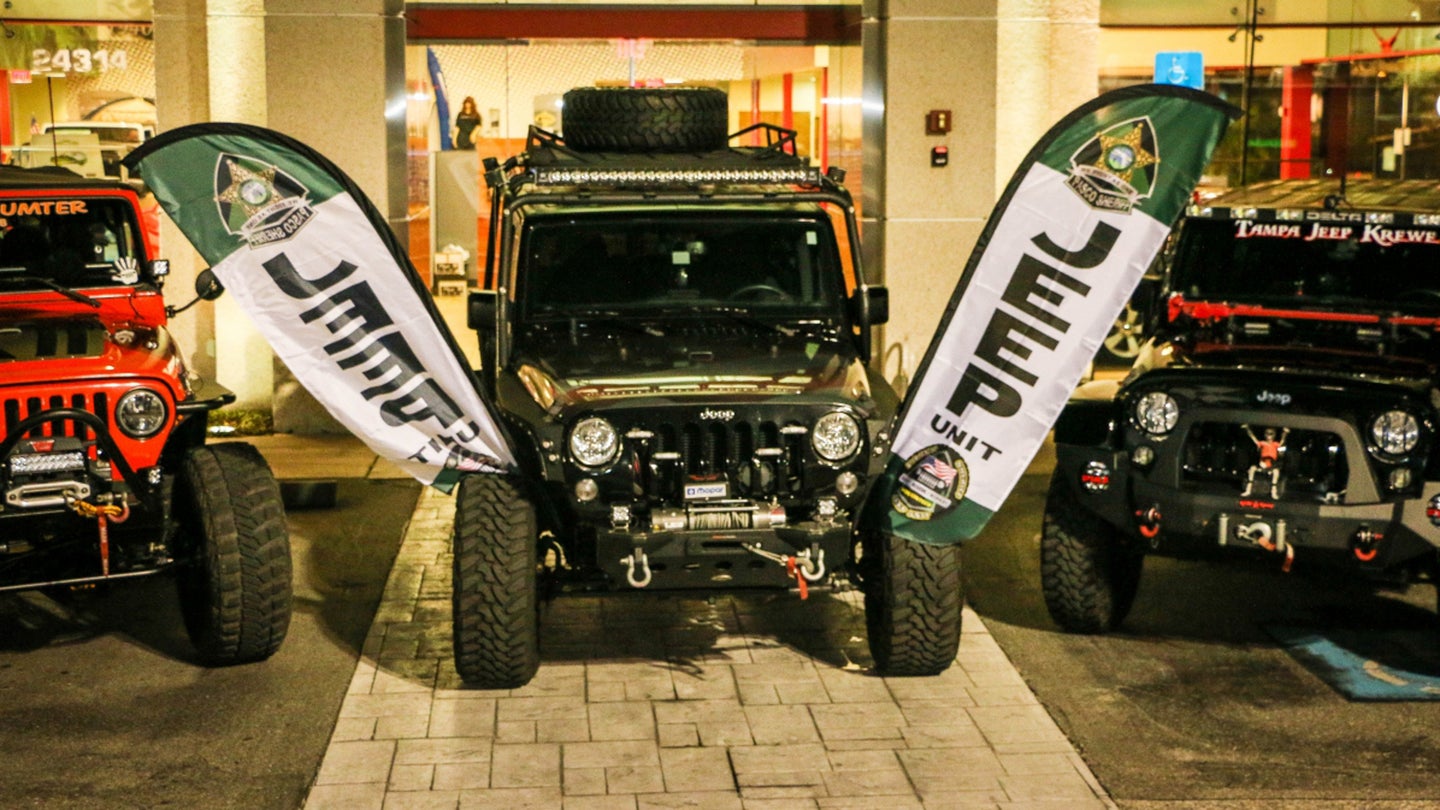 Jeep Wranglers are nothing if not capable off-road, and one Florida sheriff's office is taking advantage of the vehicle's famous abilities by forming an all-volunteer Jeep Search and Rescue Unit to get off-road enthusiasts trained and equipped to help police when the going gets rough and a regular patrol car just can't hack it.

That's not to say the Pasco County Sheriff's Office doesn't have a few off-road toys of their own. But the ability to summon the 27 members of the Jeep Unit to assist on searches, extractions, and even flood rescues has proved to be a huge help for deputies. Mind you, this is much more than a motley crew of Jeepers banging around in the woods; potential recruits are fully vetted and given extensive training in everything from CPR to search patterns to crime scene procedures before officially joining up.

Corporal Arthur Madden, the officer in charge of the unit, told CBS 10 News that the volunteers have already been called on twice to help out in real-life search and rescue operations and were "instrumental" in clearing several search areas. And with the rainy season approaching, Madden says the team will be ready to assist on whatever missions come up requiring their off-road expertise.

For the members, it's all about helping people. Many are retired police officers, firefighters, and doctors, eager to channel their former vocations and continue to serve the local community. In addition to the on-call demands of the job, the unit also travels to outreach and public awareness events, where the jacked-up Jeeps are generally a big hit with anyone with a pulse.

But for anyone who's hoping to join up, fair warning: As you might have guessed by the pictures, it's Jeep Wranglers only (and the occasional XJ Cherokee) for now.

Bantam Jeep Heritage Festival organizers want to provide a place for women to learn “without the stress of their husbands’ [judgment].”