A blend of old and not-so-old parts combines to make one mean off-roader. 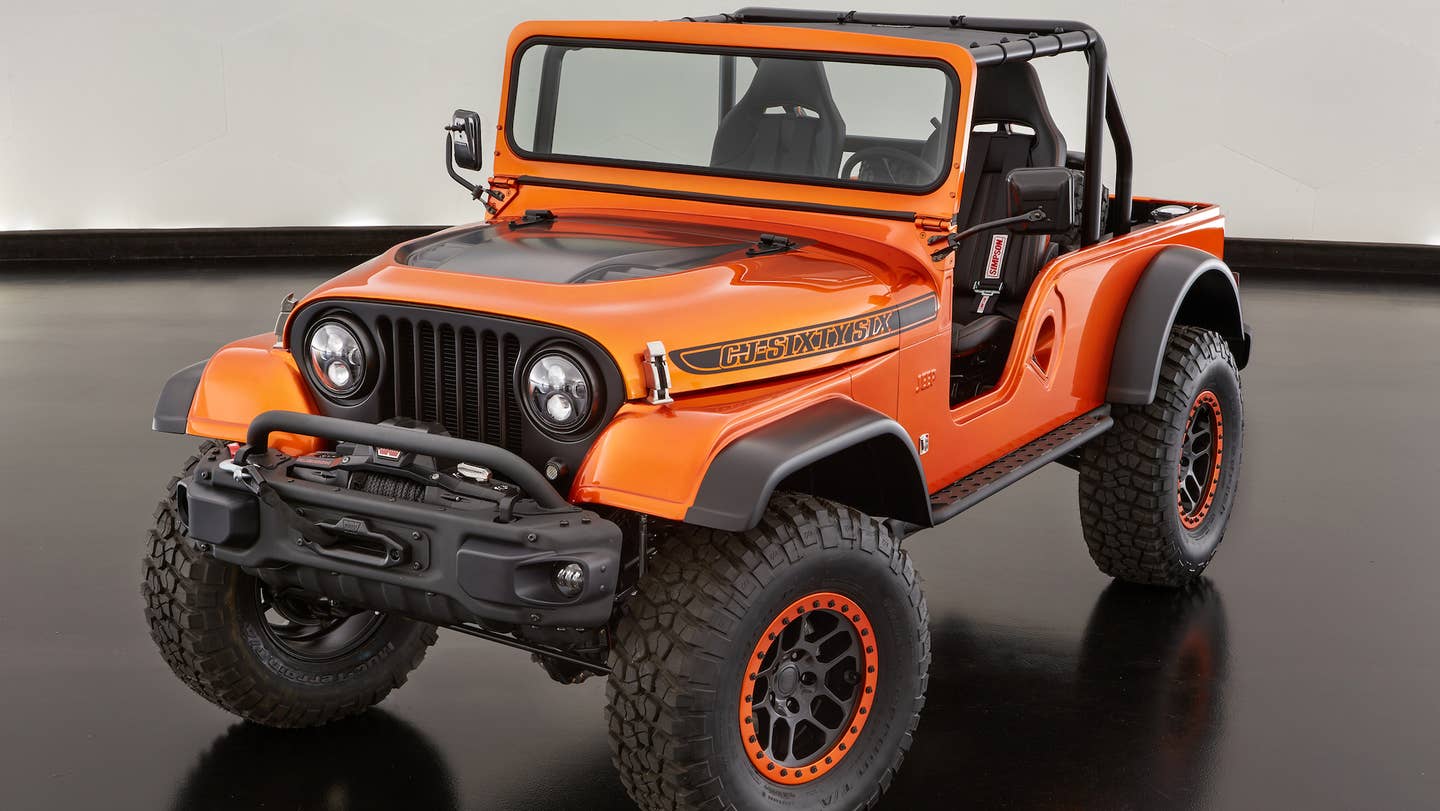 If there's one thing Jeep concepts are consistently good at, it's putting a smile on off-road enthusiasts' faces. The old Jeep Might FC concept or the Wrangler Trailcat we messed around with earlier this year? Both serious smile-enhancers. And Jeep's new CJ66 SEMA concept makes us feel the same way.

The CJ66 uses the frame from a last-generation (TJ) Wrangler with a body from a 1966 "Tuxedo Park" package Jeep. That mishmash sits atop a set of 35-inch all-terrain tires and a two-inch lift kit. Add in a six-speed manual transmission, a Mopar performance exhaust, and crate axles in the rear and the front, and this Wrangler is packed with goodies for solid off-road performance.

That color? It's called "Copper Canyon," and it's paired with a matte-black stripe on the hood. There are also massive fender flares Jeep claims help protect the car from whatever it encounters off-road, but we'd guess they're there more for style points. The skid plate, front bumper plates, roll cage, and rock rails, on the other hand, are probably the most useful protection pieces for off-tarmac adventures.

The concept also rocks LED fog lights and a Warn winch for pulling itself and over off-roaders out of hairy situations. And check out those seats. No, those aren't odd attempts at retro-style muscle car seats—those are two thrones from a Dodge Viper. Because why not.

From where we're standing (or sitting), the CJ66 appears like it could be one of the most tempting beach buggies money could buy. The problem is though, money can't buy this car, since it is a concept. So we'll just have to sit back and drool.