The Jeep Wrangler Abides (and Conquers)

We list the contenders that have come and gone. 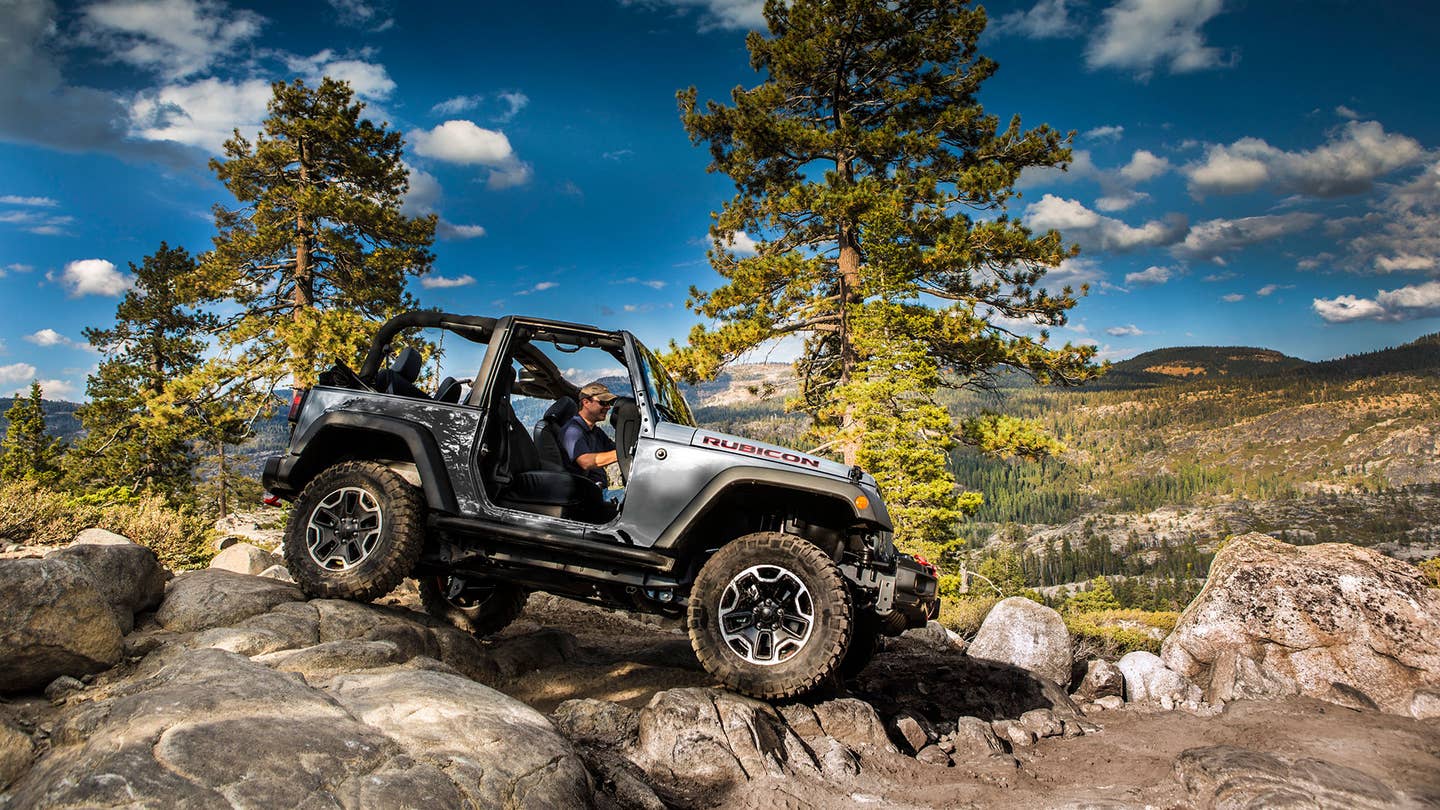 Chrysler likes to say that the Jeep is 75 years old, which is true, in that there's an unbroken line from the WWII Willys-Overland, to Kaiser-Jeep, to American Motors, to Fiat-Chrysler. Its mechanical origins go back further, at least to the first four-wheel drive Austins of 1937; and maybe back to the 1913 Jeffrey Quad 4X4.

Either way, the original four-seat open 4X4 that we know today as the Wrangler has outlived its own cousins and its competition, to a ludicrous degree. A few were novelties; others direct competitors, and one a legend in its own right. Now, a new 2018 Wrangler is in the works, with two solid axles, maybe a small diesel and definitely a Rubicon trail-rating, showing that even with the continued softening of the Jeep lineup there will always be a place for the original civilian SUV. Here's the best of the beasts the Jeep has conquered along the way.

The H3 was kind of a good idea. Sure, the H2 was a joke, but GM really tried to make the smallest Humvee an offroad-capable SUV. Mechanically the execution was solid – you could even get it with a stick shift. It was painfully underpowered until it got an optional V8 in 2008, but the damage was done and people never stopped making jokes.

If anything was ever aimed directly at the Wrangler, this was it. A solid rear axle, fully boxed frame and standard 239hp-and-up 4.0-liter V6 gave it trail cred, and it borrowed extensively from the 4Runner (which Jeep also outlived). That, plus Toyota quality, low sales volume and a modern interior gave it a cult following, but not enough of one to stay on the market.

The "FJ" in FJ Cruiser is derived from a huge variety of Toyota vehicles, going way back to the 1955 FJ25. Toyota built contract-manufactured Jeeps during the Korean war, but that early FJ was the first to take Toyota down the long road of doing battle with Jeep. The subsequent FJ40 was the two-door, short-wheelbase, Jeep-like (FJ indicates the F engine type jeep) variant, which was exported to America. It was inexpensive, reliable and nearly indestructible. Most of them are still rolling today, and the FJ is owed a lot of credit for establishing Toyota in the US.

Xterra is so recently deceased that there are still new ones hanging around on dealer lots, but for Nissan, it's long forgotten. As they painstakingly try to reinvent themselves for the efficiency era–while still selling the single least efficient small truck in America–there was no room for a body-on-frame, offroad oriented SUV. Too bad.

What a punch in the gut. The Defender was never spiritual competition for Jeep; it was its own separate and wonderful thing. Where the Jeep has always been a rattly steel tub, the Defender was a rattly aluminum tub. See the difference? Both owe their success and ubiquity to deep military roots. Both are tough as nails. If we could only have one or the other, we're not sure we would chose the Jeep.

Despite several solid tries at the market and plenty of success, the Bronco gave up the fight twenty years ago. Ford may or may not be reinventing the Bronco and the nameplate has seen hits and misses throughout its career, particularly the infamously tippy 1983 Bronco II. The several iterations of full-size Bronco are more tasty, especially early ones, which were a force at the Baja 1000.

I don't remember when or where I saw Chuck Norris in Lone Wolf McQuade, nor do I remember a single plot point. In fact, the only thing I remember is Chuck Norris Chuck Norrising himself out of a grave by taking a beer bath and driving his supercharged Ramcharger through a couple yards of sand to the surface.

My wife likes to tell the story of riding around in her dad's Scout, sitting on a milk crate because there wasn't enough metal left in the floor to attach a proper seat. That about squares with every Scout (or Travelall) I ever looked at, a pile of rust roughly shaped into brick form. Unstoppably tough, tractor-reliable and... well, tractor engined, the Scout was dead in the water as soon as speed limits started to creep up from 55 mph.

OK, so it's really not fair to lump in the later Jimmy and Bravada and their downsized Blazer kin with the original full-size Blazer, but they've all come and gone. The fullsize truck lives on, as it turned into the Tahoe in '94.

We probably should have loved the Montero more. They were never fast, but they were real rough country vehicles, and available in many variations over the years. The Montero even looked good, but by then Mitsubishi was a bit player in the US, despite the international reputation of its trucks. In the end? The poor Montero never had a chance.

The spindly little (1.3- to 1.6-liter!) Samurai was an unlikely competitor to the all-American Jeep, but once people got to know it, it started to look like a half-scale version. Slow, light and sometimes scary to drive, the little Samurai nevertheless rocked Suzuki quality and a pair of leaf-sprung solid axles, and you'll find them all over tight trails today.

Another real off-roader from an also-ran company, the early Troopers were true bricks on wheels and probably only stayed on the market because they rode the twin rails of new respect for Japanese imports and interest in SUVs. It rode right back out again when gas prices started heading up in 2002, and was followed by all of Isuzu in 2009.