The First Ford Bronco Was Almost Named the Ford Wrangler

The 2021 Bronco shares more than just aesthetics with the blocky Jeep Wrangler. 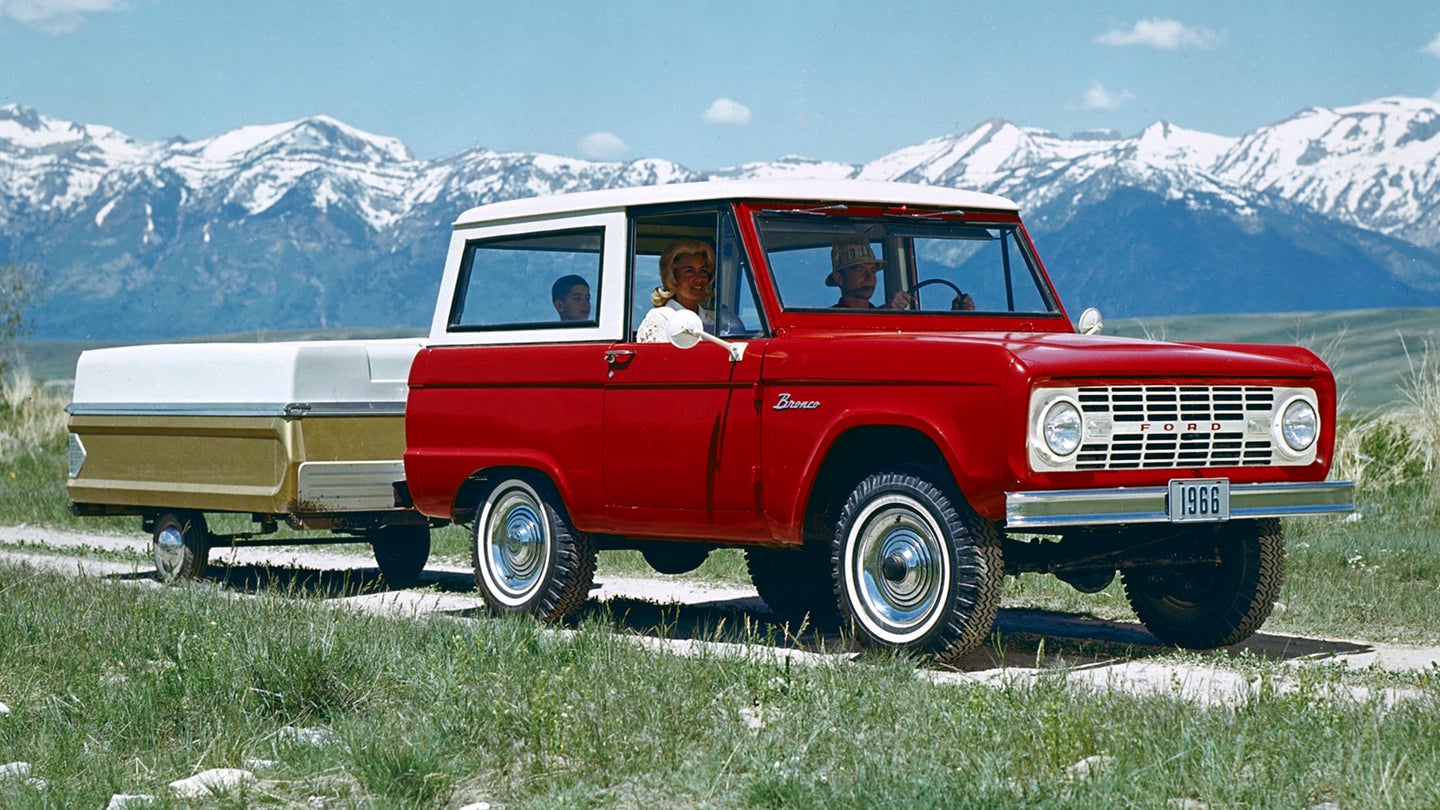 The 2021 Ford Bronco looks like the savior of our off-road dreams, even if this pandemic means we have to wait a little longer to (officially) see it. But let's revel in this for a second—for once in our lives, the revival of a beloved nameplate didn't result in a bland crossover. Instead, Ford followed up its promises with a two- and four-door, body-on-frame SUV with a removable roof and even a rumored manual transmission. Amazing. And also a little familiar for fans of the iconic Jeep Wrangler.

Not that that's a bad thing, of course! Poke around the forums and you'll see Jeepers looking down their nose at the Bronco and its lack of a solid front axle, or Bronco diehards predicting the outdated Wrangler's demise. But the world's big enough for both, we say. And the infighting is a little silly, because two trucks are more closely linked than most would believe—in the 1960s, twenty years before Jeep used the name, the original Ford Bronco was almost called the Ford Wrangler.

Ford archivist Ted Ford spoke to Fox News about the development of Ford's original 1966 model, and surprise: Bronco started out as an internal development name. Back in 1963, Ford wanted to add a "four-wheel-drive sports car" alongside the Mustang. It was internally code-named the Bronco to play off the horse metaphor, but names often change between the inception and production of a new vehicle.

So Ford cast about for other suggestions. This special SUV—fit for everything from off-road fun to cruising and traversing the worst kind of weather—needed a rough-and-tumble name to fit its rugged capabilities. Wrangler was suggested and considered, but ultimately didn't make the cut.

Given that its commercial shows the Bronco catching air and bucking like, well, a bronco, it's pretty clear that Ford nailed the name during the truck's development. But given the proto-SUV's inherent appeal to Americans, there's little doubt the Ford Wrangler would've sold just as well. Consider a world where Jeep had to find another tough and vaguely Western name for its new model in 1986. The Jeep Tumbler? The Jeep Durango? The Jeep Claim Jumper?

We've already seen spy shots of the new Ford Bronco as well as the smaller, less rectangular "baby Bronco," the Bronco Sport. The Bronco was supposed to be revealed this month, with the Bronco Sport following suit in April. However, it is unclear when Ford will show off this new Bronco as things have certainly changed since then and no back-up date has been announced. The Drive will keep you informed on the latest updates and let you know as soon as we get more details.