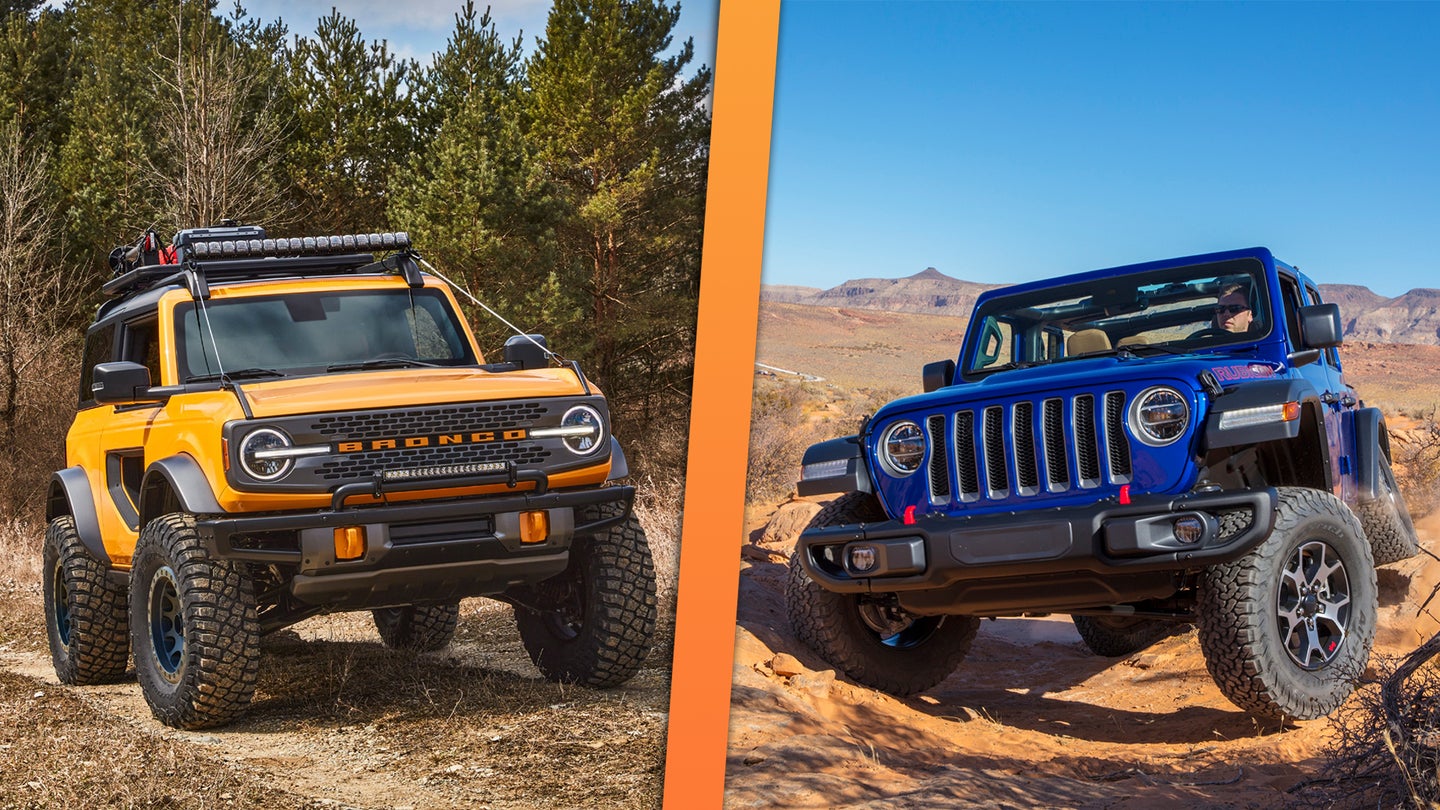 It's been a long time coming, but the iconoclastic Jeep Wrangler finally has direct competition in the 2021 Ford Bronco. Both trucks have removable roofs, removable doors, throwback styling and two-speed transfer cases, making them heated rivals from the very start. Despite its greater focus on high-speed performance (see: independent front suspension), it's obvious that the Bronco was benchmarked against the Wrangler. So let's compare the two line-by-line with the topline specs Ford released today.

Both Wrangler and Bronco also offer varying amounts of capability from trim to trim, and the full-length granular comparisons will come in due time. One imagines there'll be quite the cottage industry of articles and YouTube videos pitting Jeep and Ford against each other in the ULTIMATE OFF-ROAD SHOWDOWN or what have you. But for now, we wanted to simply lay out the numbers for the current Jeep Wrangler Rubicon and the equivalent Ford Bronco Badlands, which is the latter's top off-road trim.

The two are incredibly similar in some ways, and both can be modified in the aftermarket to well exceed any of these figures. But from the factory, the new kid on the block appears to have the upper hand in a few key areas like wading depth and breakover angle, helped in large part by its optional 35-inch "Sasquatch package" mud terrain tires, which aren't available direct from Jeep on the Wrangler. So here are the need-to-know specs for America's new dueling off-road princes: