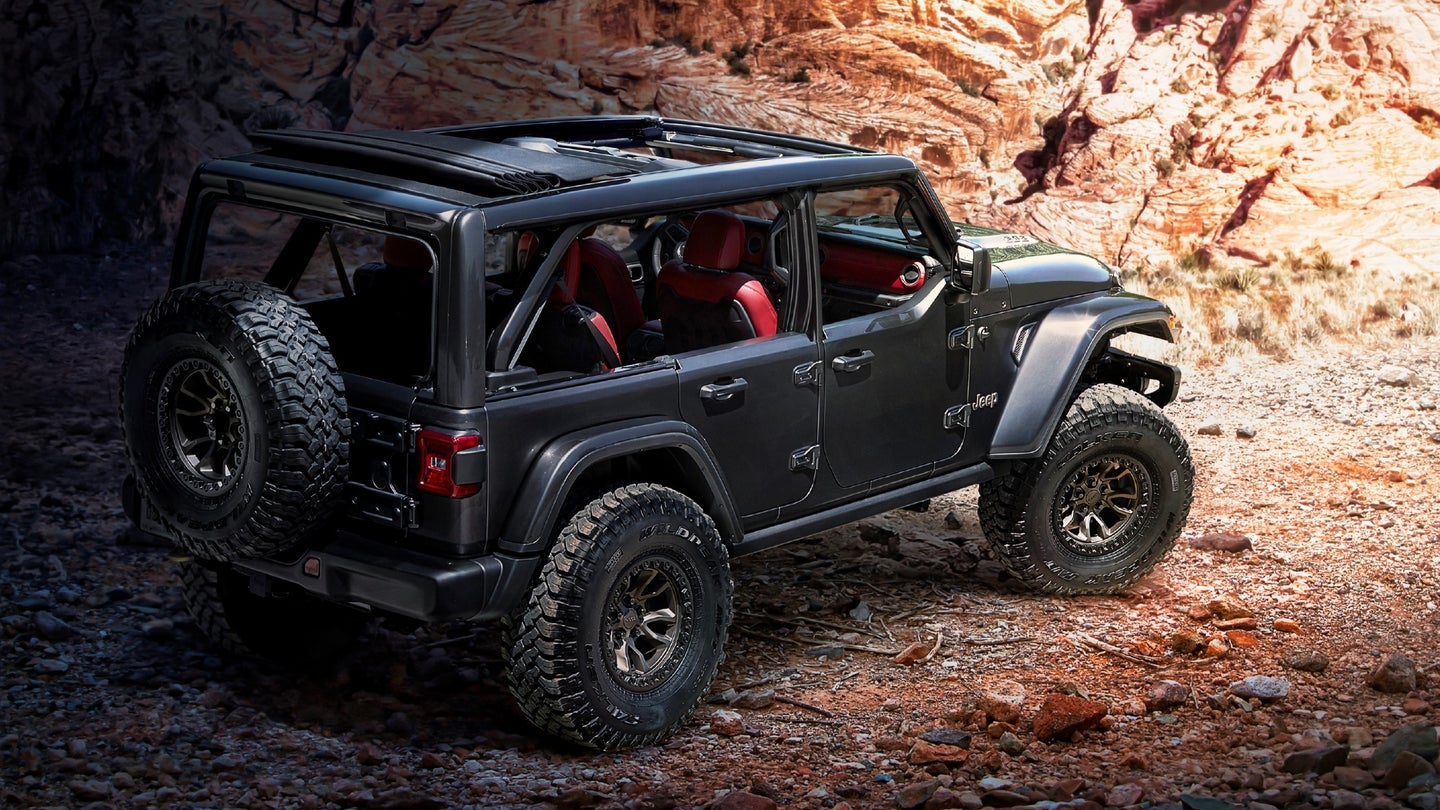 On the same day Ford is scheduled to finally unveil the 2021 Bronco, Jeep cheekily revealed the Wrangler Rubicon 392 Concept, a V8-powered JL Wrangler that can get from zero to 60 mph in less than five seconds. Now, a new report has come out saying the Hemi-equipped Jeep will drop the "Concept" from its name pretty soon and become an honest-to-God production vehicle available at your local dealership.

Citing a Jeep "insider," Road & Track reports that a production Wrangler rocking a 6.4-liter Hemi V8 is indeed happening. The anonymous source points to 30 prototypes that have allegedly been built at the company's Toledo, Ohio plant shortly after it reopened from its COVID-19 shutdown. They probably wouldn't have gone through all that trouble if the 392 Concept was truly a one-off show car. R&T also says this same source spoke of the Concept "in detail" before Jeep publicly revealed it.

The company insider reportedly goes on to say that the production-ready Wrangler 392 will feature Fox internal-bypass shocks à la Gladiator Mojave and a lifted suspension with beadlock wheels.

While the Concept makes 450 horsepower and 450 pound-feet of torque, concrete power figures (as well as pricing and release timelines) remain up in the air for the V8 Wrangler's alleged production version. But frankly, we wouldn't be the least bit surprised to see this thing materialize.

A Jeep Wrangler Rubicon 392 would carry on Fiat Chrysler's winning strategy of sticking a V8 in pretty much everything it makes. What's more, Jeep sent the Concept into the world on Monday alongside this little blurb: "Jeep enthusiasts have been clamoring for a V8-powered production Wrangler in recent years and the new Jeep Wrangler Rubicon 392 Concept is an indication they may soon get their wish."

You can't just say stuff like that and not do a V8 Wrangler, my dudes.

We've reached out to Jeep for comment and will update this story when we hear back.

After years of teases and spy shots, we finally see the new Bronco tonight. But Ford won’t be advertising on some of the biggest platforms.