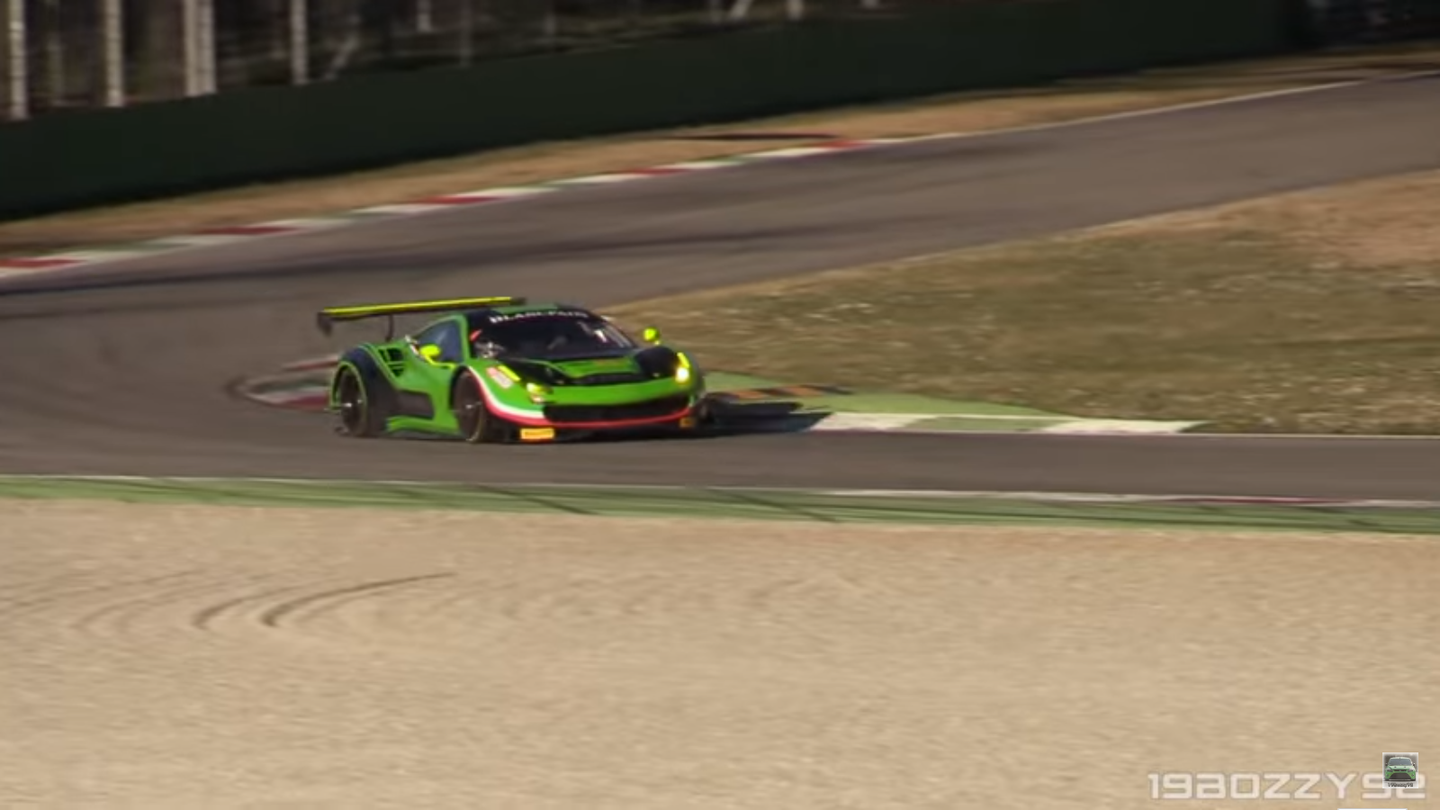 Ferrari and turbocharging aren't exactly synonymous. Yeah, the 288 GTO and F40 featured 2.9L turbo V8s, but aside from that, Ferrari's claim to fame was high-revving, naturally aspirated units. The successor to the 458 Italia, the 488, reintroduced forced induction to the Ferrari lineup with its teency 3.9L V8 making 661 horsepower. Here, you can see the 488 in GT3 trim, making plenty of turbo noises to set the hills alive with the sound of flutters and whooshes. Does it sound different? Sure. Does it sound bad? Of course not. It still has the same technology underneath to make it a fire-spitting stallion.

It's a sound that we're more used to hearing in rally racing and drift cars. Huge rushes of air flood the 488's intake, expelling all of it through the rather noisy wastegates. It's especially pronounced coming into a hard corner with the rest of the engine shutting up, allowing for plenty of "stu-stu-stu" to escape onto the track. Regardless of the noise it makes, turbocharging should genuinely make a difference for the team this year.

The 488 GT3 is in for a season of tough competition from its rivals at McLaren and Mercedes-AMG. The Ferrari team has had exceptional success over the past several seasons, putting the Competizioni GT team towards the front of the series. It very well may take the title of "most radical looking GT3 car", but in a good way. Wings and canard intertwine nicely with the 488's buttresses, looking (and sounding) faster than ever.