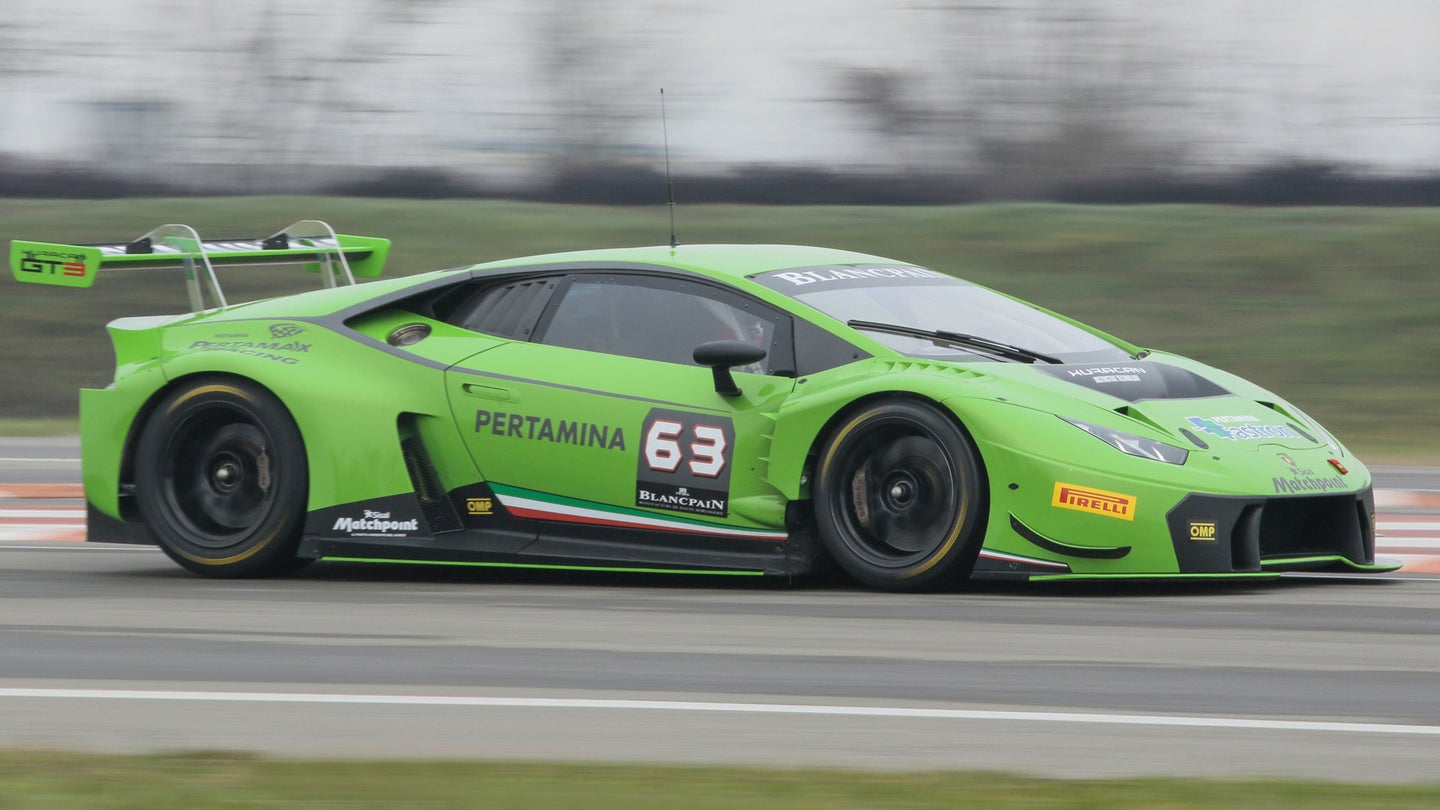 After victories at Monza and Brands Hatch, the Lamborghini Huracan GT3 has now won at Silverstone to make it three first-place finishes in a row in the 2017 Blancpain GT Series. The V10 supercar's impressive balance of power and handling shone in the Huracan's track-happy GT3 model at the intense British circuit. This trio of wins has thus far proved worrying to the Mercedes-AMG team, who won the series in 2016 and have not been able to get an edge over their Italian rivals so far this year. While the races aren't over, things are looking up for Lamborghini as they continue to prove their motorsport bona fides.

The car that claimed the most recent win is the #63 Huracan GT3 of Grasser Racing Team. The car's team is made up of Christian Engelhart, Mirko Bortolotti, and Andrea Caldarelli, all seasoned factory drivers from Squadra Corse, Lamborghini's elite racing division. The #63 bull fended off multiple Mercedes-AMG GT3's during the event, stampeding across the finish line with one right on its tail.

2017 has been a good year for Lamborghini as far as racing is concerned. While the brand has been taking motorsports seriously since the early 2000s, they're still relatively new to the scene and didn't secure their first win until just 10 years ago (a lifetime in racing years). However, the company has made a few impressive headlines recently, first with the Huracan Performante obliterating the Porsche 918 Spyder's Nurburgring record in March, and now this trio of wins in the Blancpain series. We'll be watching to see how Lamborghini follows up on the feat.

We did a Q&A to find out about the unusual partnership.

Ferrari vs Lamborghini: The Battle of the GT3 Race Cars

On Ferruccio Lamborghini’s birthday, a look at new race cars from both factories—and a renewed rivalry.