After years of teases and spy shots, we finally see the new Bronco tonight. But Ford won’t be advertising on some of the biggest platforms. 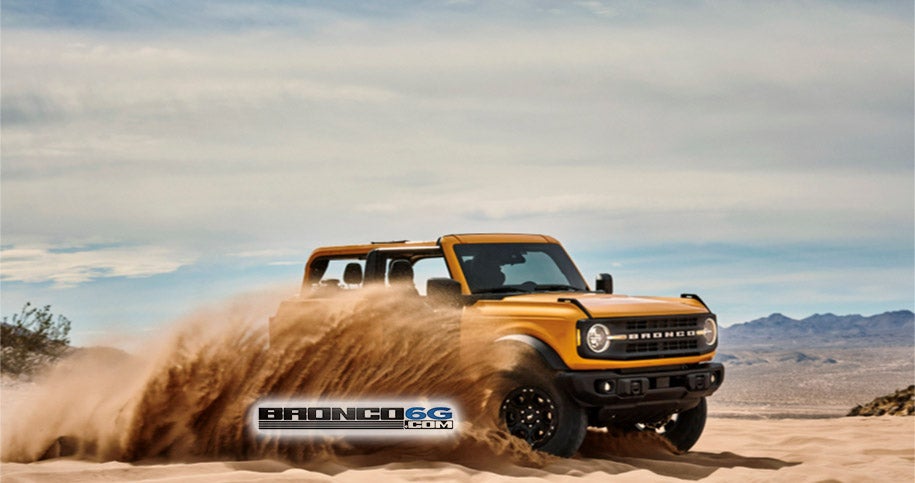 Good Monday morning and welcome back to Speed Lines, The Drive's roundup of the biggest news in cars and transportation. On today's docket: the long-awaited debut of the 2021 Ford Bronco, Volkswagen fires its software boss and General Motors has a problem with people not showing up to work at its Missouri truck plant.

After approximately 500 years of leaked photos, spy shots, forum rumors, teasers and powertrain details trickling out here and there, we finally, finally get to see the 2021 Ford Bronco tonight. It joins the ranks of the new Toyota Supra and C8 Chevrolet Corvette in recent years as an eagerly awaited vehicle backed up by a massive online hype machine. And as we've covered before, it's a big deal for Ford, which needs some wins after a disastrous 2019 and a rough go during the pandemic.

As our own Jesus Garcia reported this weekend, here's how to see it tonight:

On ABC, look out for a three-minute film showcasing the 2021 Ford Bronco 4-door airing around 8:09 p.m. EST during the CMA Best of Fest concert.

If you’re watching ESPN SportsCenter, the all-new 2021 Bronco Sport will be airing around 8:11 p.m. EST.

And case you miss it, or have cable anymore, all three Bronco films will be available for streaming on Hulu Tuesday, July 14th. You can also watch the live Bronco debut online via YouTube, Twitter, and Facebook on Monday, July 13th, at 7 p.m.

Basically, you have options.

Now, here's what's especially notable about the Bronco reveal: it comes at a time when Ford has hit pause on social media advertising, including Facebook, Instagram and YouTube, amid widespread concerns that those platforms have not done enough to curb hate speech. Ford is still posting on its various accounts; this is just related to advertising.

As The Detroit Free Press notes, Ford has gotten some criticism for the move—more tactical than philosophical—because competitors who continue to advertise like Fiat Chrysler can potentially reach customers instead. But Ford has also gotten praise for the move. Here's one, Detroit business professor Marcus Collins:

Our lives are so public in a social networking platform world now, he said.

"Research shows that people care more about having an emotional connection with brands than the value propositions of the branded product itself," Collins said. "People wear Beats headphones because they’re an artifact of cool, not because they’re the best product. It’s why people drive a Ford F-150 versus Chevy Silverado. You’re an F-150 guy or a Chevy guy."

If brands want relationships with their consumers, these discussions are essential, he said.

"The idea that a brand shouldn’t have a stand on social issues is misguided," Collins said. "If it were the case, then brands shouldn’t try to have a relationship with people at all. If the idea is to build consumer relationships so they buy, then we have to engage on a human level."

In reality, the Bronco's probably a big enough deal that a Facebook ad boycott won't impact the hype too much.

America's car factories may be back up and running, but certainly not at full steam yet, and they're all still dealing with coronavirus outbreaks—and workers' justifiable fears of getting sick.

Despite aggressive safety measures that include partitions, mandatory distancing, temperature checks and protective equipment, no company can control everything people do on or off the clock. And with cases skyrocketing in places like Texas, absenteeism is increasingly a problem.

Workers not showing up to work over virus fears is why GM cut a third shift at its important Wentzville, Missouri plant, The Detroit News reports. That's an important plant; it builds midsize trucks, which are crucial sellers right now. From that story:

GM doesn't know exactly how many people will be affected by shift cut, but Barnas said each shift has about 1,250 employees and the automaker will work to get back to three shifts at the truck plant as quickly as possible. The Detroit Free Press first reported the layoffs.

"People on our team should not be concerned about coming to work. GM Wentzville is following multi-layered safety protocols that are working very well to keep people safe by reducing the possibility that COVID-19 can enter the plant and preventing any spread within the plant," Barnas said.

Wentzville Assembly builds the Chevrolet Colorado and GMC Canyon mid-size trucks and Chevy Express and GMC Savana full-size vans. GM reopened its assembly plants starting the week of May 18 after an eight-week pandemic-induced shutdown. The truck plants, Wentzville, Flint Assembly, where heavy-duty trucks are built, and the Fort Wayne, Indiana plant, where light-duty trucks are built, increased to three shifts at the beginning of June. GM's Flint and Fort Wayne plants are still operating on three shifts with additional Saturday shifts scheduled to increase supply of its profit-rich trucks.

Hard to say what the answer is here. Can you blame those workers for being freaked out?

Volkswagen's Top Software Guy Is Out

And finally, Volkswagen is set to fire its head of software development and a board member by the name of Christian Senger. He worked at BMW before coming to VW, and at his former employer, he helped develop the i3 electric/hybrid city car. He then went to work on VW's MEB electric platform. But now he's out, according to Reuters, "after clashes with the company and concern at software problems with the recent ID.3 and Golf 8 vehicles."

Why does this matter at VW, a company that, since the Dieselgate scandal, has seen more turnover than a pancake restaurant? Because VW is pushing what's likely the most aggressive shift into electric vehicles of any legacy automaker. It plans to go fully EV within a few years and has a whole onslaught of new electric models planned, led by the ID.3 compact due out in Europe later this year.

But that car and the new Golf have already been delayed over software issues and both are crucial models for the German automaker. Some ID.3s will ship in Europe without their App Connect infotainment system and HUDs working, according to The Verge. "Full feature" versions will be available later will software issues are ironed out.

VW's EV shift is off to a very messy start already, and someone new will have to help out the software issues that will increasingly be critical parts of future vehicles.

China's companies shift focus to commercializing AVs in effort to catch up to U.S. (Automotive News)

Beyond the Milky Way, a Galactic Wall (NY Times)

35 years later, Queen's Live Aid show is still one of the greatest concerts ever (USA Today)

The Ford Bronco: Do you believe it will make all of your dreams come true at last? Will it fill the emptiness in your heart that you have felt for so long? With it, will you finally be complete?

Don’t worry, people will still get it stuck.