More oomph for not much cash—and it's all OEM-approved. 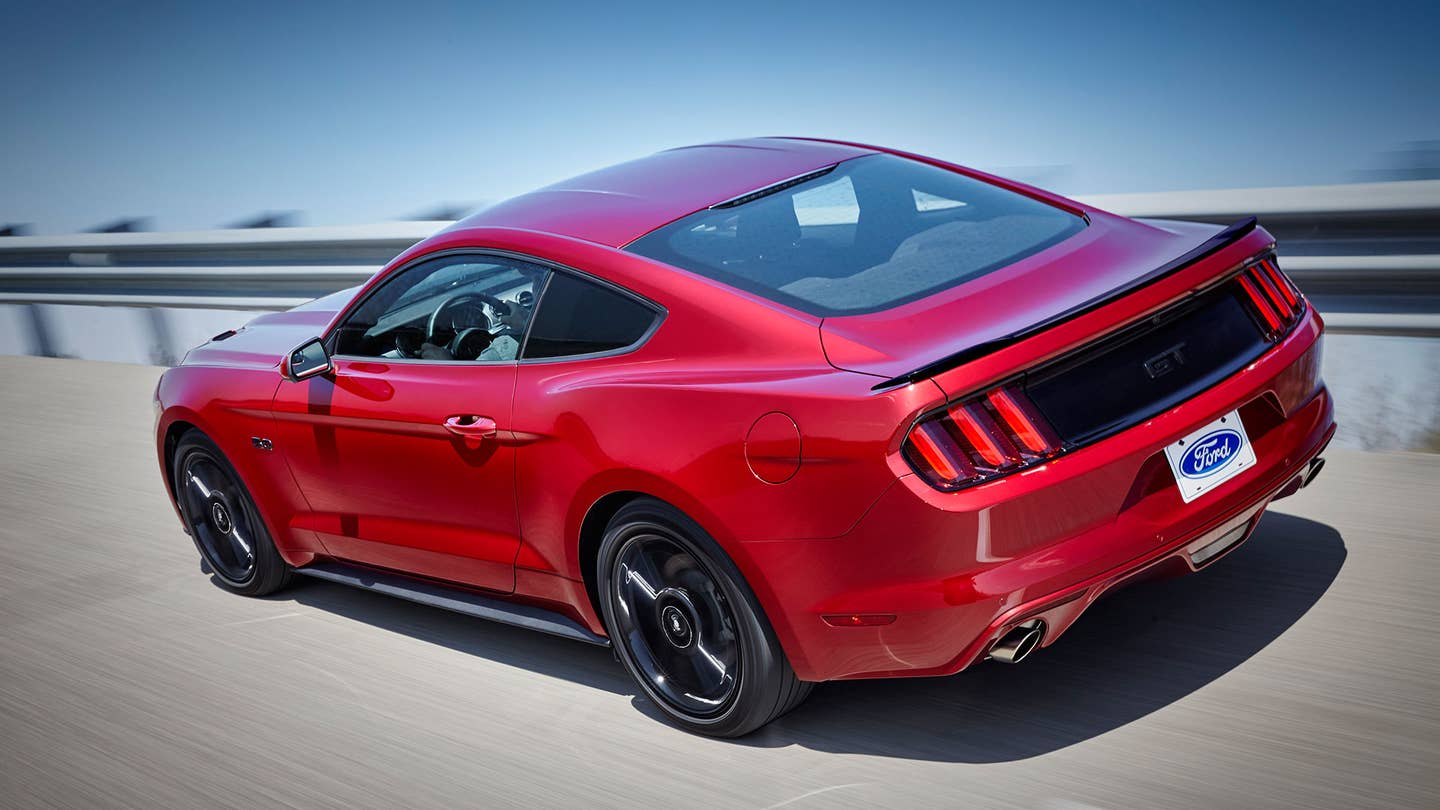 Has the luster of owning a Mustang GT begun to dim every time you catch a glimpse of a new Shelby GT350 driving down the street? Well, Ford has a cure: three new power upgrades for the Mustang GT—two of which pull goodies straight from the GT350.

The upgrades, which Ford announced this week and are available for all 2015–2017 Mustang GT models, all come directly from Ford Performance Parts; all three packages allow for no-lift shifts, and include more aggressive throttle mapping. In addition, all three power boosts are 50-state emissions legal, which means all that additional power won't come at the expense of mocking diesel-powered Jetta drivers at traffic lights.

Starting August 1st, Mustang GT buyers can pick up Power Pack 1 (internal code name: M-9603-M8). The only one of the three to lack any tasty treats from the GT350, Pack 1 revolves around a new K&N air filter. The change only adds 13 horsepower and 16 lb.-ft. to the 5.0-liter V8; more importantly in real-world terms, it tweaks the power curve enough to add 40 lb.-ft of torque at 1,500 rpm, giving the Pack 1-equipped Mustangs more scoot around town. At $539, it seems dumb not to spring for it.

And by Halloween, Power Pack 3 will arrive, known as M-9452-M8 to the parts managers at Ford. Pack 3 takes the GT350 cold air intake seen in pack 2 and also adds on the Gt350's intake manifold. Ford's own specs are a little fuzzy for this package; the press release and Ford Performance website both claims Pack 3 adds 37 hp and 5 lb.-ft over stock, but also states that it adds 60 hp at 7,500 rpm...which seems odd, as the sixth-generation Mustang GT's fuel cutoff kicks in at 7,000. Based on the other entries, we're guessing it was a typo, and "7,500" is supposed to be "1,500;" we've reached out to Ford to confirm. Regardless of how much power it adds, Pack 3 will run you $2,395.

If it were our money, we'd drop the nine-and-a-half Benjamins on Power Pack 2 and never look back. But that's just us. Let us know which one of these strikes you as the best deal in the comments below.