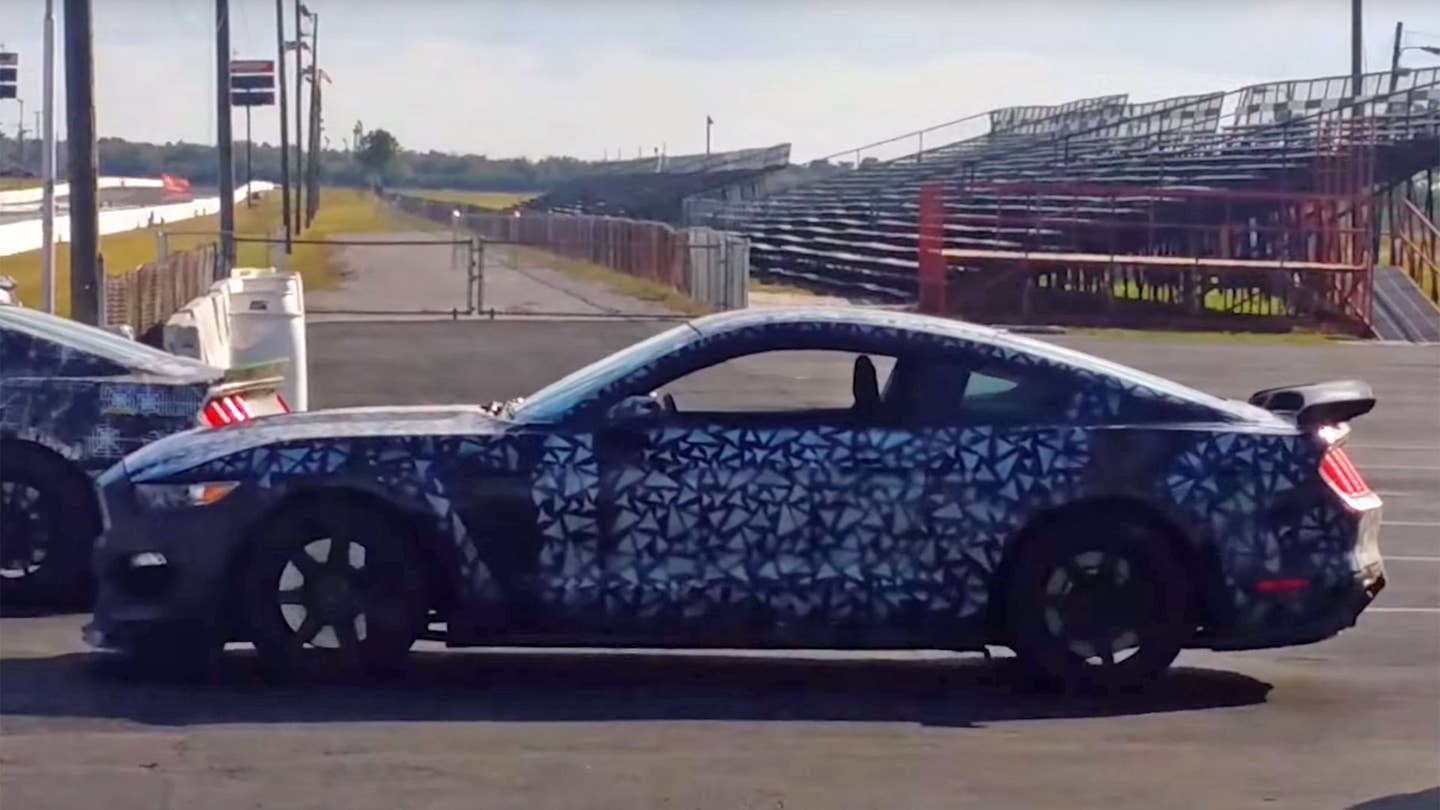 The latest bit of Ford Mustang gossip isn’t quite as rock-solid as we like our news to be, but since we’re suckers for rumors and muscle cars alike, we couldn’t help ourselves. According to a couple new reports bouncing around the web, Ford is working on a version of the Shelby GT500 that would make enough power to make Mopar’s Hellcats and Chevy’s Camaro ZL1 look downright wimpy by comparison.

The most recent report comes via Torque News, which claims to know a guy who knows a guy who works at Ford and has inside information that the automaker aims to stir up trouble in the muscle car world with a brand-new GT500. Hardly the most concrete of sources, sure, but it squares nicely with a report from Horsepower Kings back in February that also claimed Ford was working on a new super-Shelby for the 2018 model year.

Both reports suggest the new car will be making well north of 700 horsepower. Horsepower Kings claims the new Shelby GT500 will make roughly 740 horsepower, while Torque News suggests Ford is bandying about power outputs in the range of 750 to 800 horsepower. Ludicrous, sure; then again, 707 horsepower sounded pretty crazy back in the pre-Hellcat era.

Horsepower Kings says the source of that manic power will be Ford’s first production EcoBoost V8, a twin-turbo version of the 5.0-liter Coyote engine in the Mustang GT. (The car maker plugged a turbocharged Coyote into the Cobra Jet concept dragster back in 2012, but never disclosed how much power it made.) A twin-turbo V8 would be a shift for Ford’s maximum Mustang; previous versions of the GT500 used eight-cylinder engines outfitted with superchargers to stir up extra power. But turbocharging is in vogue at Ford these days: Just witness the EcoBoost engines in both the new F-150 Raptor and GT. So it wouldn't be surprising to see the car maker give the GT500 a pair of snails instead of a blower.

A horsepower-heavy GT500 would fix a somewhat glaring gap in the Mustang lineup. The Shelby GT350 may be a sports car-slaughtering marvel of engineering, but its 526 hp, naturally aspirated V8 means it ranks a distant third in the all-American horsepower wars. A GT500 could—and likely would—bring the title of most-powerful muscle car back to the Blue Oval.

And considering the Mustang is a bit lighter than the Charger or Challenger, a GT500 would stand a good chance of smoking the satanic kitties in the quarter-mile. Horsepower Kings claims one of the purported GT500 test mules in the video below cooked off the quarter mile in 10.96 seconds at 126 mph, which would put it pretty much neck and neck with Dodge's official time for the Challenger Hellcat.

*Assuming you consider the Mustang a sports car.