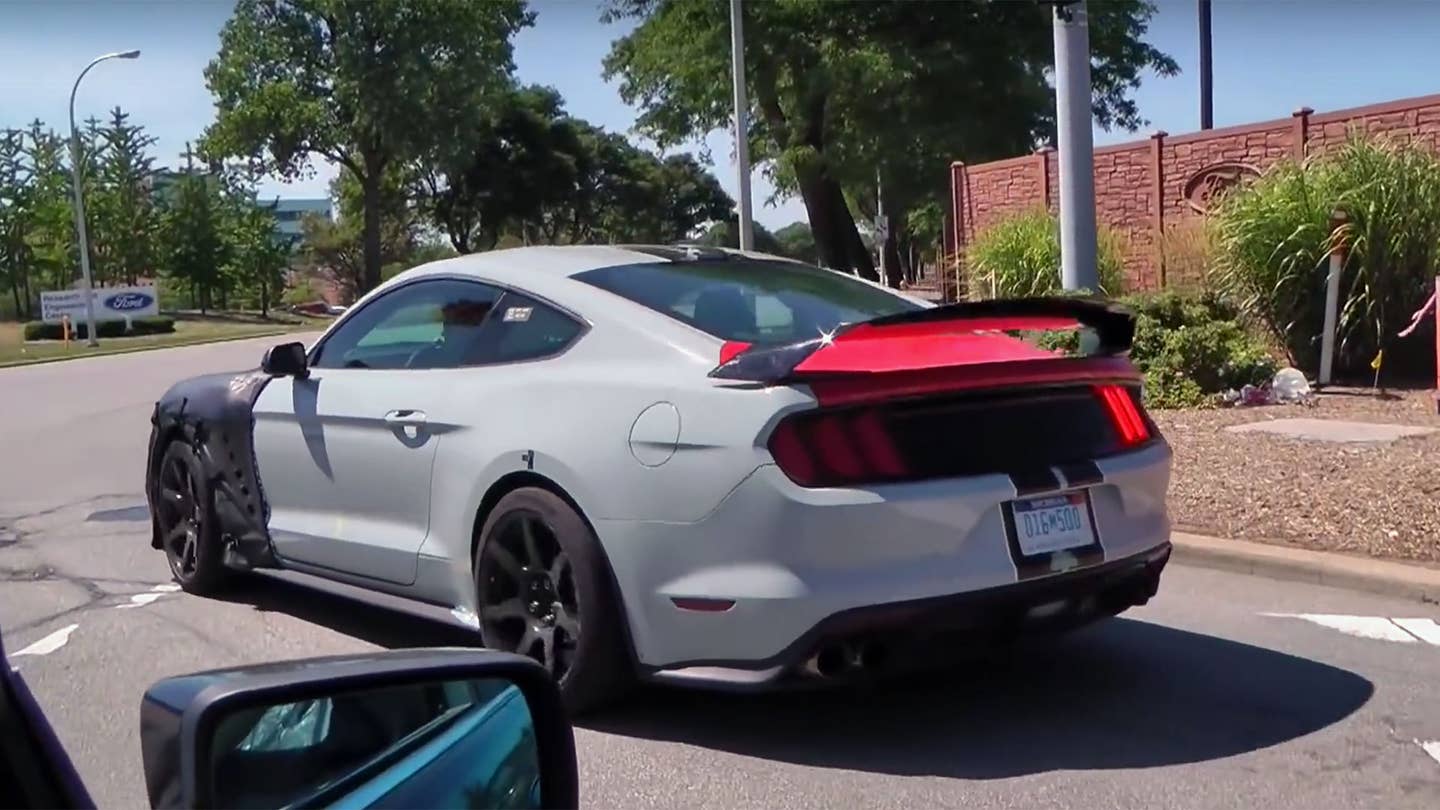 Turn the volume up to 11 for this one, folks. Spy shooters have captured video of what seems to be the new Ford Mustang Shelby GT500 roaming the streets of Dearborn, and while it may be covered in loose-fitting camouflage, there's no disguising the ballsy burble of its all-American V8.

Granted, Ford hasn't officially confirmed that the next Shelby GT500 will have a V8—or even that there will be a new GT500 at all—but considering Mustang fans would likely set fire to Mark Fields's house if the Blue Oval built a top-shelf with anything other than an eight-cylinder engine, it seems about as sure a bet as one can make in this world that the next powerhouse 'Stang will have eight pistons beneath its massive hood.

What sort of V8 the next Shelby GT500 is packing, however, remains a mystery. The folks at Autoweekhave suggested the badass 'Stang will stick with a supercharged eight-pot, much like the previous, 200-mile-per-hour-courting GT500. That doesn't jive particularly well with Ford's current turbo-all-the-things mentality, however. Car and Driver has stated FoMoCo might strap a pair of turbochargers to the GT350's 5.2-liter Voodoo V8, but a twin-snail version of the 5.0-liter V8 like the one Ford debuted in the 2012 Mustang Cobra Jet Concept is just as likely.

(That said, we don't hear any turbo whine in the video below, but that could be all those Dropkick Murphys concerts we went to back in college.)

Either way, we fully expect the 2018 Shelby GT500 to vault the Mustang into first place in Detroit's horsepower wars. The big question, then, is just how far above the Hellcat's 707-horsepower output Ford dares to go. 720 horses? 740? 800? All we can do is wait and see.

Wait, and listen. Lots and lots of listening.

Ford is Working on a GT500 and Another Alleged Tesla Autopilot Crash Has Emerged: The Evening Rush

Plus, a rocking growler from Hydroflask and 50% off camping tents.