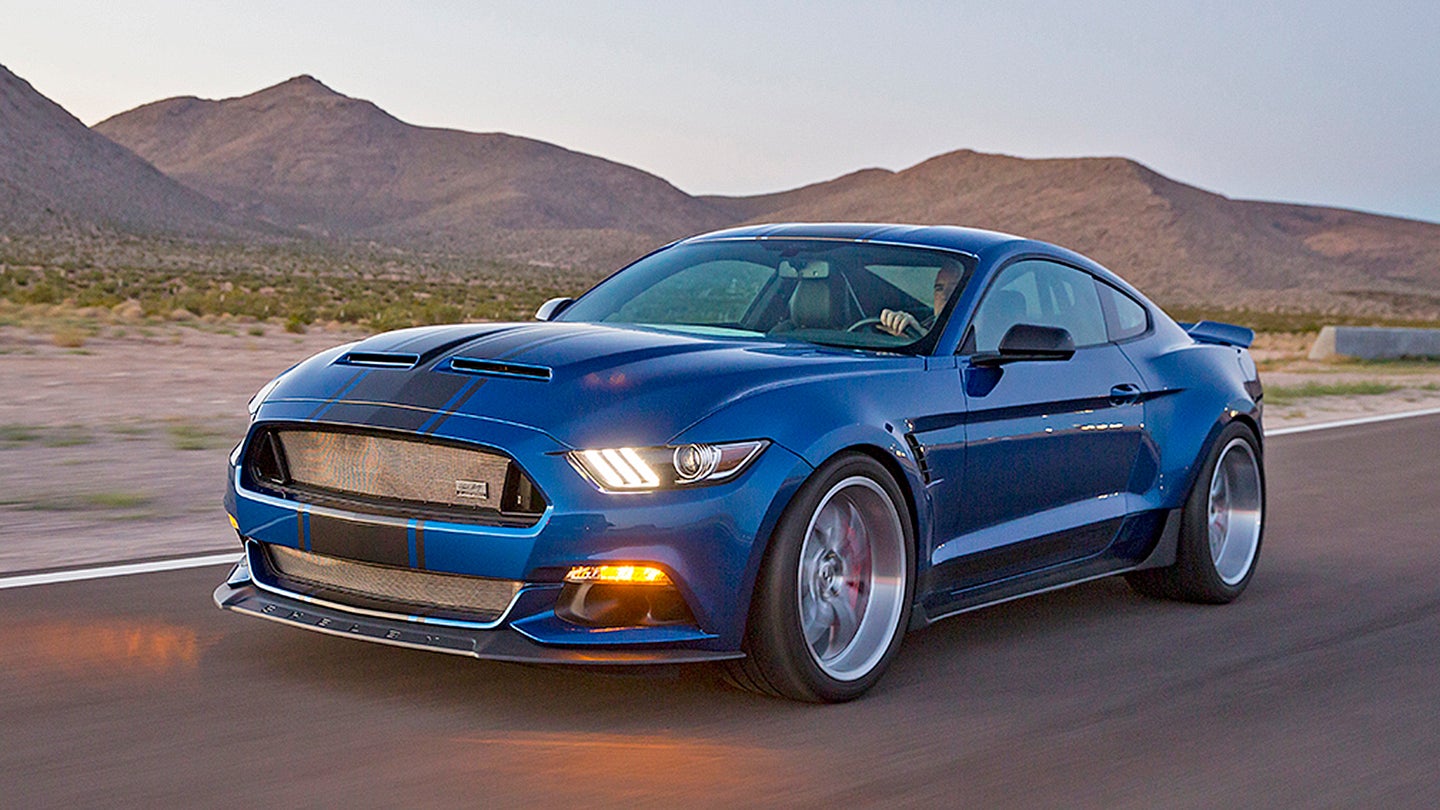 Ford technicians need the info on every car likely to enter their service bays, from the most basic Fiesta to the fastest Mustang. Details about the latter, specifically the 2018 Mustang Shelby GT500, recently found their way into Ford's service portal, with options not yet in production visible alongside the current Mustang offerings, reports The Truth About Cars. These tidbits have the beneficial side effect of providing strong evidence about how the upcoming model will be equipped, not to mention the existence of a 2018 Shelby GT500 in the first place.

Most importantly to Mustang fans, at a time when Ford's philosophy seems to be "EcoBoost all the things," the Shelby GT500 seems to keep a supercharged V8 as it had been rumored, with a 5.2-liter displacement. TTAC's analysis indicates that it will be port rather than direct injected due to the lack of a high-pressure fuel pump like the 5.0 Coyote engine has for 2018. TTAC also predicts that if rumors of the GT500's supercharger are correct, it could generate up to 750-horsepower. This would be sent to the back wheels of Ford's new 10-speed automatic transmission—ironically, developed in a partnership with General Motors and also used in the Chevy Camaro ZL1.

Other tidbits gleaned from the service portal data include a top speed north of 200 mph. Otherwise, the speedometer verification procedure wouldn't have bothered going that high. The brake system diagnosis procedure specifically mentions carbon ceramic brakes, which make sense for a car designed to go that fast. Multiple "powertrain drive modes" will be available, with the addition of Drag Strip and Launch Control modes replacing Track and Snow/Wet in other models. There will also be a Weather mode, presumably to make the massive amount of horsepower easier to handle in conditions other than dry pavement.

Still, all this means is that we have a great deal to look forward to once the GT500 is finally revealed—perhaps soon at the North American International Auto Show in Detroit. We've also reached out to Ford for comment and will update if we hear back.