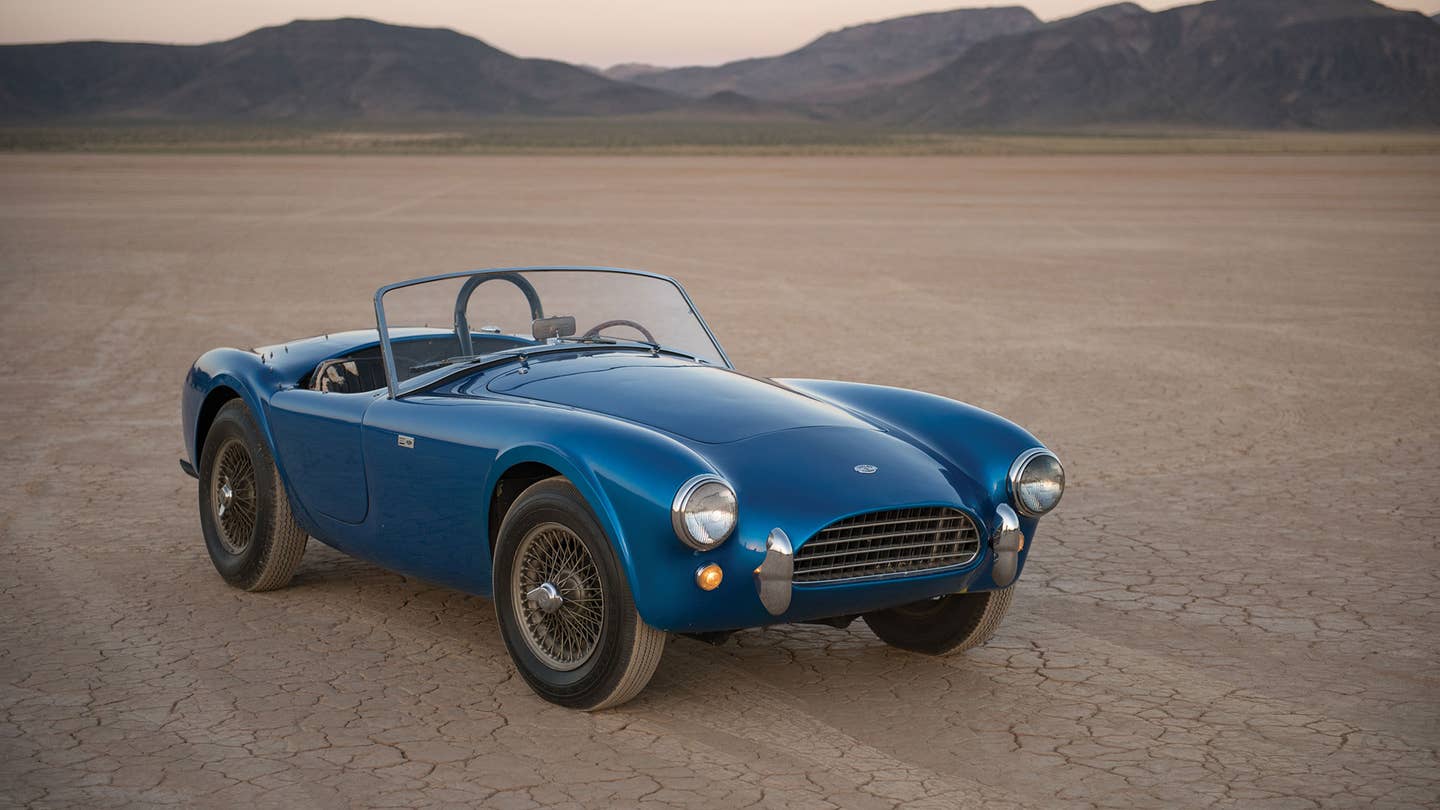 The world’s major auction houses are a little nervous this year, even while they set up camp in Carmel, California, one of the more soothing towns in the world. Sales estimates for vintage and collector cars are down 7 percent this year from 2015’s bar of $396 million, and down further still from 2014’s $400 million high mark. Essentially, sellers of all kinds, from dealers to international auction houses, are going to try and stoke the necessary excitement and drama around sales this year, all while managing expectations. Still, especially in comparison to the art market, whose Impressionist and contemporary arms have contracted significantly, nice cars are doing just fine.

Even the rough, tough American ones—actually, especially the tough American ones. This year, the Carroll Shelby Trust and the Jim Click Ford Performance Collection consigned enough great American Iron—Fords, true Shelbys, and a Dodge—to make the RM Sotheby’s Auction at Monterey one of the great Shelby events of the last decade. Here are the seven not to miss.

Famously, Carroll Shelby was a collaborator. With racing teams, Ford Motor Company, or AC and its shapely body shells. Then, in 1999, he decided to draw his dream car from the ground up: enter the Shelby Series 1 Roadster. It’s mighty quick, thanks to carbon-fiber bodywork and a 320-horsepower V8, and with only 245 built, a de facto classic.

This is it: the world’s first Shelby Cobra. For the car’s debut, Carroll offered the Cobra CSX 2000 to magazines like Road and Track and Playboy, each time painting the car a different color, in part to create the illusion that the young company had a roster of cars. It didn’t—just this one, without which the Cobra 427 or Mustang GT350 would never have existed.

Sick of antiseptic alphanumerics? You’ll love the Omni GLHS, whose acronym stands for Goes Like Hell S’More. (Really.) While it confounded critics, Shelby’s pet project, a 175-horsepower turbocharged hot hatch, was a real performance car, even if its front-wheel drive layout and wee motor were outside of the usual Shelby fold.

Before Mustang GT350s had a flat-plane crank, they had 325-horsepower versions of Ford’s 289 CID small-block. This “R” racing version produces 325 horsepower and won First in Class at the 1967 12 Hours of Sebring in this iconic Mexico livery: white, red and green. The scheme might read Christmas-y to some, but Santa does reindeer, not murderous horses.

Another race-ready GT350, this example features an uprated 425-horsepower version of the 289 Ford engine. A former champion of the SCCA B-Production class, this Shelby is primed for some brutal vintage racing wins.

No one would say now, or ever, that the Shelby Cobra 289 was slow. Still, Shelby saw fit to outfit a little car with a big block, creating an infamously hard-charging and unstable roadster. At least this example has an automatic?

This one’s a racer. With an estimated 450 horsepower and a sheet of historic race wins longer than the car’s 90-inch wheelbase, this is the Shelby Cobra to win next year’s Monterey Historics. That is, if you can stomach racing a $2.5 million car.