It’s hard to argue with a 9.47 second quarter-mile time. 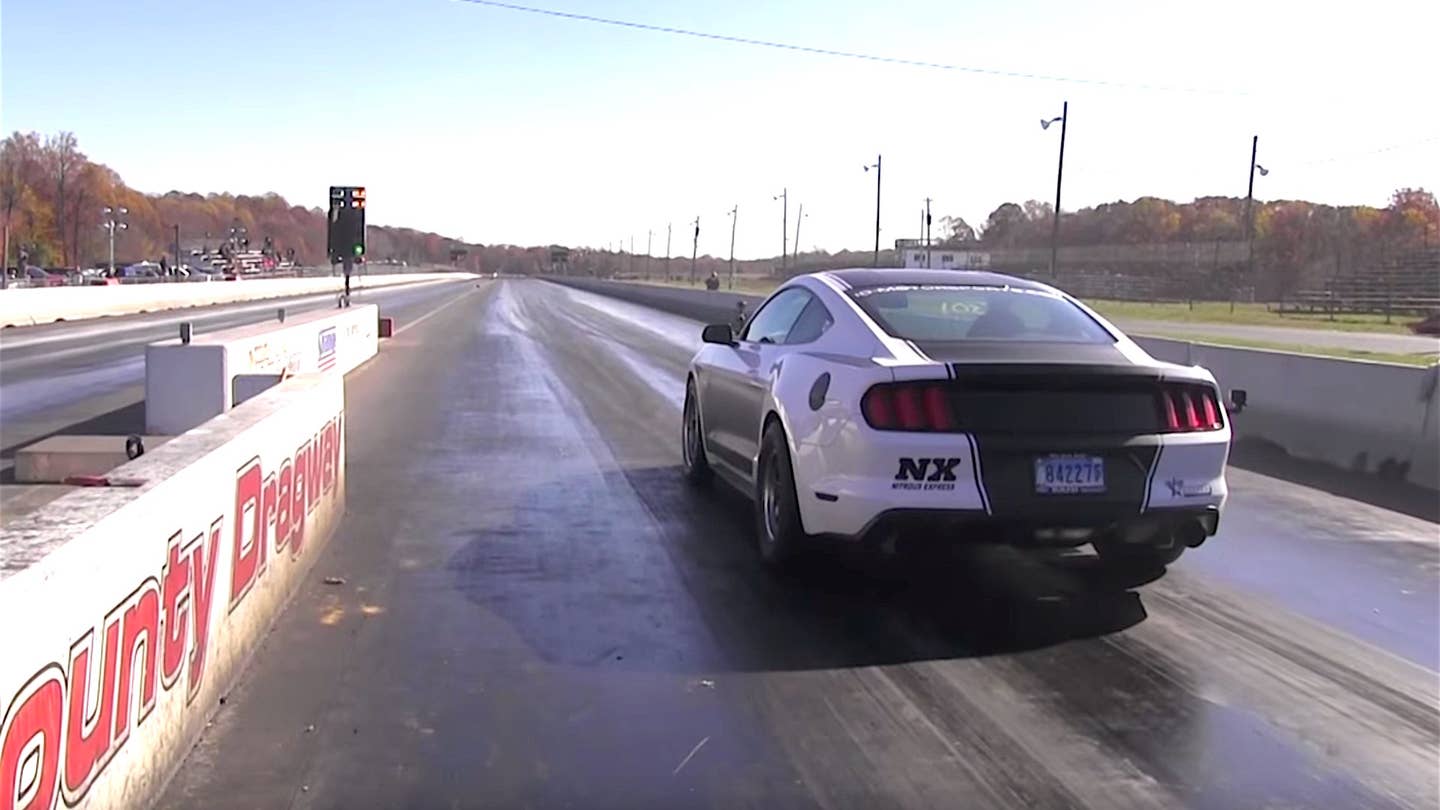 The Ford Mustang Shelby GT500 is nothing to shy away from. In its last iteration, the top-line muscle car from the Blue Oval came packed with 662 horsepower. That was almost enough to convince Paul Ferdinando to buy one, but once he was introduced to this Roush-modified 2015 Mustang, he couldn't look back—and we're not sure we can blame him.

In a video shared to the Roush Performance YouTube page last Friday, Ferdinando explained the thought process behind his choice of buying the Roush Mustang over the GT500—and, more excitingly, what he did with the car after he took it home. That included taking the brand-new Mustang to a drag strip within three days of taking delivery.

Later during Ferdinando's ownership of the car, a phase two supercharged was installed, as were new injectors, an x-pipe, high-performance headers, and a nitrous kit. This led to an immensely 9.47-quarter mile time and a trap speed of 149 miles per hour—all done with an "unopened" motor and a completely stock MT-82. That's how it got its title of allegedly being the quickest current-generation manual-transmissioned Mustang in the world.

Ferdinando explained that he has hopes for lowering that drag strip time even more—still without opening the motor. According to TorqueNews, the Mustang puts out around 850-HP with the modifications it currently has. That's pretty damn serious. And it's incredible that the stock motor and transmission can handle all of that... though it'll be interesting to see how long those last.