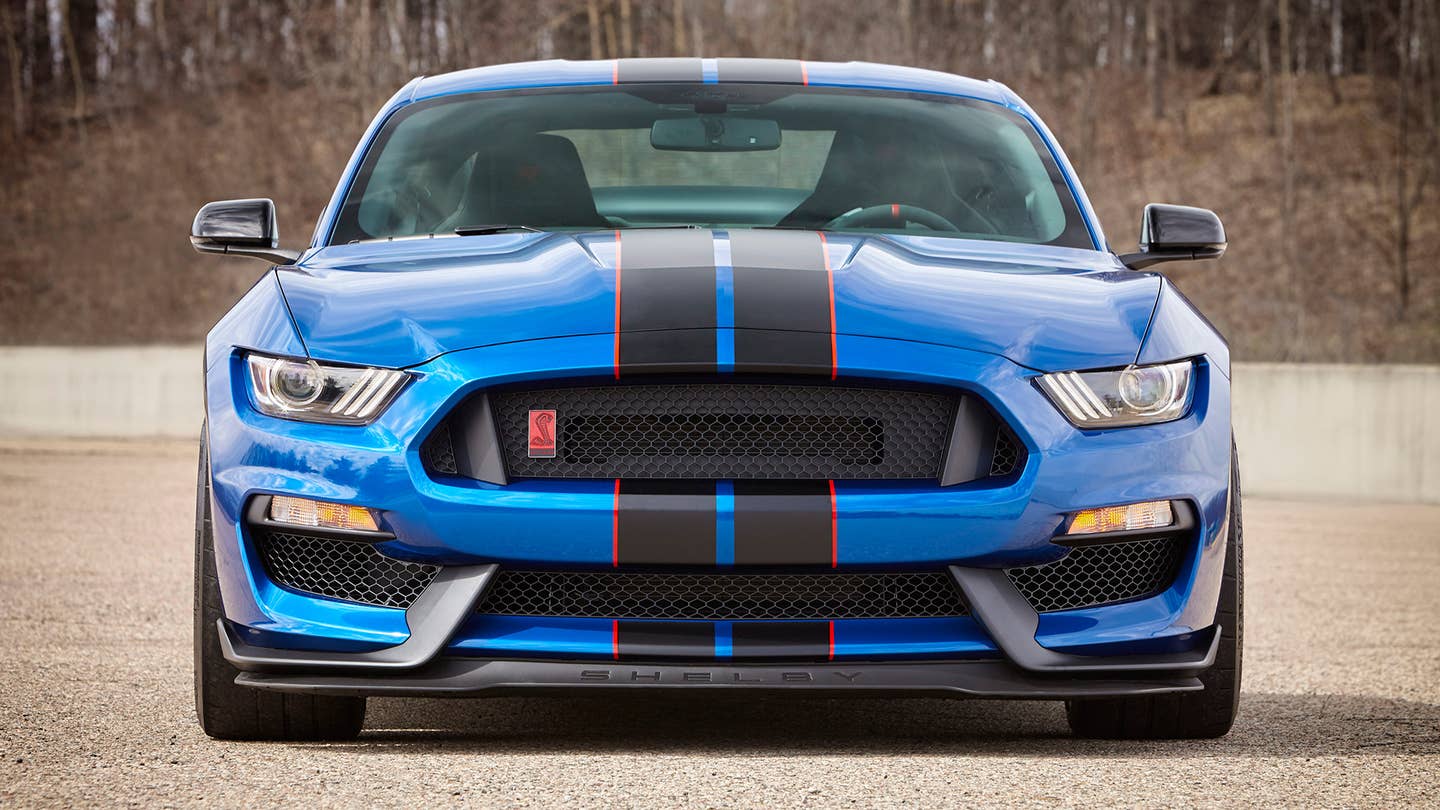 Have your dreams of scaring the crap out of a Cars & Coffee crowd been constantly hampered by a weak left leg? Fear not, friends: Ford may be adding a dual-clutch transmission to the Shelby GT350 in the not-too-distant future.

The news comes from Mustang 6G and Road & Track; the former claims to have found evidence of the planned dual-clutch gearbox (though it doesn’t specify what exactly that evidence is), while the latter claims to have seen the information and considers it accurate. The evidence reportedly suggests the DCT would be added as an option, not as a replacement for the current six-speed stick.

Much like the Shelby GT500 that preceded it atop the Mustang herd, the GT350 and GT350R are only available with a traditional manual gearbox, the way God and Steve McQueen intended. But as every good car enthusiast should know by now, offering a two-pedal version of a sports car isn’t the mark of compromise it once was. Today’s dual-clutch transmissions (and even some torque-converter slushboxes, like the Chevrolet Camaro ZL1’s 10-speed automatic) shift faster than mortal men can.

Indeed, the list of automakers that no longer offer stick shifts in sports cars seems to grow longer by the day: Ferrari, Lamborghini, Jaguar, Audi.  Even Porsche no longer offers a manual in its maximum-attack 911s, such as the Turbo and GT3. (Word on the straße is the next 911 GT3 will offer a six-speed stick, but that’s another story.)

And as much as it pains us to admit it...even when the choice is available, sports cars enthusiasts are choosing two-pedal gearboxes in large numbers. The Chevy Corvette, that eternal bastion of traditional sports car values, is more likely to leave the factory with its eight-speed automatic than not; slushbox ‘Vettes outsold stick shift versions by more than three to one in the 2015 model year.

It’s still not clear whether the GT350 would use a six-speed DCT or a seven-speed one like the one found in the 2017 Ford GT, but we shouldn’t have to wait long to find out. According to Mustang6G’s sources, the 5.2-liter V8—which Ford has said will remain exclusive to the Shelby GT350 and GT350R—will stay in production through at least 2019, before the next-generation Mustang arrives around 2020. With a mid-cycle facelift expected for the Mustang for the 2018 model year—possibly including a new GT500 with a 10-speed automatic—we wouldn’t be surprised to see flappy paddles hanging behind the GT350’s steering wheel by this time next year.