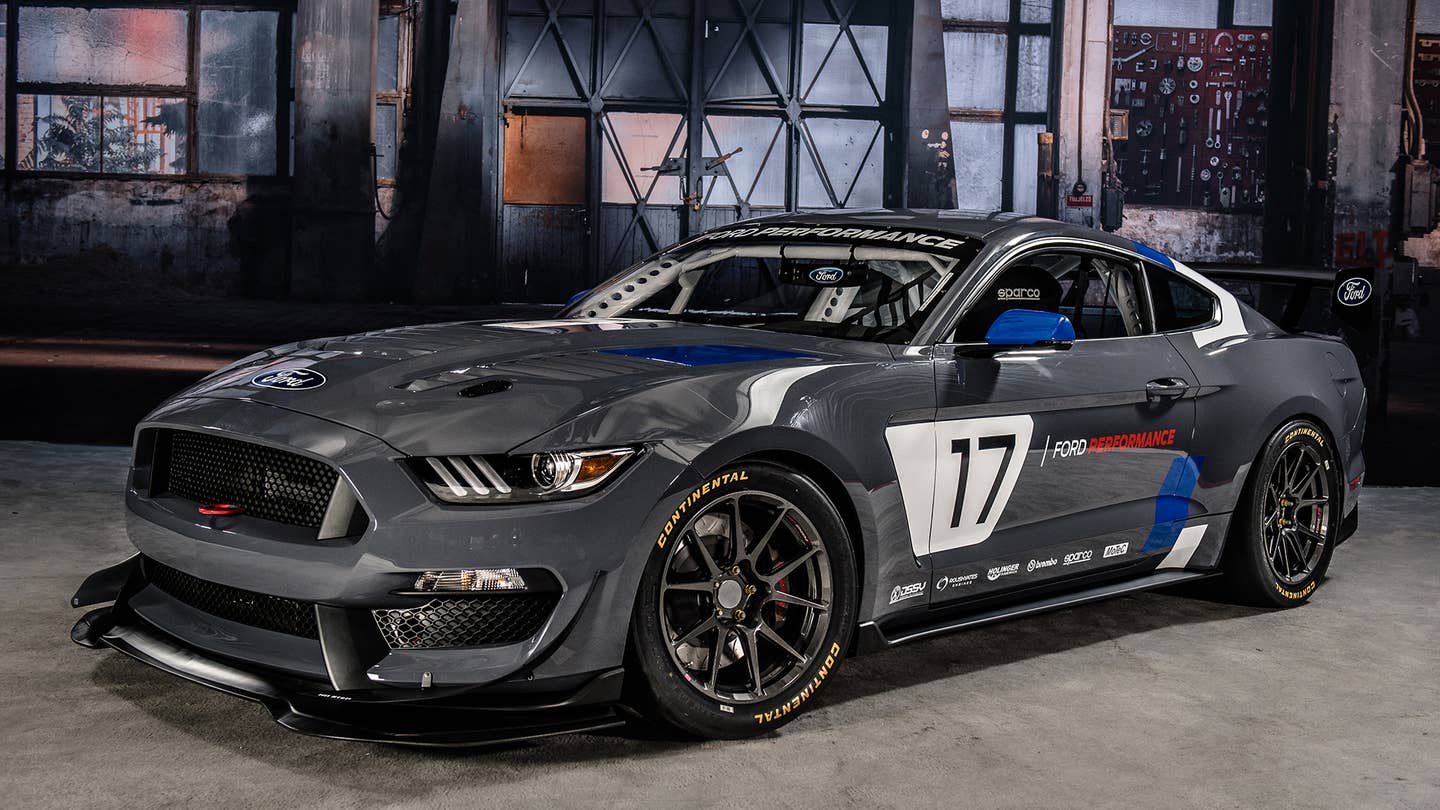 Like its Shelby predecessor, the GT4 will carry Ford’s extraordinarily loud 5.2-liter V8 and six-speed Holinger paddle-shift gearbox. The car also comes with some race-appropriate aerodynamic goodies, including an “aggressive” splitter, rear wing, hood venting, and a diffuser. It also features 18-x-11-inch Foregline racing wheels, with slicks of course, and an FIA regulation safety cage.

The car will be eligible to race in any GT4 series around the world, from the American Pirelli World Challenge and the Continental Tire Sports Car Championship to European GT4 competitions.​

The GT4 is just one of the many GT4 turnkey race cars to debut recently. McLaren, Porsche and BMW have all previously tossed their hat into the GT4 ring, making purpose built race cars available to privateer teams around the world.

Whether the new GT4 will be as successful as the Multimatic duo’s Shelby GT350R-C remains to be seen.

As for the new Ford Performance data app, it's a smartphone-based system that connects to the car's SYNC 3 system to record video and data from track sessions in an easily-sharable format. Cool stuff, as you can see in the video below. But to be honest...we'd rather ogle this Mustang.